John Lawson of Watching Amazon: Where Does the Fault Lie When Facebook and Amazon Privately Share Data?

The year 2018 was a tough one for Facebook, and just when you thought it couldn’t get any tougher news hit towards the end of the year about how they were sharing user data – including DMs – with some of the other major tech firms, like Amazon.

Recently an article came discussed a situation where an Amazon customer was trying to post a review for the book she bought.  But she kept getting notified that due to a rules violation she wouldn’t be able to do it. Well after the news about Facebook sharing information came out, it appeared that Amazon may have used the data to assume there was a “real” friendship that wouldn’t allow for an honest review of the book.

John Lawson and I discuss the implications of Amazon using Facebook data to determine who knows who and how that plays into protecting shoppers on the site.  And what are the wider implications of big tech companies sharing data without telling the folks who’s data they’re sharing.

Below is an edited transcript of our conversation.  To hear the full convo watch the video above or used the embedded SoundCloud player. 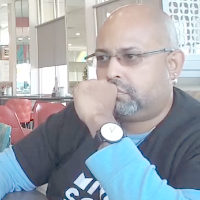 Small Business Trends: Facebook has caught, and rightfully so, lots of hell for sharing data, without telling people, with all the big tech companies.

Small Business Trends:  One of those big tech companies, of course, is Amazon.

John Lawson: It was a book review.

Small Business Trends:  It was a book review, all right, and they kept getting this message saying we cannot publish your review because you violated the rules or something like that. I’m just paraphrasing. Because they said that you knew the author and you could be doing a positive for the friend. That’s paraphrased, but the person was like I really don’t know the author. I follow the author on social media.

John Lawson: Because, they read the book, liked the stuff, wanted to know more about the author, followed him on Facebook, probably on Twitter and all those kinds of things.

Small Business Trends:  But how would Amazon know any of this since the reviewer didn’t have a direct connection to this person-

John Lawson: So nobody could figure out really how this actually came about until this information about Facebook and Amazon being in bed together.

Small Business Trends:  Facebook sharing this information. Now, Amazon didn’t pay anything for this information, but it was shared. And I’m sure there was some quid pro to go with the quo, whatever you want to call it.

Small Business Trends:  But the whole idea is because Amazon was getting this information from Facebook they were able to kind of put together the assumption, ’cause that’s really all it is, that this person trying to leave the book review knew the author, like really knew the author, not just a social media-

John Lawson: They were friends.

Small Business Trends:  They were friends on social media. They [Amazon] actually made the leap, I guess, that because you’re connected on social media with this author, you must be friends, and because you’re friends, you cannot leave a review that could be viewed as an honest review. And then she tried over and over. And so this is how we found out. This whole Facebook thing blew up.

John Lawson: So all right …

See Also: Ever Wish You Had the Same Data As Amazon? Terapeak Says You Can

John Lawson: Let’s go to the historical. This was done years ago, this relationship, and it was really done to make Facebook more relevant at the time and beat down any other competition. So they were like hey, we’ll make deals with these larger lists basically, to help protect this little Facebook thing 10 years ago, right, so I get that.

John Lawson: Right, exactly. I get that, so it’s a legacy relationship. It just happened to come public just recently. And so now it just looks like wow, they just are sloppy with our data, which they give the data-

John Lawson: Open, I think, no. I think they’re just open with the data.

John Lawson: Yeah, and so, I mean, that’s kind of a problem, right?

John Lawson: But then once you have the data, it’s also about what you do with that data.

John Lawson: So it’s like Facebook, yeah, they opened the floodgates. But then to me, I think Amazon took that data and twisted it a little bit, made some assumptions, and the assumptions were wrong, and it ended up blocking this person from being able to write that review-

Small Business Trends:  I agree with you, but I will say Amazon actually did it with the right intent, even though the execution of it was bad. And I say that because they basically were blocking somebody that they thought would be writing, basically, a bogus review, and bogus reviews are really bad. We talked about this, I think, the last time we were on.

John Lawson: Yeah, you can’t do that.  Just because I’m a friend on Facebook don’t mean we are real friends.  But my thing with Amazon is that, that’s a slippery slope.

Small Business Trends:  I agree with that.

John Lawson: When you’re not validating it in any other way other than, hey, they have a connection on Facebook, when we know-

John Lawson: Right, when you know Facebook, you’ve got 5000 followers or friends, nobody really has 5000 friends that they know personally. It’s like, hey, write a book, write a review. So at some level you might just get everybody caught up.

Small Business Trends:  Look, I look it at-

John Lawson: ‘Cause you’re a friend of a friend. Ah, that’s crazy.

Small Business Trends:  I look at my Facebook, I guess the profile and the feed. I know maybe 5% of the people.

John Lawson: Which is amazing, ’cause you only got a hundred friends.

Small Business Trends:  I don’t even have that many. And the mere fact that these decisions are being made based off of that assumption that if you know somebody, if you’re connected so somebody, then you know them. Or they don’t even look at well, how deep is the relationship?

John Lawson: No. No. It’s subsurface.

Small Business Trends:  Remember when Amazon tried to do that, tried to add that social component. So that like you were on a, looking at a product, you say you’re friend so-and-so also looked at that.

John Lawson: Wow, that was, yeah, that was crazy.

Small Business Trends:  So they’ve been trying this for years. Right. And they still haven’t got it right. But I will say this. I think they’re on the right track because once again there’s so much data, and they are trying, they’re attempting to make sure that what they put in front of potential buyers is enough to give them an ability to make a decision. And if for whatever reason, if somebody’s leaving a review and they are suspect in some way, I think it’s good that they’re at least trying to remove the bad, the bogus, the fake news.

John Lawson: Yeah, I mean, you gotta do that.

Small Business Trends:  So I would say they used the data, probably not the right way, but they had the right intention-

John Lawson: Yeah, whatever.  They don’t have the right intentions.  Their intent is always to sell more (stuff). I don’t know-

Small Business Trends: That’s okay. It’s the right intention because people go to that site to what? To buy stuff. So if they’re going there with that intention already, then Amazon is basically saying ‘what do we need to give them so that they buy with the right intention-

… and to get the right outcome.

John Lawson: … you need well sourced information, and that was not-

John Lawson: Don’t get me started. That’s a whole show right there about well sourced.

Small Business Trends:  I couldn’t even say it without cracking up.

John Lawson: But, yeah, I’m glad that this was brought to the forefront. I’m hoping… that other companies start thinking. Amazon starts thinking about how they use this social data, because social data is not necessarily proof.

Small Business Trends:  It’s not even close to being accurate.