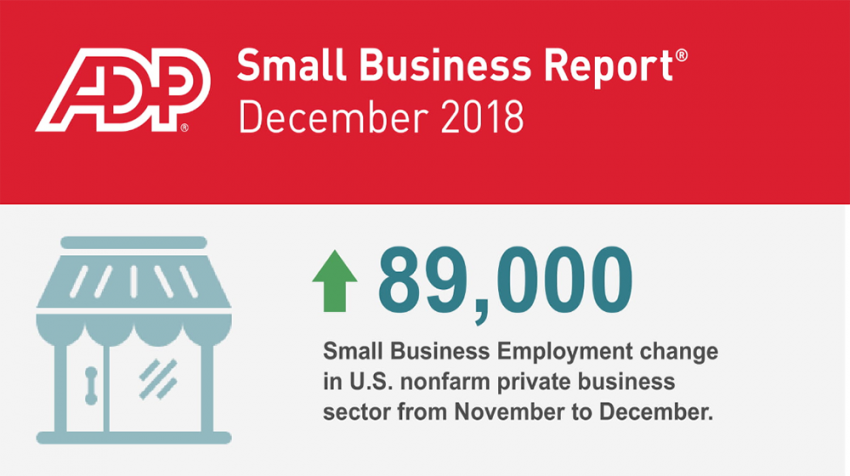 While November managed a respectable 46,000 jobs, small businesses delivered a record high in December 2018 with 89,000 jobs. The high numbers come despite the current tariff battle taking place with China and an erratic stock market which manages to end on the upside after record-breaking downturns.

Although the ADP National Employment Report said there were 271,000 created in December, in actuality, it was much higher than that.

The Bureau of Labor Statistics (BLS), which releases the data days after ADP, revealed there were 312,000 jobs created in December. This number far exceeded the 180,000 jobs the market was expecting for the month.

The 3.9% unemployment rate also represents only the 13th month since 1970 where the rate has been below 4%. Eight of the 13 instances have taken place under the Trump administration.

In addition to the high number of jobs, the BLS also reported nominal average hourly earnings rose by 3.2 percent over the year.

All of these positive economic indicators are leading small business to hire more people and look for more growth opportunities.

The small business employment report is comprised of very small organizations with 1-19 employees and those with 20-49 employees.

For the month of December, businesses with 1-19 employees added 25K jobs, while those with 20-49 contributed 63K jobs. This is considerably higher than November when each segment delivered 13,000 and 33,000 respectively for a total of 46K.

A further breakdown of the data reveals the goods-producing sector created 21,000 jobs. This came to 7,000 jobs by very small firms and the remaining 14K jobs were created by other small businesses with 20-49 employees.

In November the goods-producing sector only created 5,000 jobs, which makes the more than three-fold increase December managed to generate that much more impressive.

The majority of the jobs were created by the service-providing sector. It was responsible for a total of 68K jobs which was divided into 19K and 49K between the very small and other small businesses.