Warning: “GDPR Extortion” Could Hurt Your Business, Here’s What to Do! 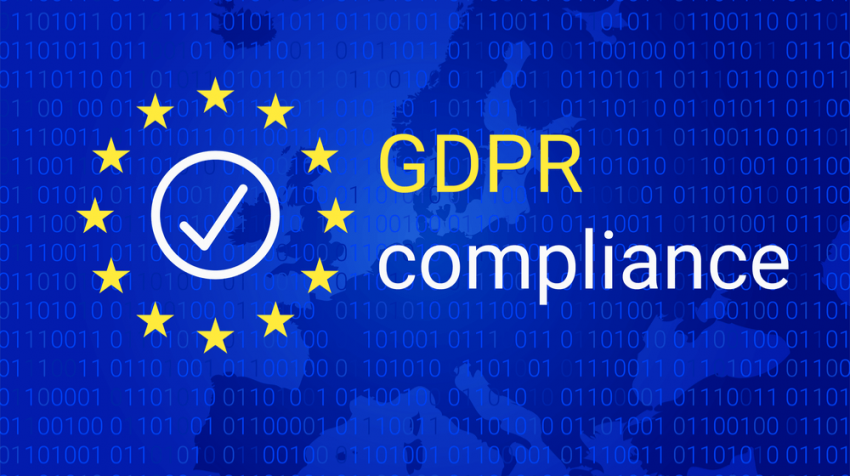 Most US-based business leaders are at least somewhat familiar with the GDPR (EU General Data Protection Regulation.) Although this broad set of data regulations is designed to protect the privacy of citizens in the European Union, it will significantly affect US businesses as well. It will also likely lead to a new and costly cybercrime: “GDPR extortion.”

How will EU-based data regulations affect businesses in the US? What is GDPR extortion? How can businesses protect themselves? These are the questions I’ll address in this article.

GDPR In a Nutshell

As the most comprehensive set of data-security regulations in history (99 articles organized into 11 chapters, to be exact,) the GDPR is raising eyebrows and anxieties worldwide.

That’s because capturing customer data helps businesses in all industries improve marketing, sales, customer service and many other efforts. Now, thanks to GDPR, companies have to collect data much more carefully.

GDPR gives EU citizens something that doesn’t exist in the US: the right to personal-data privacy. What kinds of regulations are included under this set of laws? Although GDPR gets quite complex, here’s a brief rundown.

An EU citizen’s right to data privacy now outweighs a businesses’ interest in collecting their data. Therefore, under GDPR, each EU citizen has:

How GDPR Affects US Businesses?

Before diving into what GDPR extortion is, I must stress why US businesses are not in the clear here.

If your US-based business offers services to EU citizens or collects personal data about EU citizens, you must comply with GDPR regulations. Some of the US industries that are most likely to fall under GDPR include travel, hospitality, SaaS and ecommerce. However, any US-based business with a market in the EU should make preparations to meet the requirements.

What are the consequences for failing to meet GDPR requirements? Fines could be as high as €20 million ($22.7 million), although it’s not yet clear how such EU payments are going to be enforced in the US.

But the consequences for falling short of GDPR compliance extend far beyond debilitating fees. Companies with a large EU customer base could also face losing their good standing with a market of more than 510 million people.

With the threat of eight-figure payments on one hand and the possibility of sacrificing EU-customer trust on the other, many US businesses have no choice but to retool their data-management framework to comply with GDPR.

As if the steep consequences associated with GDPR noncompliance aren’t worrisome enough, EU and US business leaders have yet another reason to lose sleep: “GDPR extortion.”

The mad dash of executives who are scrambling to prepare for GDPR is creating a perfect storm for cybercriminals. If a business isn’t GDPR compliant, and if their devices are unpatched and unprotected, a hacker can gain access to the businesses’ data and make an ominous ultimatum: Either pay the hacker a specified sum of money or the data will be leaked – a scenario that would also lead to crippling fines.

A hacked company will have a choice at this point. Either appease the criminal(s) or inform the ICO (Information Commissioner’s Office) of the data breach, per GDPR requirements.

Cybercriminals know that many companies will opt to pay the hackers rather than face even larger GDPR fines. Also, in an attempt to avoid public outcry, business leaders will often pay a cybercriminal and try to keep EU citizens in the dark about the data breach.

In spite of the temptation to pay a hacker, a business that’s fallen victim to a cybercrime should stand its ground rather than negotiate with criminals. The best course of action is to inform the ICO of the breach and work with them to mitigate the damage. Why? There are at least four reasons.

Patch Your Entire IT Environment

The best protection from GDPR extortion is to block hackers from entering your system. Cybercriminals are always on the lookout for businesses with unpatched and vulnerable devices, and for good reason. Even companies as large as Equifax have been breached because of unpatched servers.

Patching is the repairing of system weaknesses that have been uncovered after hardware and software has already been released. It sounds simple enough, but the process is daunting and complex.

Think of all the components that need to be patched. Servers and routers, operating systems, applications, email clients, desktops and laptops, mobile devices, firewalls, office suites and more. And as any IT professional will agree, just a company’s servers alone can turn into a patching headache.

Because of the complexity involved, and with so many components that could become open windows for cybercriminals, smart companies implement a patch-management process to keep track of it all automatically. Cloud Management Suite, for example, enables IT managers to continuously patch every device and software package their company uses, regardless of their operating systems.

Because many hackers gain access to vast amounts of personal customer data simply by outsmarting employees, it’s crucial to educate your staff about cybercriminal methods. A mandatory “social engineering” should be held for employees and executives. A few important topics to warn employees about include:

It’s also helpful to educate employees about GDPR and GDPR extortion. Becoming GDPR compliant (discussed next) can be a laborious process, so the more knowledge your staff has about its importance, the better.

Besides denying hackers access to a company’s sensitive data, any business with an EU market should become GDPR compliant. Although the process is labor intensive, it’s well worth it.

Businesses who spend the time and effort to meet GDPR requirements prove to the European Commission and other authoritative bodies that they care about the privacy rights of EU citizens. Such efforts are likely to minimize any imposed fees or other consequences of a data breach.

Honest companies who work toward compliance find it easier to win over their market. Whether in the US or the EU, consumers value honesty.

Businesses that do everything in their power to meet global regulations and operate transparently are quick to gain a competitive edge.

Itai Elizur is the COO at InboundJunction, a content marketing agency specializing in helping B2B and SaaS companies to increase their online visibility. Itai has worked with some of the biggest tech companies in Israel, helping them develop and optimize large-scale user acquisition strategies through content, brand messaging and marketing automation.
One Reaction
Subscribe
Follow @smallbiztrends
RSS LinkedIn Pinterest iTunes