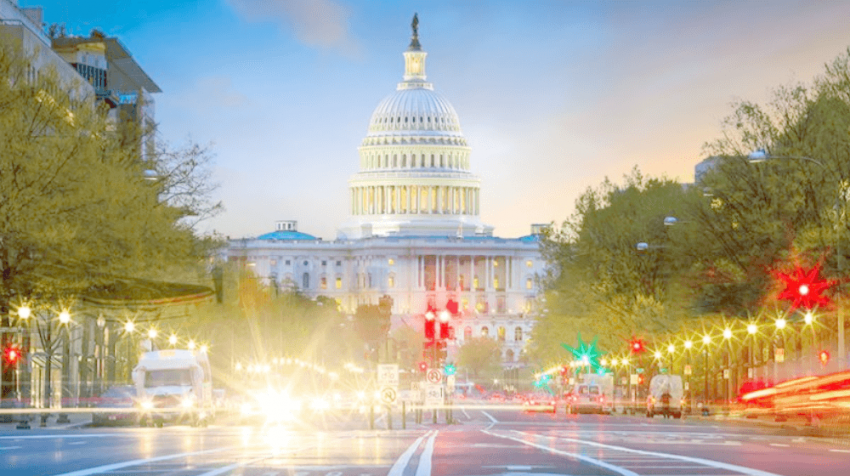 We’re off and running as we close the first full work week of 2019. But one thing that’s not running right now is the federal government.

The government shutdown has gone on for close to 3 weeks now. And it’s starting to take its toll on small businesses.

We took a look this week at how the shutdown is impacting small business across the country. That impact may surprise you and could even include your business, at least indirectly.

Of course, you can’t shut down your business. This week, Zoho introduced some management software to help streamline your business’s operations.

To find out what else is happening this week in small business news, check out our weekly roundup below:

Roughly 2.4 percent of the Americans in the workforce quit their jobs in the past year, the fastest rate since 2001, according to the Bureau of Labor Statistics (BLS). The BLS’s most recent version of the Job Openings and Labor Turnover Survey (JOLTS) found that an average of 3.5 million Americans quit their jobs every month in 2018.

According to the SBA, small businesses employ nearly half (47.5%) of all workers in the U.S. If you have employees, your payroll likely is different for 2019. While the federal minimum wage rate is unchanged for 2019 ($7.25 per hour), state and local rates apply if they are higher than the federal rate.

One-third of Small Businesses Start with Less Than $5,000

Chick-Fil-A Franchisees will be Part of No. 3 Fast Food Restaurant in US

Despite ongoing criticism from activists, fast food chain Chick-fil-A is projected to become the third largest restaurant chain in the U.S., according to an analysis from Kalinowski Equity Research. The fast food chicken chain was expected to rise from its seventh-place spot to rank as the third-largest U.S.

Ice cream and frozen yogurt businesses can be found in nearly any community. But Reis & Irvy’s still thinks there’s room for disruption in the industry. Reis & Irvy’s does sell frozen yogurt. But that’s about where the similarities end. Instead of a storefront or stand, the company operates a series of machine-operated kiosks.

For the consumer electronics world the end of each year is a time to look forward to the biggest event for the industry, the Consumer Electronics Show (CES) in Las Vegas. LG was out the door early by introducing its ultra-light gram laptops weeks away from CES 2019 with the new LG gram 17-inch and a new line 14-inch LG gram 2-in-1 with pen support.

A new free cyber security program put together with big business and Obama-era experts is focusing on small businesses. Small Business Trends got in touch with Kiersten Todt, Managing Director of the Cyber Readiness Institute, to find out how the Institute plans to tighten up what’s generally seen as a lacking of preparation for cyber attacks among small businesses.

Samsung has just announced two new versions of its Notebook 9 Pen 2-in-1 PC with a built-in S Pen will be available in 2019. The revamped versions come shortly after the 2018 release, which didn’t have the traction Samsung was hoping for.