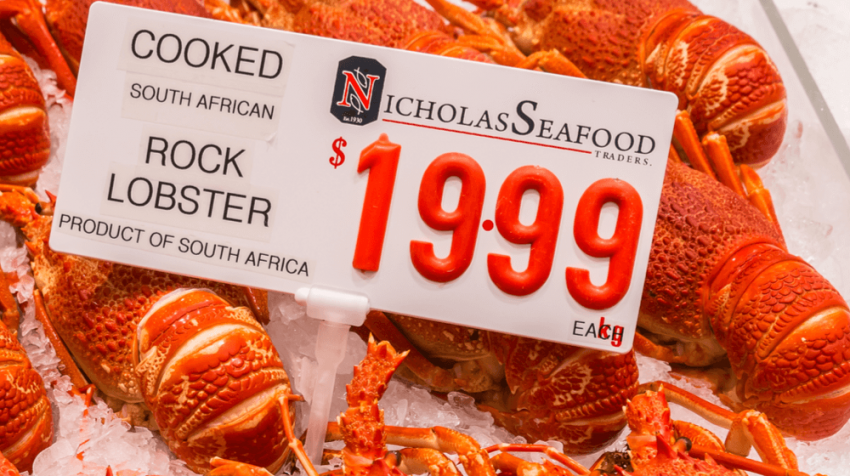 As a business, how you price the products and services you offer will in great part dictate the long-term success of your company.

The simple act of pricing something with .00 or .99 can have a considerable impact on the purchasing decision of your customers.

A new report from Stripe titled “The Effect of left-digit bias” looks at how merchants may be leaving money on the table because of the wrong online pricing strategy. As a matter of fact, 70% of the merchants in the report were possibly guilty of this practice.

This is an important point to take note of for small businesses because more of them now have an online presence.

As to the impact of the .00 or .99 price strategy for online businesses, in the emailed report Stripe said, “The impacts of simple price adjustments may be big, and we estimate the adoption of “9”-digit pricing could increase subscription revenue by several percentage points.”

The sheer volume of the data Stripe used for the report makes the results noteworthy and one online business should pay attention to.

It represented over two million monthly plans, products, or subscriptions at more than 100,000 merchants from 2012-2018.

As the report says, researchers have been exploring left-digit bias for some time. It goes back all the way to 1936 when Eli Ginzberg reported the results from a mail-order catalog experiment.

In his finding, Ginzberg said a one-cent price difference, from $1.99 to $2, could have outsized impacts on demand.

A 2018 study for food purchases under $10 showed left-digit bias greatly impacted purchasing decisions. This included the sale of the same brand, size, and flavor of ice cream sold at $4.99 vs $5.00.

For online subscription services in the US, prices ending in 9 accounted for 28% of the merchants, while those ending in 0 were slightly higher at 30%. 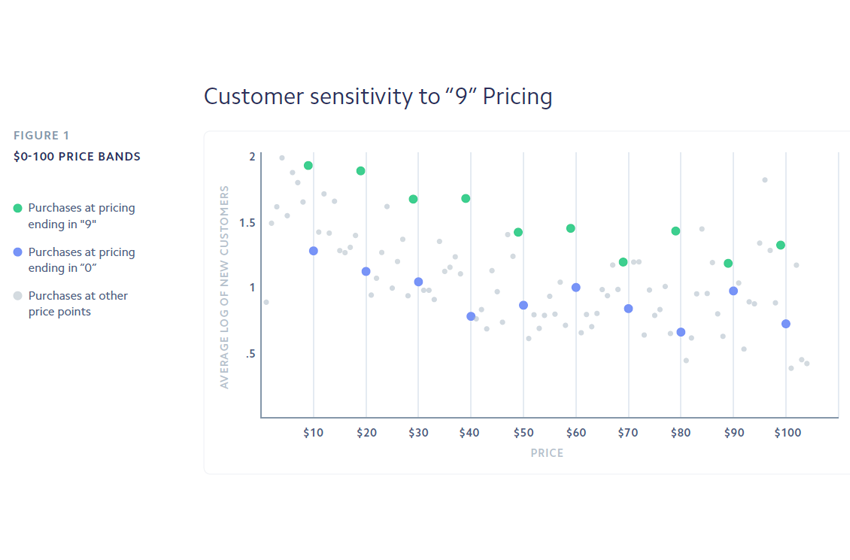 When it comes to buying products, new customers make more overall purchases that end in a 9 for items which cost under $10. However, Stripe says it also extends to items costing $700, $800, or $900.

This goes against the practice which says luxury items should end in 0. Stripe adds, “This should serve as a wake-up call to merchants who believe that luxury items shouldn’t end in “9” — they may actually be missing out on significant gains.”

Should You Use Psychological Pricing Online?

Based on the findings of the report, Stripe recommends large online merchants to consider testing 9-digit pricing. It goes on to say by setting this pricing strategy on portions of the products, a merchant can gauge any increases in sales.

Evidence of this practice has resulted in higher purchases by consumers for items ranging from $.99 to hundreds of dollars.

For smaller merchants, Stripe says 9-digit pricing should be set as a smart default. This is because pricing experiments for small businesses take too long and generate data noise which can create unnecessary complications.