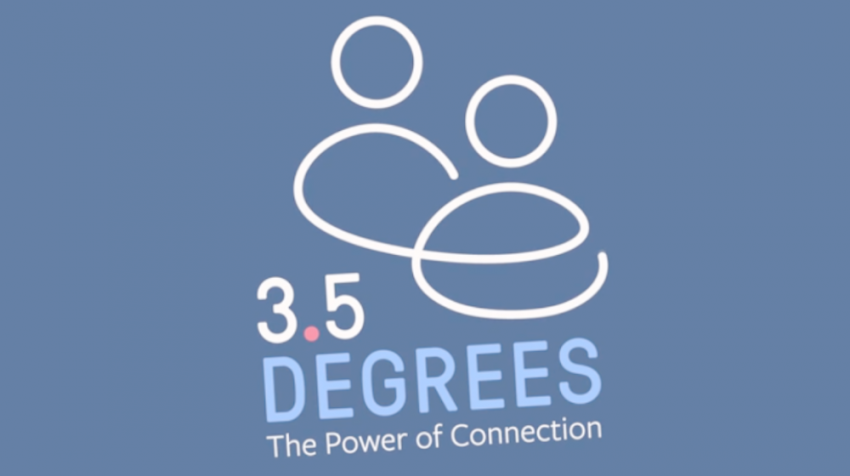 Facebook’s (NASDAQ: FB) new podcast exploring the unique interactions of small businesses in our shrinking internet-based world launched today. “Three and a Half Degrees: The Power of Connection,” is named after a 2016 study released by the social media giant that found the internet has brought everyone closer together, halving what was once thought to be the six degrees of separation between people down to three.

The inaugural episode “The Power of Social Good” features TOMS founder Blake Mycoskie and Two Blind Brothers’ founders Bryan and Bradford Manning. The episode focuses on the latest generation of entrepreneurs who care more about products and services that have social value than just the ones that prioritize profit.

Mycoskie’s business, TOMS shoes was built on a “one on one” model where for every pair of shoes purchased, the company buys a pair of shows for children in need. Eventually TOMS spawned copycat businesses designed to help others. In this first episode, Mycoskie is introduced to two brothers who were inspired by his business model to start their own charitable T-shirt company.

One of the takeaways from “The Power of Social Good” was the idea that doing social good doesn’t mean small businesses can’t make money. In fact, the podcast showed clearly how being socially conscious becomes part of a business’s DNA and doesn’t have to affect its bottom line.

The second installment of the podcast will pair a small startup with a representative from a corporate giant in the burger industry to talk disruption and pathways to success. Other episodes will tap into how Marines have used skill sets they developed on the front lines in places like Afghanistan and Iraq to help employees at home. Other topics will include the power of cognitive diversity and the wisdom that comes with age.

The new podcast is designed to explore how the new proximity created by the internet affects small businesses and the benefits, challenges and opportunities this proximity produces. Facebook says the podcast will strive to bring together business people from different industries that might not otherwise meet, exploring common ideas and visions.

Three and a Half Degrees: The Power of Connection is hosted by David Fischer, Facebook’s Vice President of Business and Marketing Partnerships, and will feature 7 episodes.

Fischer is in charge of Facebook’s advertising department and manages the company’s global sales and marketing teams worldwide. He previously served as Deputy Chief of Staff of the U.S. Treasury Department and played a role in globalizing Google’s business and operations when he worked there.

Fischer said Facebook selected participants who would discuss different ideas and experiences as well as their visions and values.

“We hope to reach aspiring entrepreneurs, business leaders and people in their local communities who are looking to learn valuable life lessons about starting a business, leading teams and continuing to grow,” he added.

Three and a Half Degrees Podcast Episodes

Here’s a rundown of the episodes in the series. They will launch every two weeks.

See Also: What Can Small Business Learn From the Rich and Successful? 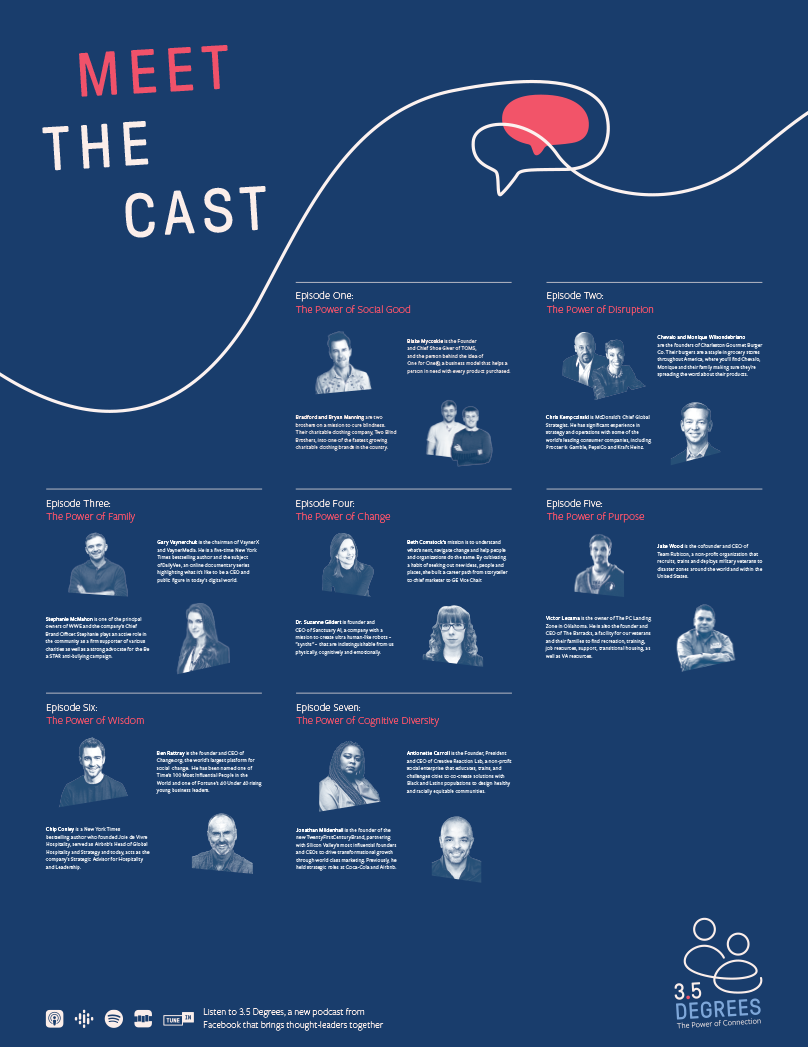 If you’re looking for a way to listen you can get  Three and a Half Degrees: The Power of Connection in most of the places where you normally get your other podcasts. Facebook has decided to launch officially on Spotify, Google Podcasts, TuneIn, Stitcher and a variety of other networks like Apple Podcasts.