Raju Vegesna of Zoho: High School Grads Get Tuition Free Training through Zoho University – and 1800 Get Jobs with the Company

I’ve been on a bit of a kick to start the year on the theme of “doing good and doing good in business.” The result can make for win-win outcomes and opportunities for small businesses to build important relationships.  And during this week’s Zoho Analyst Day among the presentations focused on the road ahead for the company in terms of product roadmaps and what it mean for customers, there was a lot of discussion on corporate culture and philosophy.  And while there are a number of areas where Zoho blazes their own trail and does things differently than most vendors in the industry, one of the most interesting and impactful is Zoho University. Zoho University provides kids who might not be able to attend a traditional university an opportunity to learn important math and technology skills – tuition free!

To learn more about the program, my CRM Playaz partner Paul Greenberg and I had a chance to sit with Zoho’s Raju Vegesna to learn more about the program, how it fits with the company’s overall culture and philosophy, and how the program has led to Zoho hiring 1,800 Zoho University graduates – equating to roughly a quarter of the company’s 7000+ employee base.  This definitely is a case of doing good and doing good in business leading to a win-win outcome.

Below is an edited transcript of our conversation. To see the full interview, watch the video or listen to it using the embedded SoundCloud player. 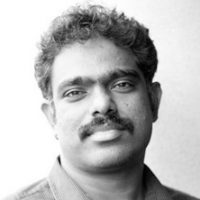 Small Business Trends:  This is Analyst Day number four, and it’s already bigger and better than the previous three years, so congratulations.

Raju Vegesna: Thank you. Thank you for joining us.

Small Business Trends:  One of the things I think we can talk about is what you guys are doing with Zoho Academy (University), and some of your social good stuff. So, why don’t we talk a little bit about that.

Raju Vegesna:  Sure. Zoho University is something that started back in 2004. A long time already.  The fundamental idea was different. One, we don’t believe in a few things, which is student debt. People getting into debt, making them debt slaves, and we philosophically are opposed to that. We said, “What can we do about it?” And so, we started … And that’s the point number one.

Second point, where there’s no correlation between your performance in school and your job work. Then we said, “Why are we even asking peoples resumes, and college degrees for hiring? Why don’t we radically not do that, and then hire people?” So, we said, “Okay. Let’s start hiring young kids out of high school.” And then instead of just hiring any kids, obviously, we looked and went to high schools, talked to the management and said, “Point us towards kids who would otherwise not consider higher education, not have the resources, or they would have very significant debt to even consider higher education.” We said, “Why don’t you point us to them?” And they did.

So, we went to six different kids and to their parents, and said, “Hey. This is a program we are thinking where we will train your kids for about a year and a half, and basically for free.” And on top of it, because in some cases they come from some stressed and tough economic situations, we said, “Instead of you paying us we will pay you, so that you don’t have to go through …” The last thing you want to do is them going through additional stress, because they are taking this education-

Small Business Trends:  Okay. Let’s stop right there for a second.  So, you are basically looking for folks, kids that might have had a tough time to get into a college anyway whether it’s a financial hardship, or maybe their grades weren’t up to snuff. So, you’re giving them an opportunity to come in, and learn a valuable skill and trade, in technology-

Small Business Trends:  And you’re saying not only do you not have to pay tuition, you actually make money while you’re doing this.

Small Business Trends:  I just want to make sure I got it. Can I sign up for this?

Paul Greenberg:  I was just thinking the same thing. I want to go back to school, can I get my MBA here?

Raju Vegesna: And fundamentally at the human level you realize that people have talent. Everyone has some talent, or another. Now, it’s the responsibility of the team, of the manager of the young technician, to recognize what that talent is, and put them in the right place to succeed. When a company hires someone, you just hired someone for the job, and if they don’t meet the requirement you usually just replace them with someone else. We don’t look at it that way.

We hire people who became excellent programmers, but then we realized that they have a different talent. They’re also an artist, or a musician. In some cases they are good with, say, public speaking. We said, “Okay. Why don’t you do that too?” And that is part of the culture.

Now, we really cannot take it for granted, but that’s another thing when we take someone into Zoho University program we don’t say, “You’re being brought in for the programming thing.” No. What we teach them is basic math, basic science, communication skills, and programming. But programming is just one portion of it. If you realize that they are good at marketing, well, that’s one of our field that helps us identify what their talents are, because at that age they themselves don’t know what they’re good at. So, it’s also helping them realize what they are good at, and then making sure that we put them in a position to succeed.

That’s a fundamental idea behind the Zoho University. It started with six folks in the first batch. Now, here we are in 2019 we now run two batches. Each batch is now, I think, 200, 250 people. About 1,800 of our 7,000 employee base came through Zoho University.

Raju Vegesna: I was about say that about 1,800 employees do not have a college degree.

Paul Greenberg:  Well, that your culture is just generally like that. I remember two or three things that really struck home with me, not when I was first meeting you … What? We’re close to 18 years now-

Paul Greenberg:  One was that, as you said, you’re encouraging people internally to utilize their other talents and skills. And I remember a story that Sridar, your CEO, told me about a farm he had where he was examining, I think, it was a dozen ancient grains for seeing which one was sustainable. And that struck me, amazingly, first of all. But then he told me the person running the farm used to be a Zoho programmer, who when he found out her degrees, and so on he said, “Well, I’ll tell you what. I’ll pay you in fact you’ll do better, and I will make you the head of this so you can actually live out the dream you actually set out to have, and at the same time certainly makes the farm work better, and potentially significantly advance humanity.”

The other thing that blew me away, I remember, I think it was you, or Sandy, or someone telling me about you have your own dance troupe. Right?

Small Business Trends: And, actually, the way this particular office is designed he [Raju] actually had a hand in it.

Raju Vegesna: That’s another thing that Sridar noticed; that I’m interested in design. He came to me and said, “Hey. Why don’t you design this?” And I actually had a design up, and then realized that- It’s part of the learning, and that learning is spread to other divisions as well.

What we noticed was this external person cannot design an office, because we know the culture, we know how the company works, we think the spaces should reflect the culture. It should enhance this. But an interesting piece in absence of art … Like take this particular table I handpicked this particular table. Why? Because this is not a conference table, this is a dining room table. There is no work table anywhere. I made it specific to this. Why? When people come to the office I want them to feel like they’re going home. They want to come to the office. So, every element here is actually purchased from your home element from sofas to dining room tables to everything single element.

So, again, the space should reflect the company.