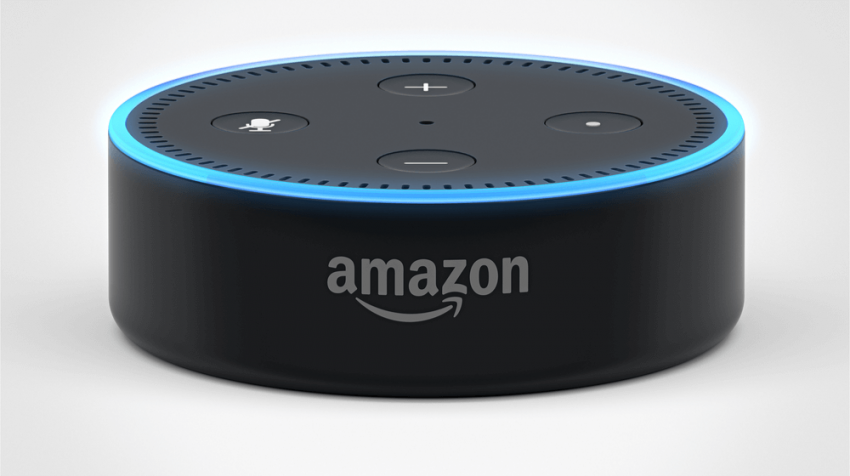 Most people associate voice technology with the assistants on their smart phone or connected devices at home. But as the technology improves it is optimizing the workflow in organizations across a wide range of industries.

A study by Uberall, Inc. looked at marketers to determine how they feel about interactive voice technology. For this particular group, Alexa came in number one with 48% of the respondents stating it has more marketing potential than other voice assistants. 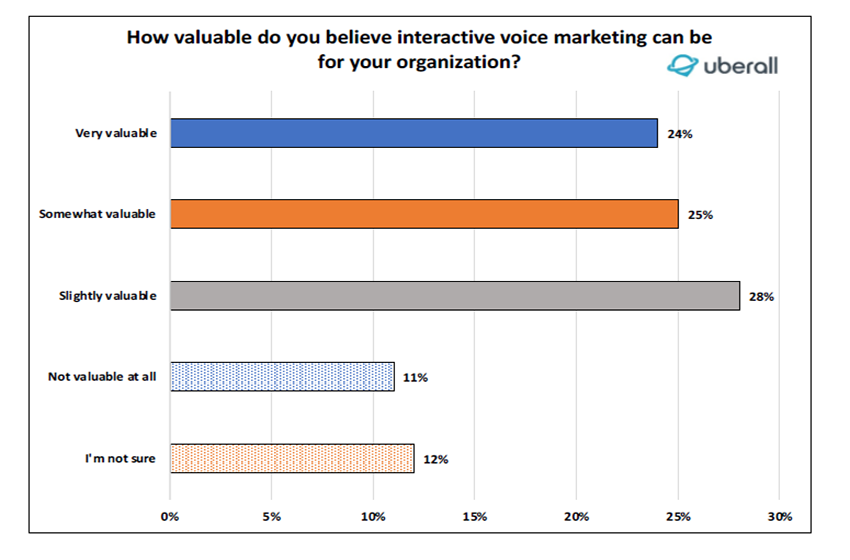 The survey was carried out with the participation of 300 small business marketers throughout the US. And even though voice technology in the industry is growing, more than a third or 38% of marketers said they don’t do anything with voice.

In a press release, Florian Huebner, Uberall Co-CEO and Co-Founder, addressed the adoption rate of the technology. Huebner said, “With voice technology still in its infancy, it’s possible that SMBs are waiting until it matures — either from a scale or technology point-of-view — before making it a more prominent part of their marketing strategies.”

Huebner also said the learning curve on best practices and campaign development may be delaying investments in the technology.

One of the biggest takeaways from this survey is voice is not a major part of most small business marketing budgets. But more than one third or 35% said they are increasing their investment in voice.

The majority of marketers also believe interactive voice marketing has value. Close to a quarter or 24% said it is very valuable, 25% think it is somewhat valuable, and 28% said it is slightly valuable. 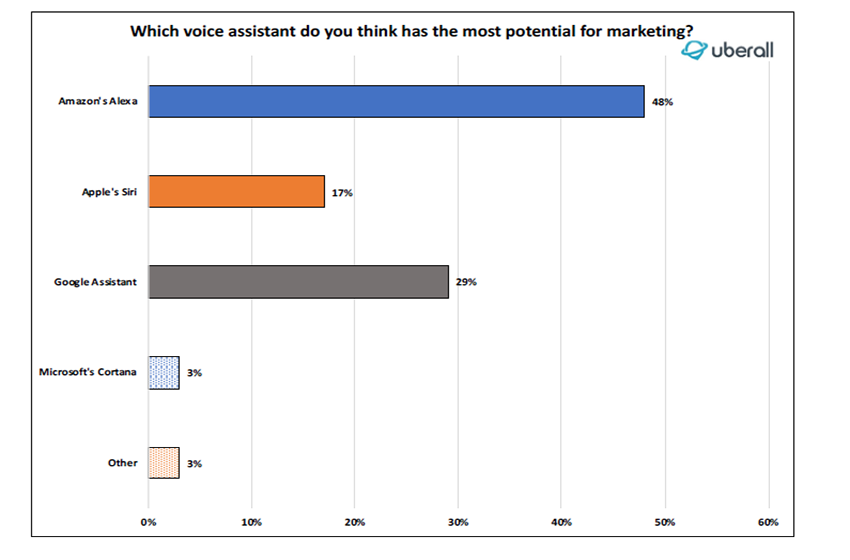 With 77% indicating this form of marketing has some type of value, more than half of the marketers said they would invest in the technology. But before they do, they want more information.

In the report Huebner added, the challenge still remains in trying to understand the ROI for interactive marketing. He said, “In order for investments in voice to rise, the demand for and clarity of performance data will need to rise, as well. Once voice channels put accountability around those numbers, and SMBs can see that it works, we would expect rapid growth in this area.”

As far as investments, nine percent said it is increasing significantly followed by 26% who said it is slightly increasing and another 24% stated it has remained the same.

In addition to the 38% who said they don’t do anything with voice, 3% said their investment is decreasing slightly while another one percent said it is decreasing significantly. 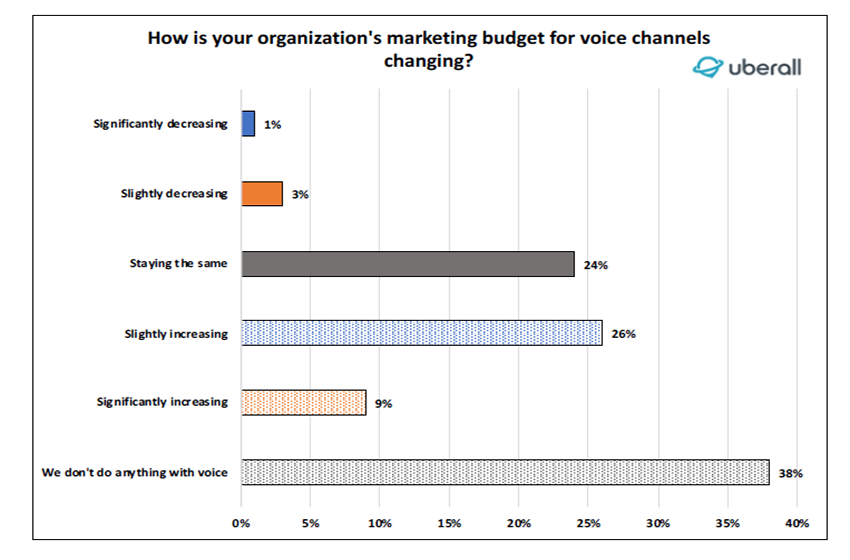 The Uberall report says the voice marketing in the small business space is still very young, but it is getting a lot of attention. And because it is a new form of marketing, it hasn’t earned the trust from small business marketers. Small firms are looking for more data and analytics to prove consumer saturation and ROI.

According to Uberall, small businesses will lag behind enterprise brands in their adoption of voice marketing. However, it goes on to say there is no doubt voice marketing will continue to grow over the next few years for this segment, especially if the technology continues to get support from Amazon, Google, Apple, and Microsoft.
Image: DepositPhotos.com