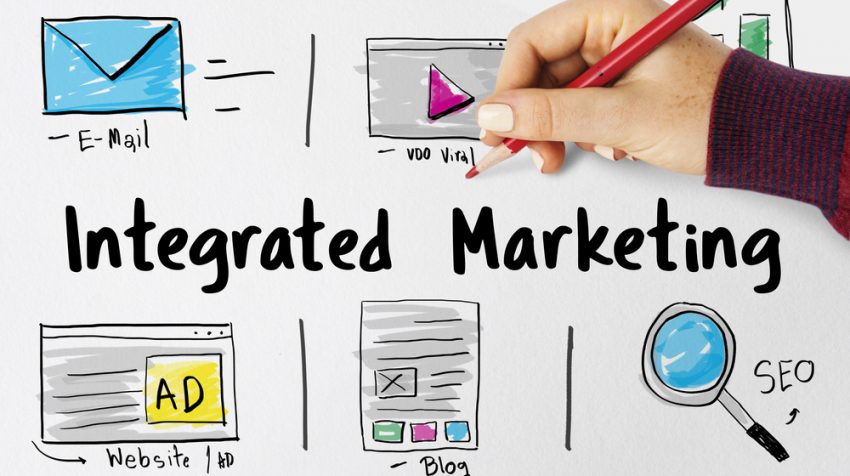 There are many good reasons for your small business to look at integrated marketing. Getting good leads is the top marketing challenge according to HubSpot.

“Integrated Marketing combines both outbound, traditional marketing with inbound marketing and other tactics to promote accelerated success in businesses,” Mark Schmukler, the CEO and Co-founder of the Sagefrog Marketing Group says.

That means you can and should use social media to promote a live event where you’re highlighting your goods and services. After all, what better way to fill the hall with prospects than by reaching out to them directly on Twitter or Facebook?  Still, that’s just one possibility because integrated marketing builds a bridge between online marketing and it’s more traditional print and PR cousin in a variety of ways.

This heads up our list not only because it was integrated with great videos and social media, but solid copywriting for the complete package.  This integrated marketing campaign held your attention first and sold you later.

GoPro: Be a Hero

A great example of a small start up that took off, GoPro themed a recent campaign Be a Hero and is using a variety of outdoor ads, brand related sponsorships, and even a firefighter’s original video.

Designed to further a cause rather than promote a product, Always, a feminine hygiene brand, ran its #LikeAGirl campaign. The video’s jumping off point worked with the hashtag to spark a debate centering around gender equality.

You read that correctly!  San Francisco Society For Prevention Of Cruelty To Animals ran this ad to highlight the need to spay and/or neuter your pet in 2015, but it stands up. They developed a website and a brochure with the mock condoms.

Another blast from the past if you consider 2015 all that long ago, the Mikehacks videos for Mike’s Hard Lemonade included a barbeque-in-a-can of the beverage and paired this with in store retail displays.

Another great example of integrated marketing with a twist, Snap Inc. understood the possibilities and how to blend brick and mortar with online efforts. The company placed “Snapbots” in select cities. These were actually vending machines for Snap Inc.’s Spectacles product and people posting on social media while they waited in line caused the buzz to intensify.

Here’s proof positive that the old blends well with the new as far as integrated marketing is concerned. This interesting and innovative Christmas ad featured Adrian Brody and brought old school star power to cyberspace and YouTube.

Documentaries about rebuilding efforts in a rundown steel town across multiple media sources made this campaign an integrated marketing gem. It was real Norman Rockwell stuff that stuck a chord.

When Brazil closed the last assembly line for the Volkswagen Kombi in 2013, they decided to host an ‘unlaunch.’

The company asked people who had bought the vehicle to place stories about their experiences on a special website.

The campaign spurred a worldwide conversation across a variety of mediums and was promoted with a series of well placed ads reflecting the truck’s “last wishes.”

Natural food store Pret A Manger actually asked their customers what they wanted and then acted on it. When they asked for input on recipes and menus, they got it to the extent feedback has been shared all over the world. Seeing your menu items in print after you’ve posted them and having that kind of input engages both customers and prospects. The integrated campaign didn’t stop there either. The company opened a second vegetarian location in London last month with 20 new items on the menu. There are  plans to crack the U.S. market in the future.

The airline started this campaign three years ago and it’s still working for them. Stressing customer education online even got them some ink.

They covered all the bases for a good cause here. The even reached all the way back to print and television combining everything with a digital presence. The campaign focused on asking people to leave something in there will for cancer research. The TV angle featured cancer survivors and scientists.

LinkedIn: “In It Together”

You  might not have expected it, but this social media giant launched a campaign with a TV spot under the banner–In it Together, last year. It was especially interesting because it highlighted a number of businesses with videos shot in black and white documentary style footage. Outdoor ads, video spots and of course videos were just a few of the other tools they implemented.

Easterseals  Southern California makes the list and does good things with their integrated marketing campaign that features the people who benefit from it. “Don’t Exclude. Include,” is just one of the slogans that’s being used across several different platforms like social media and outdoor ads.

A great narrative video that personalizes our digital world with a character invented by an entrepreneur is at the center of this integrated campaign. This is a bold move that marks the very first branding campaign for this titan in the corporate world.  The company recently said they were looking to target the 750 million people globally who work for themselves so small businesses should be looking at this campaign carefully to see what the takeaways are.

Rob Starr is a staff writer for Small Business Trends. Rob is a freelance journalist and content strategist/manager with three decades of experience in both print and online writing. He currently works in New York City as a copywriter and all across North America for a variety of editing and writing enterprises.
13 Reactions
Subscribe
Follow @smallbiztrends
RSS LinkedIn Pinterest iTunes