Beware! 60% of Businesses Lose Their Data Through Printer Security Breaches 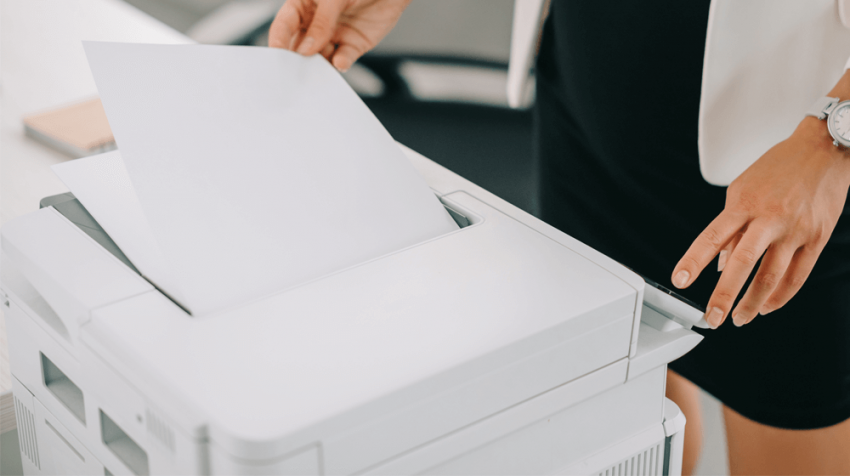 Every connected peripheral which becomes part of an organization’s network is a potential vector for an attack. With printers, an integral part of most businesses, the security vulnerabilities they pose has been addressed in a new report from Quocirca.

According to the Global Print Security Report, 60% of businesses in the UK, US, France, and Germany suffered a print-related data breach in the last year. The data loss related to these breaches costs companies an average of more than $400K.

For small businesses, the loss may not come out to this large sum, but nevertheless, they are there. In addition to financial loss, productivity, consumer confidence, and damage to the brand will negatively affect the organization. And businesses may not be aware printers are responsible.

In the emailed press release, Quocirca Research Director Louella Fernandes said businesses continue to rely on printers. Fernandes goes on to say the way printers are being used has changed. This is because connected printers are more common now.

However, organizations haven’t adapted to the security vulnerabilities and the risks they represent. Fernandes adds, “Print infrastructure is vulnerable to all the threats associated with IoT devices, but also to risks linked to hard copy output. The number of print-related of breaches reported by the organizations we surveyed is concerning and the lack of security maturity shows that businesses can and should do more.”

The reliance on printing will continue as part of the business operations for organizations in the US and Europe. The vast majority or 87% said printers will still be important in the next two years.

It is this dependence on printers which is creating the security risks businesses face. And for two thirds or 66% of respondents in the survey, print is in their top 5 when it comes to security risks, second only to cloud-based services at 69%.

The survey shows there is a certain degree of awareness regarding print vulnerability, but their ability to ensure the security of their print environment varies.

The Quocirca Print Security Matrix identified 27% of organizations as print security leaders, with 17% labeled as laggards, and the remaining categorized as followers. The US had the most leaders at 36%.

The answer given by respondents highlights the disconnect which exists between perceived threat and real threat. In the survey, 70% said malware attacks are the top perceived threats, but in reality, accidental actions from internal users are the most likely cause of actual incidents, which is responsible for 32% of cases.

The Impact of a Security Breach

According to the Better Business Bureau, small businesses lose $79,841 on average to cybercrime annually. As the financial, legal and reputational costs of data breaches continue to rise, businesses can’t afford to fall asleep on their security posture.

Security has to be a top priority in order to ensure the safety of the data which is being transmitted across networks on printers, smartphones, PCs and other connected devices.

If your customers can’t rely on their information being protected at all times, they will find another company.