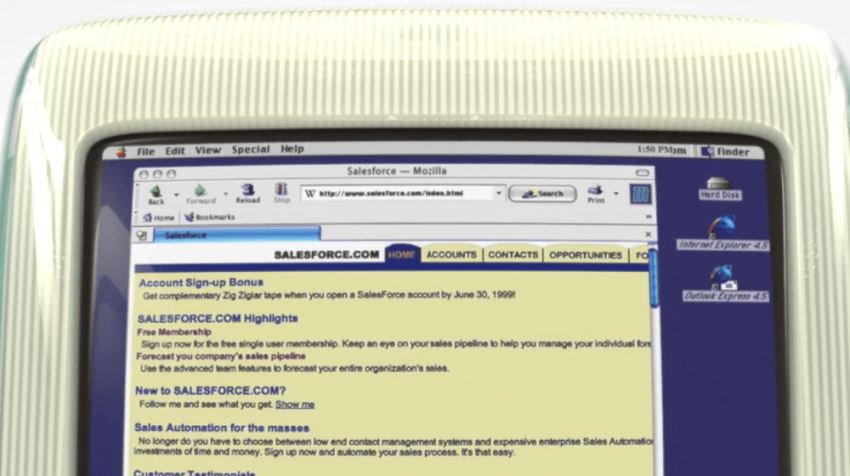 Do you remember what you were doing 20 years ago today?

I was working for PricewaterhouseCoopers helping to build up the CRM practice in Atlanta … but on a project in Mobile, Alabama.

That is another story all to itself. But, I digress …

In 1999, CRM was a four-letter word to most people involved with it.

And the people you needed to keep the software running on that expensive hardware were ridiculously expensive to hire.

After all of that expense, most people still didn’t get anything useful from it.

And if you think I’m painting a pretty dark picture of what CRM was like back in the day, I’m actually taking it easy.

There was no “cloud” as we know it today. If your computer died, your data went with it.

And you couldn’t do anything on the go, because there were no smartphones … only those ridiculous brick phones that were anything but mobile.

Forget about having two applications being easily integrated together without you having to do much of anything.

Now, did all that change overnight with Salesforce? No it didn’t.

But looking back on it now, that day changed the trajectory of a lot of things:

There’s a bunch of other things I’m not even thinking about right now.

According to Gartner, businesses spent approximately $40 billion the past year on CRM . That makes it the most-purchased software category and the fastest growing category.

It’s hard to see the transition from hatred-to-$40 billion happening without Salesforce coming along and doing what it has the past 20 years.

Now, of course, they don’t get all of the credit for that. They were not alone (or even first) in making business apps available in the cloud. It’s safe to say they evangelized and popularized the idea, though.

And they had enough fortitude to stick it out in those early, dark days to last longer than any of the other companies that were with them 20 years ago.

You have to give Marc Benioff, Parker Harris and their co-founders (Dave Moellenhoff and Frank Dominguez) a big shout-out for what they did back in 1999. They led the way in turning CRM back into a three letter word by making it easier to build relationships with customers without having to be a computer genius to do it.

See Also: Why You Need CRM for Your Business

To get a bit more scoop on the early days of Salesforce, check out the video of Paul Greenberg and I (aka the CRM Playaz) chatting with Techcrunch enterprise software journalist Ron Miller, who wrote an extensive piece on Salesforce at 20.