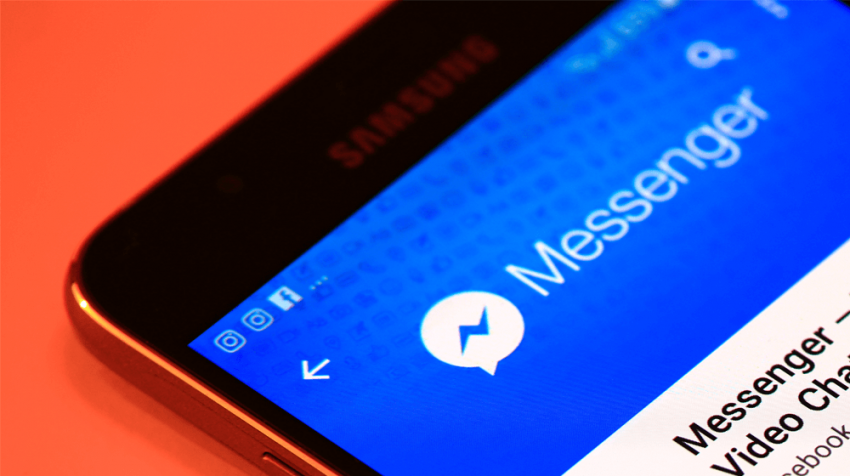 Guys, this is pretty embarrassing.

Last month I got banned by Facebook Messenger because too many people were blocking my Messenger bot.

The error message was:

Limits have been placed on Larry Kim
This page is restricted from the use of message tags, subscription and broadcast messaging, and sponsored messages. Your page will still be able to respond to messages according to standard messaging permissions.

It’s the same way that MailChimp or any other email marketing program works. If your marketing emails are marked as spam, you lose the privilege to use the platform.

In Facebook Messenger marketing, it boils down to one main thing: high block rates.

If you play fast and loose with Facebook Messenger chatbots, things can get dicey. And if your block rates go up, Facebook will treat you like a donkey. Boom. Banned. So how do you figure out if your page is getting bad engagement metrics? This number shows how many connections you had made in the month, how many were blocked, and the overall percentage — your block rate.

This is what happened to my page just before I got blocked. Check out my block rate during 20 days in October and November as I was ramping up a major ad campaign.

I had 8,422 Facebook Messenger connections. A whopping 8% of them blocked me. See Also: Spending Too Much Time on Your Facebook Messenger Marketing? Try These 10 Tactics

Why? Because people have to make a conscious effort to block me.

Here’s how someone blocks you on Messenger.

First, they tap the conversation to open it. Next, they tap the name of the person whom they want to block. Then, they scroll down to the bottom to access the block option.

Finally, they switch the block option on. That’s three taps and one scroll, which takes quite a bit of effort and concentration.

To put it simply, these people are mad at my chatbot. Why didn’t they just type “stop” as I suggested?

When I created my chatbot sequence in MobileMonkey, I tried to make it really clear:

One of the first things I wrote was this:

not a fan? type “stop”, no hard feelings

Instead of typing “stop,” these people took a more hardline approach and flat-out blocked me, which hurts.

So, if you have high block rates, the question you need to ask is why.

When I got banned, it came as a rude shock. Here I was pulling a unicorn move, but then I got slammed with the ban.

I should have been watching my Messenger block rates. But I didn’t know any better.

That’s why I wrote this post, so the same thing doesn’t happen to you.

Now, to be clear, people might block your page for any kind of random donkey stuff — being off-target, off-color, or just annoying. Sometimes, people even block unicorns. What I’ve observed, however, is that Messenger block rates start to blow up when people create chatbots.

When Facebook banned me, my first response was to go to the data (thank you Facebook Page Insights!) to answer the question why.

Two major reasons emerged, and they are applicable to anyone who’s running a Messenger campaign.

During the time of my high block rate, I was running a Click-to-Messenger ad campaign.

A click-to-Messenger campaign is a sponsored post that invites people to start a Messenger conversation with me.

Once they start a conversation with me, I’m allowed to send them messages. They voluntarily opt in.

This is really valuable because I automatically convert 100% of the people who reply to my bot from clicking on the ad.

I was able to target these people with messages advertising my growth summit. Here’s the kind of scale I was achieving at that time:

During the course of a few days, I had 1.7 million impressions, over 10k link clicks, and a total of 4,233 messaging conversations started. But then a lot of people started blocking me.

Why? To answer, I looked at the data. First, people blocked me because of poor ad targeting.

Look. 8% of my connections blocked me over the course of two months.

When I took a closer look, the problem was in my targeting efforts, not necessarily the messages I was sending.

I set my targeting for “worldwide”, and the Facebook ad algorithm ended up just serving the ads to all sorts of countries I didn’t intend on targeting.

Unfortunately, my message was in English, which wasn’t the primary language of *any* of the countries that the Facebook Ad algorithm served my ad to.

Here is what would happen if you had clicked “send message” on this ad.

Over the next day, you would receive a sequence of three messages (all of which included unsubscribe information)

That’s probably over the top, especially for international contacts with a medium to limited ability in English.

The first problem, then, was a mismatch between my ad targeting and the Messenger sequence that followed.

How could I fix this? If targeting an international audience, I should have delivered ads in the person’s own language.

This would have helped to mitigate a significant amount of the blocks.

The second reason for my skyrocketing block rates is what I call weak affinity — and this is where it gets interesting.

My data showed me that Messenger block rates varied based on the level of affinity that users had with my brand.

What’s affinity in this context? Basically, affinity is people knowing and liking your brand — a combination of awareness and interest in the product, service, or identity of your brand.

A high-affinity group would be subjects in a remarketing campaign, people who are already on my email list, etc.

A low-affinity group, by contrast, are those who are just hearing about my company, seeing my ads or encountering my brand or the first time. I set my Facebook ad targeting on people who had an interest in social media marketing. Right off the bat, that’s low affinity — top of the funnel users.

These people see an engaging ad and click it. Instantly, they receive several personal messages via the Click to Messenger Ads.

It was too much, too soon for a low-affinity group.

Based on the data, I realized that I should moderate the aggressiveness of the Facebook Messenger chat blasting campaign based on the strength of the affinity by which I acquired the contact.

First, I could have tightened my ad targeting efforts. Doing so would have increased the likelihood that the ad recipients were more tuned into and aware of Facebook marketing in general.

More specifically, such recipients might even understand the logical sequence of what would happen if they click on a “Send Message” ad. They would realize, “If I click that button, I’m opting to receive messages from this brand.”

Second, I could moderate the frequency of the follow up to be commensurate with the strength of the affinity upon which the user initiated contact.

If I were running a bottom-of-the-funnel campaign such as a remarketing effort, the prospects would then at least have an awareness of my brand, imagery, voice, and product. They have seen my ad in the past, so a second, third, or fourth touch would not feel as abrupt.

Instead, I was running a top-of-funnel ad campaign for people anywhere in the world who merely indicated an interest in social media marketing. The messaging sequence may have felt pushy or intrusive.

Keep the funnel in mind. Notice how the top of the funnel below has the term “attention.” That’s all you have at that phase.

But at the bottom of the funnel, you have “favorability.” That’s when you can turn up the heat and increase messenger frequency. These people who blocked me weren’t in the favorability stage. They were curious bystanders and I only had their attention.

Based on my data, I knew that my rapid-fire Facebook messenger sequence turned people off, so they blocked me.

My key takeaway, then, was to adjust the frequency of messages in order to match the interest level of the contact.

Other Embarrassing Learnings : Stop Waking People Up at 3AM

Shortly after posting this article, a bunch of New Zealanders and Australians pointed out to me that another way to reduce your block rate is to schedule your messages relative to the user’s time zone. MobileMonkey supports scheduling of message sends (in the user’s local time zone), as you can see here in the screenshot below: Internally, our marketing team was using that feature periodically, but not super-vigilantly. We will do so moving forward! Always schedule your messages to be sent at a normal time, relative to the user’s time zone!

What do you do if Facebook Messenger Bans You?

The word that Facebook uses is limits, not ban. But the effect is the same.

As I showed you above, this is the message I received on my Facebook business page (along with an ominous-looking red yield sign)

Limits have been placed on Larry Kim
This page is restricted from the use of message tags, subscription and broadcast messaging, and sponsored messages. Your page will still be able to respond to messages according to standard messaging permissions.

For a guy whose very life and business is Facebook Messenger, this was a big blow.

Here’s what I could no longer do:

I can still use Messenger to send and receive individual messages, but I was banned from using it in all the high-octane ways that I was used to.

What did I do about it?

I clicked the “Appeal” button, confessed my sins to Facebook (inadvertent thought they were), and promised never to do it again.

Since you’re reading this article, I’m going to assume that you’re going to be a unicorn in a sea of donkeys. Check your block rates. Be nice. Play by the rules.

But if you have been banned, here’s my advice:

For me, it is now a matter of waiting.

My contact at Facebook told me I should be up and running again after just a little while.

However it has been several months and my page is still dead.

Humans at Facebook review and approve the appeals in order. Since Messenger marketing has just undergone some major changes, the algorithm probably banned a lot of pages, creating a huge backlog for the reviewing team.

In retrospect, I’m glad I was banned. It was a harsh donkey move, yes, but it gave me some valuable takeaways to share!

If I’ve ever been helpful to you in the past, I’d appreciate it if you could drop a comment here in support of re-activating of Messenger permissions on my personal Facebook page. Perhaps someone from Facebook will read this post and has mercy on me!