Last week in Vegas, my CRM Playaz co-host and friend Paul Greenberg and I were hanging out at Oracle’s annual MCX (Modern Customer Experience) conference. It’s a showcase the company uses to announce new applications and services to their customer experience platform, Oracle CX. But it also presents a nice opportunity to get a glimpse into the strategy and the direction customer experience design and thinking is headed. And some great nuggets came out of the conference that really apply to any size business.

Paul and I were able to capture some of these nuggets in a conversation we had with Rob Tarkoff, Oracle’s EVP and GM of the Oracle CX business. Topics Rob touched on included the leading role data is playing in developing customer experiences, the role curiosity plays in delivering customer experiences, and who Rob believes is the most curious person (out of 140,000 employees worldwide) at Oracle today. Below is an edited transcript of our conversation. To check out the full convo, watch the video or click on the embedded SoundCloud player. 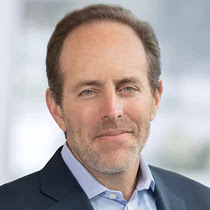 Small Business Trends: You’re what, about six months in to being at Oracle?

Small Business Trends: I remember, I think it was OpenWorld, was like your first week there or something and you were already speaking?

Rob Tarkoff: Yeah, I think it was week three or four, yeah that was a little bit crazy, that they actually … It wasn’t crazy that I did it. It was crazy that they let me do it. When I immediately got to the company, the first thing I looked at is … And you have both said this a lot, there’s so many incredible products in Oracle CX, but one of the things that I thought there was an opportunity to improve was a real story to knit it together, and a narrative about what Oracle stood for. And so I spent about the first three weeks just in review after review after review with the engineering teams, about what are you really trying to build, and what are the problems you’re solving? Through the help of Des Cahill [VP & CMO, Oracle CX] and other members of his team we just came up with these themes, we hashed them out for two days, and came up with this Discover, Engage, Consume, Serve theme. It’s really stuck, I mean it’s been great.

Small Business Trends: What’s been the biggest surprise in your time at Oracle?

Rob Tarkoff: I feel like I worked at every company but Oracle before this, and Oracle was always this 140,000 employees; we’re in every business, and I have the chance tomorrow to interview [Oracle co-CEO] Mark Hurd on stage, talking about Oracle sales models. You think about we’re in hardware, software, digital mid-size business, digital large enterprise, we have vertical businesses, just basically a whole migration from on-premise to cloud, infrastructure, everything.

The thing I found is Oracle is one of the more curious companies in terms of people are really curious about what’s happening. The engineers are not set in their ways at all. I’m amazed the product and the business people at Oracle just get behind it so if there’s ever like a story of Oracle stuck in its ways, I haven’t experienced that.

Now there is something to being successful in that a lot of people will come in and ask why do you gotta change it, and will say there aren’t that many $40 billion software companies out there so obviously Oracle’s been doing something right for a long time. But I would say the most curious person in the company actually is Larry [Ellison, Oracle founder]. And I get a chance to work a decent amount with him and came out of the last earnings call that Larry, his people are impressed with how involved Larry is. I’ve only seen him involved so if he wasn’t involved it wasn’t a time when I was here. But he is super involved in the products, he’s super involved in the strategy, and he’s deeply curious about all the new things that are happening with CX and so that just makes it a great place to be.

Small Business Trends: I gotta ask you … I’m still like, if I were one of the top five richest people in the world, I’d probably be away on my own island, chilling-

Paul Greenberg: He has that too, Hawaii.

Small Business Trends: He has it … but during Oracle OpenWorld [the company’s annual user conference] he’s there front and center. I mean, he’s into it. And that’s just so surprising to me that after all these years he’s still like that. He’s still into it.

Rob Tarkoff: I would say that he’s so much more into it than people appreciate and the fact that he’s into it is such a powerful weapon for Oracle because he has such broad perspective about all these different technology trends that have happened. He’s deeply technical and he also is willing to engage and debate any topic that comes up for hours on end and I’ve been involved in these discussions. And he’s deeply motivated by … If you think about, and I don’t know him well, but if you think about the kind of expertise he has – he’s a champion sailor, fighter pilot, obviously one of the most successful business people and technologists in the world – but also just deeply curious about so many different things.

So I just think he would never strike me as the kind of person that would be on a, I mean he has an island, but be on an island sort of not doing anything. He’s just … I mean when I’m in meeting with him he always reads the deck the night before, he comes with a set of prepared questions, and we launch right in. There’s no preamble and he usually goes right to the point in three seconds. So it’s pretty amazing, yeah.

Paul Greenberg: Wow. I probably wouldn’t actually get along with him if there’s no preamble. My preamble is like 30 minutes.

Rob Tarkoff: Less preamble than you.

Small Business Trends: You do like a good preamble.

Paul Greenberg: I do.

Rob Tarkoff: Yeah, so in addition to people at Oracle being interested in learning about a lot of new things, that they wouldn’t have been able to experience unless they’ve been outside of Oracle, the other thing I found is just this rich heritage in data is truly an enormous asset. And so when you’re … Paul and I were talking about this a little before, when you’re a company the scale of Oracle you can look out and there’s so many different capabilities, if you can just find the one or two things that you can really get people aligned around you can make progress really quickly. So CX Unity which was not an idea I came up with, it predated me, but I immediately latched onto it because it is just this ability to manage data in ways that have been hard for a lot of other companies to do. To really build something that’s not just some big data lake that nobody does anything with but to really make it a persistent store that can be plugged into apps.

See Also: These 6 Things Will Improve Your Retail Customer Experience

Oracle has all the capabilities to do it, it was just about finding the focus to go make that happen. And so I couldn’t do that, we couldn’t do that, at any other company. You have to … and it’s funny because when I was at Adobe, when I first got there and really kind of started the Enterprise business for them, it was all about design and I remember one of the conversations we had was about boy, if we could just bring the creative suite concept of design into Enterprise, we’d do away with ugly apps.

I gave a keynote to a large conference in German, a bunch of German CIOs, and I talked to them about consumerization of IT and I remember they were looking at me like this guy from Adobe is talking about consumer apps in IT. Who is this, what are they talking about. So we’re a long way from that in CX, but now I think it’s a data game.