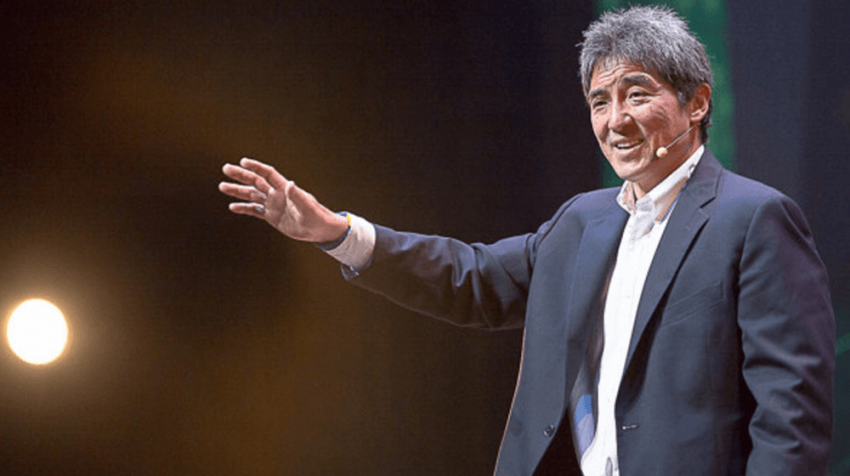 In the entrepreneurship world, Guy Kawasaki is considered a motivational icon. There is a lot to learn from his new book which is appropriately named “Wise Guy”. On the Small Business Radio Show this week, I talked with Guy about his life lessons from his time as one of the Apple employees originally responsible for marketing the Macintosh computer line to becoming the founder of his own software companies and venture capital firm. He describes this 14th book as “Miso Soup for the Soul”.

Some of his favorite lessons that we discussed were:

1. Start by paying it forward. Guy does not believe in starting a relationship out as “quid pro quo” or giving and always expecting something in return. He discusses how he started supporting brands like Mercedes Benz because he loved them and not because they paid him. He believes that “the upside for paying it forward exceeds the downside of being used…and it takes a lot less energy!” Guy insists that whenever you help others, it comes back to you tenfold eventually.

2. By adding value, you will make money. Guy insists that great corporations are not just out to make a buck; they also want to make your life better! He repeats that “if you improve people’s lives, you will probably also make money!”

3. The best leaders are humble: Guy recounts the time in Russia when Billionaire Richard Branson once polished Guy’s shoes to encourage him to fly Virgin Airlines. He believes that humility will take your company much farther than boasting.

4. Don’t try to be like Steve Jobs: According to Guy, there have been so few business visionaries over the last century: Walt Disney, Steve Jobs, and Elon Musk. He describes how hard Jobs was to work for and laments that so many people want to be like the Apple founder. As Guy explains, “Being a hard ass is easy, being a visionary is hard”.

5. Learning is not an event. Guy supports the idea that learning is a process. This is why he started two very difficult things later in life; learning to play hockey at 48 and surfing at 62. He encourages entrepreneurs to define what new skills are they learning this year.

Listen to the entire interview on episode #524 here!