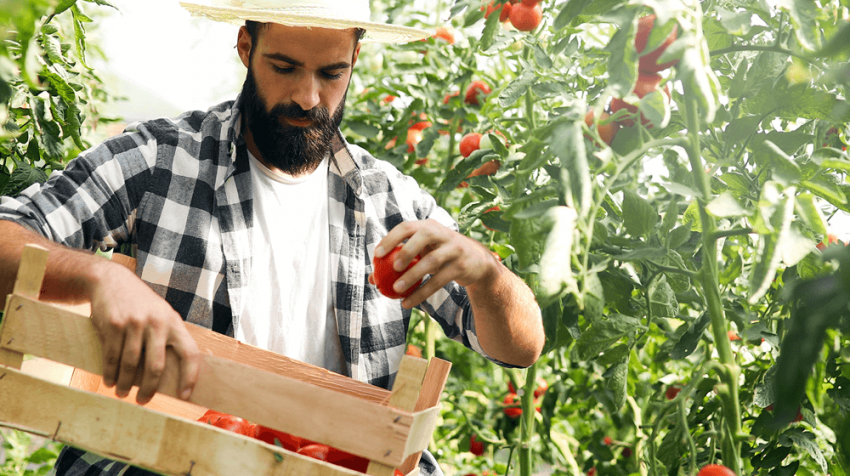 If you’re interested in turning your love of crops and plants into a business, there’s no shortage of opportunities. Whether you have a large piece of land or a small, indoor garden, you can find a type of crop that you can sell to other companies or directly to consumers.

Here are some of the most profitable ones to consider.

Lavender can be used in just about everything, from food flavoring to medicines to fragrances. Its essential oil is among the most popular in the thriving wellness space as well.

Bamboo is mainly sold as a potted plant or landscaping feature. What makes it especially profitable is its ability to grow very quickly. You can produce a lot of product without a ton of space.

Basil is a popular herb used in tons of different dishes. You can easily grow it indoors or in a small container garden. If you plan on growing it outdoors, it thrives in warm, humid environments. Then you can sell it to food producers, grocery stores, or directly to consumers at farmer’s markets.

Cilantro is another popular herb that doesn’t require much space to grow. In addition to is unique flavor, it can also be used as a digestive aid, so it is popular with medicinal companies that make supplements.

Chives can be grown indoors or out. And unlike many other herbs, they’re fairly hardy. So you can plant them in nearly any climate throughout the U.S.

Ginseng is a very popular plant within the health and wellness industry. It’s used in a variety of medicines, supplements and teas. It does take awhile to get started. But once your crops yield, you can expect major profits due to the high worldwide demand.

Garlic can be used in just about any type of dish. But regular garlic is fairly plentiful and doesn’t command a very high price. However, there are a few species that are considered “gourmet,” since they’re a bit more rare. If you’re willing to invest in these upfront, they can really pay off over time.

Arugula is a type of leafy green that provides a zippy flavor in salads or side dishes. It’s very popular in trendy farm-to-table restaurants. But you could also sell it to health conscious consumers at farmer’s markets.

Corn has been one of the most prominent crops in the country for a long time, particularly in the Midwest. It does require a fair amount of space. But it can be used for everything from animal feed to fuel.

Soybeans are fairly similar to corn in a lot of ways. They thrive in similar conditions and can be used in food, feed, and a variety of other products.

See Also: 20 iPhone 6 Pictures that Will Blow Your Mind

Wheat is a popular crop to grow throughout the Great Plains states. But you can also grow it on a small scale in a backyard or small row garden. It’s fairly hardy, and there are many different varieties that can lead to very high grain yields.

Sorghum is a type of grain that is often used in syrups and beverages. It thrives in warm climates. So it’s perfect for any location that enjoys long summers. It’s especially popular at the moment due to the rise of craft beer and home brewing hobbyists.

Saffron is a spice that comes from saffron crocus bulbs, a purple-blue flower that thrives in sunny environments. You’ll need a fair amount of space, as each flower only produces a small amount of the spice. But saffron commands a fairly high price tag, making this a particularly profitable crop.

Cherry tomatoes are small and can easily grow in a backyard or small garden. You can pick the tomatoes constantly throughout the season. So it’s a perfect option for growers who want a steady yield of crops.

Goji berries are very popular at the moment because they’re classified as a “superfood.” With plenty of antioxidants and vitamins, they’re popular in organic juices, smoothies, and bowls. They’re also fairly hardy and able to thrive in dry environments.

Hostas are a popular plant used in landscaping and gardening. They’re very hardy and can easily be divided and propagated. So you can continually create more and sell them to landscaping stores or directly to consumers.

Arborvitae is a type of small evergreen tree that is popular in landscaping. They can be sold in small pots or as full-grown trees. You can also propagate them to create even more to sell over time.

Shiitakes and other gourmet mushrooms are very popular in a variety of dishes, particularly at trendy restaurants and specialty food stores. They also grow incredibly fast and require very little care.

If you have the space to start a flower garden or plant any flowering trees or shrubs, you could very easily sell potted or cut flowers to local businesses or directly to consumers at a profit.