Most Stressful Cities in the US: Is Your Small Business Located in One? 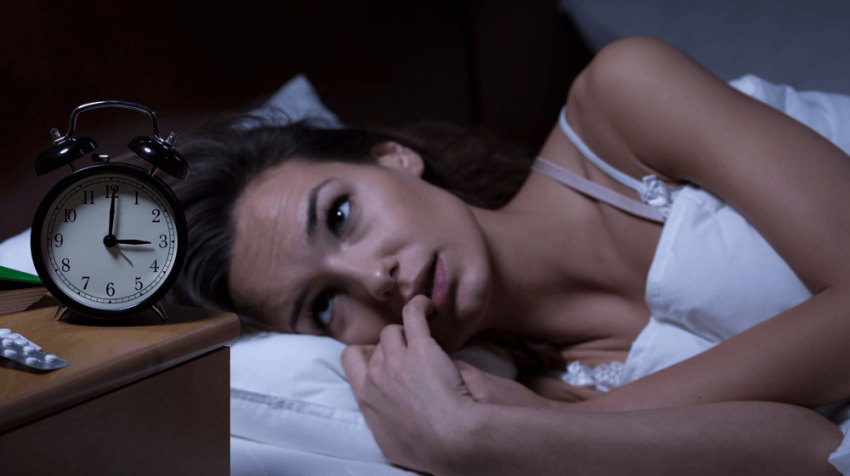 You can’t avoid stress. But consider the many contributing factors. Where you live proves to be one of them. So if your business makes its home in one of these stressful areas, watch out. Keeping your employees stress free should figure high on your priority list.

With that in mind, Zippia set out to find the most stressed out cities in each of the 50 states in the U.S.A. The list has some little known and very recognizable cities, which goes to show you won’t be able to escape stress no matter where you live.

For the report, Zippia calculated the most recent data from the Bureau of Labor Statistics and the U.S. Census American Community Survey from 2013-2017.

Each city in the US were ranked using criteria affecting residents common to most people. This includes unemployment, hours worked, commute times, population density, home price to income ratio, and percent of uninsured population.

Cities ranking high in any or all of those areas were identified as being more stressful. Zappia then took a closer look at all 50 states to determine which cities in those states were the most and least stressed. 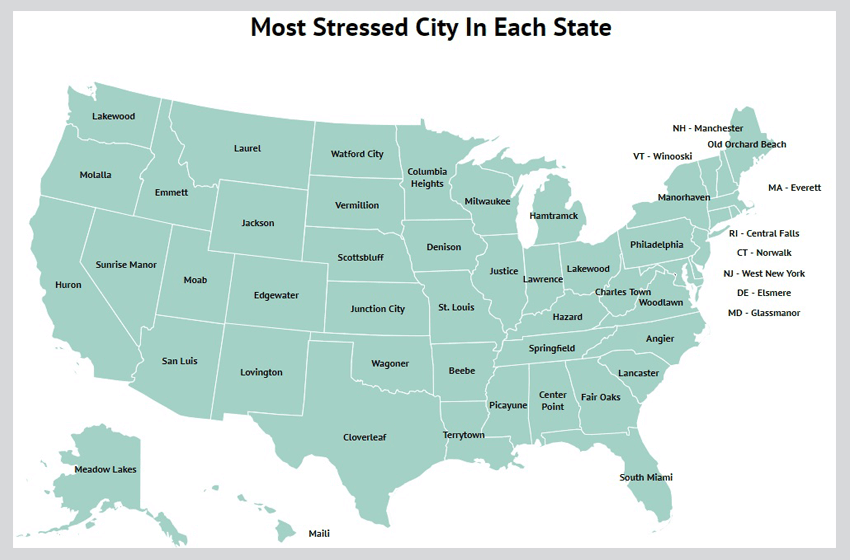 In 2019, Zappia identified West New York, NJ as the most stressed city in the U.S. The report said it is one of the most densely populated cities in the U.S. and globally.

More people means longer commutes, which is the case in West New York. Add high unemployment rate and they have combined to make the city number on this dubious list.

The second city is in California, but you might’ve never heard of Huron. The city only has 6,926 people, but the people work long hours, with an average of 45.7 hours per week. Huron also has the lowest average income. Long hours with low income will make anyone stress out.

The third city is South Miami, FL. This is not a typo, it actually made the list as the 3rd most stressed out city in the U.S. even though it is tourist destination.

While tourist may enjoy South Miami, it is a different story for residents who live there. They have to contend with long commutes, high unemployment rates, exorbitant home prices, and a large uninsured population.

The number four spot goes to Glasmanor, MD and Edgewater, CO rounds up the top five cities in the list.

The remaining five cities in the top 10 starts with Manorhaven, NY at number 6, followed by Woodlawn Cdp (Fairfax County): VA at number 7; Justice, IL at number 8; Fair Oaks, GA at number 9; and Terrytown, LA at number 10.

Monitoring and Managing your Stress Level

As the urbanization of the population continues to increase, the taxing effects on both the body and the brain of people living in cities is resulting in more stress.

If you don’t monitor and manage your stress properly, it becomes the underlying condition for some of the deadliest diseases. High stress is an environmental condition for high blood pressure, heart disease, cancer, stroke, obesity, and insomnia to name but a few of the illnesses.

According to the Mayo Clinic, a small amount of stress can be good because it can motivate you to perform well. But if you don’t monitor and manage your stress level it can have some negative consequences.

The clinic says, “Multiple challenges daily, such as sitting in traffic, meeting deadlines and paying bills, can push you beyond your ability to cope.”

With the right stress management tools, you can help your mind and body adapt to the conditions you are living in. And these techniques will help your employees too.

Most Stressful Cities in the US

The graph below lists all 50 of the most stressed out cities in each state.