Secrets of Transitioning From Employee to Franchise Ownership 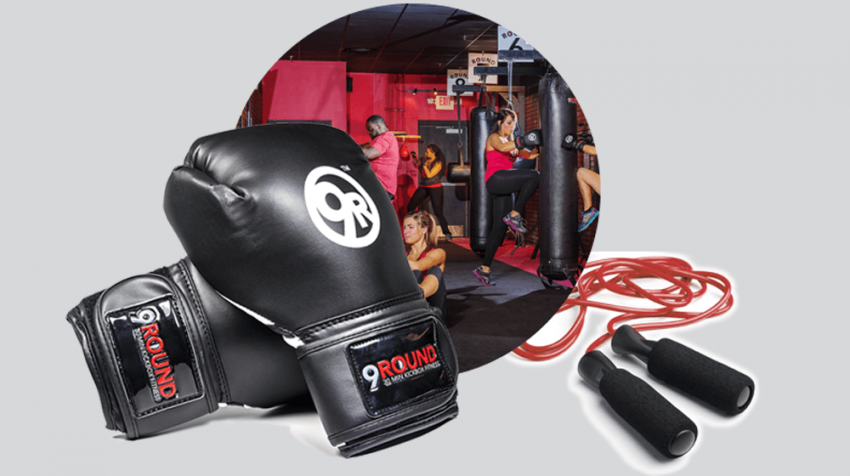 You don’t need to be an established business owner to jump into the franchise world. In fact, some franchisees find themselves in the entrepreneurial world by following another path — that of franchise employee.

Working in a franchisee business daily as an employee gives you plenty of insights. You see what it requires to be the one in charge. This doesn’t mean every franchise employee is qualified or has the skills to become franchisees. Some may never become successful franchise owners. But their employment status gives them advantages.

Advantages That Franchise Employees Have

Those who already work as an employee in a franchise have a leg up on those who no experience. Employees in an existing franchise who want to buy into that same franchise:

When buying a franchise, an employee has to do less due diligence because you already understand that franchise’s products and operations. You may have fewer questions about the ongoing franchise fees, including royalty fees, and marketing and advertising fees that must be paid to the franchisor.

Experience working in a franchise means less of a learning curve for new franchise owners. You know how a franchise works and in particular how YOUR employer operates.

Of course, as an employee, you still need to have the desire to become a franchise owner. You also need the work ethic to make that jump into becoming a business owner. A franchise owner is someone who also has to find the funding and working capital to afford the franchise fee and other costs when buying a franchise. And it’s up to you to generate sufficient cash flow and profit — not everyone is comfortable with that responsibility.

But there’s no doubt the path from employee to franchisee can be a smoother transition than for someone with no experience at all in the franchise. There’s a reason that franchises such as Domino’s find most of their franchise owners from existing employees. On its franchising web page it says:

Domino’s has built its 50+ year success around its franchisees – independent business owners with a common vision and mission to be the number one pizza company in the world. Much of this success has come from our franchise business model, which is primarily an internally-based franchise system.

Follow the path of more than 95% of our franchise owners and learn to run and operate a store or supervise multiple stores, before investing in your own stores. Prepare and learn to successfully operate our business before buying our business.

Not every franchisor has such a commitment to recruiting franchise owners from within the ranks of employees. But there are other success stories of people moving from employee to franchise owners.

Small Business Trends recently spoke with three franchisees across the U.S. All transitioned from former company employees. They share their challenges. And share their successes and lessons learned. This helps those who might be considering a similar move to become franchise owners.

Darrin Baker owns a Restoration 1 franchise in Phoenix, AZ. The company provides water, mold and fire damage cleanup and restoration services to homeowners. Their market stretches across the country. Baker hails from Washington. He worked for the company for years before receiving some encouragement to jump into franchising.

Baker says, “I’ve always had an interest in entrepreneurship, but the idea of it and the word itself always held a bit of trepidation for me. As they say, a goal without a plan is just a dream, and this couldn’t have been more true for me, as I never sat down to make a plan for what I wanted to accomplish aside from knowing I wanted to be a business owner.

I would constantly ponder my next move while I was an employee, but it would always just be toward the next rung on the company ladder. The possibility of owning a franchise was finally brought forward to me by my then-boss. Many meetings and conversations with my wife later, we decided to pull the trigger and go into business together.”

Moving to a New State

Baker and his wife moved to a completely new state to make the jump into becoming a franchise owner. This presented the biggest challenge for them. But Baker already possessed years of experience working with the company. And he learned all the operational ins and outs. So many of the other aspects of the experience have gone relatively well.

He explains, “There’s no question that from a technical aspect, I definitely have a leg-up on a franchisee that has bought in without any prior experience. It’s essentially given me a working interview for the past few years, and by that time the decision to move forward was simple.”

However, Baker cautions against the desire for independence or freedom alone. Running a franchise requires a lot of work. Do you care about the mission and the people you work with? This commitment  makes franchise ownership much more rewarding.

He says, “For any prospective new business owners: Please don’t get into business ownership strictly to “be the boss”. Focus on helping others and making a difference. If you have your priorities straight, success will come a lot easier, and you’ll struggle much less with justifying the long days.”

Halle Wallace at 9Round

Halle Wallace owns a 9Round Fitness in Murfreesboro, TN. The kickboxing and fitness studio offers fast-paced workouts. You’ll also find personal training and nutritional guidance for members. Wallace actually made a few transitions in her experience with 9Round. She started as a member. Then she moved on to become a trainer. Franchisee became her next step.

Wallace says, “When I was in college at the University of Alabama studying Exercise and Sport Science, I became a member of 9Round my senior year and instantly fell in love with the workouts, the trainers, and the energy of the club. Upon graduating and still having no clue what I wanted to do with my career, I became a 9Round trainer to make money and gain experience until I figured out exactly what my next move was. Being a 9Round trainer was extremely rewarding and FUN.”

“I loved my clients and became fully invested in their fitness journeys. After a short amount of time, I began seeing my future involving 9Round in a more permanent way — I knew I WANTED to make this my career. In just a few months, the owners of the first 9Round location where I was a trainer promoted me to the manager of their second location.”

Getting into the Business Side

“This introduced me to more of the business and developmental side of opening a club, leading me to the realization that I COULD do this. Entrepreneurship was something I had never even thought about before — especially at the age of 24 years old — and it was terrifying. I was preparing to leave Alabama to move to Tennessee, with no career in sight, and I didn’t want to leave 9Round. So, I began to research all I could about the brand and the franchise business as a whole.”

All of that experience with the brand gave Wallace plenty of advantages when it became time to invest in her own business. She says it is certainly possible for those who haven’t been trainers or members to be successful in the business. But having that experience definitely offers a head start.

She adds, “When I went to franchisee training camp, I met many owners who were members of a 9Round but never trained. I met owners who had never even stepped foot in a 9Round before, and they struggled at camp. They struggled with the workouts, in understanding the heart rate monitor program, in learning how vendor programs like ClubReady functioned. I’m not saying these owners can’t run a successful 9Round, because they can and I’ve seen many do it. But I do think limited experience with this business – especially for those who never worked as 9Round employees — puts prospective club owners at a disadvantage and can add much more to their plates when starting out.”

While Wallace says that she loves the freedom of being her own boss, she also says that owning a franchise is hard work. Going from employee to franchisee means needing to set an example for other team members, which often leads to long hours.

She says, “No one will care more about your business and the way it is run than YOU will. In the beginning, you need to be there to lead by example so your employees can learn how operations must be SUCCESSFULLY run. Your employees will never understand what you expect from them if you are never there.”

Kari Carlson – Another 9Round Franchisee

Kari Carlson is another 9Round franchise owner in Bettendorf, Iowa. Prior to becoming a franchisee, Carlson was a member, trainer and then co-manager in the business.

She says, “I decided to purchase a 9Round franchise because I knew from my experience with the brand that I was already in love with the product, and as I got more and more familiar with the franchise, I fell in love with the business model as well. I think entrepreneurship is something that crosses everyone’s mind at one point or another in life, but it wasn’t until I started working at 9Round that I could see it becoming a reality.”

In addition to providing her with that initial spark, Carlson agrees that working in the business made her transition into owning a franchise go more smoothly.

She says, “Working as an employee prior to purchasing a 9Round franchise was the key that unlocked the door. Knowing the product, selling the product, and understanding the ins and outs of the brand made the transition to ownership fairly straightforward. Not only was I able to focus my efforts on the business side of things, but I already believed in what I was providing to my customers.”

That confidence has been key to Carlson’s business experience. She does recommend the employee-to-franchisee route to others. But even more important than the actual logistical aspect is the perspective that it can provide. So even if you’re not in that specific position, any experience that can help you see your business from the eyes of employees, members or customers may be helpful in your journey.

Carlson says, “For anyone considering franchise ownership, I would highly recommend first becoming a part of the business as an employee to see it from the grassroots perspective of employees and the customers they work with. I fully believe that you cannot successfully sell something if you don’t already believe in yourself.”

Related: Is a Franchise Right for Me?