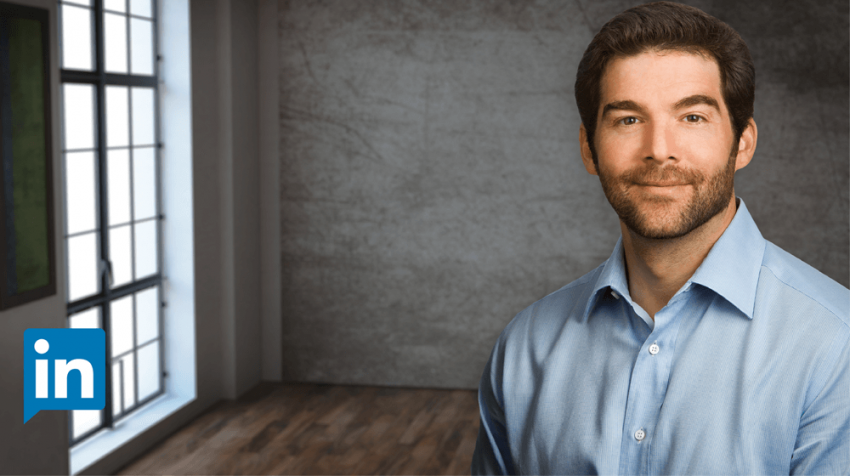 Surely meetings weren’t designed to be useless time sucks that everyone dreads until the minute they’re over.

You’ve likely been part of the drill at some point. Entire teams and departments shuffle into the boardroom; a few key people speak and make decisions, while the rest are lost in space thinking about they want for lunch while fighting the urge to nod off.

But they don’t have to be that way. Employees should want to go to meetings, but this is rarely the case.

In a recent post on his LinkedIn blog, LinkedIn CEO Jeff Weiner shares his secret for more effective meetings, which are critical. Ask your employees, he says, and they’ll tell you meetings are one of their biggest productivity killers.

If you aren’t motivated by improving employee morale (hey, I’m not judging), chew on that for a minute: useless meetings are killing productivity in your company, too.

Every meeting should have a purpose, Jeff says, and meetings should be only as long as it takes to get business done.

But everyone says that–how does he actually do it?

“At LinkedIn, we have essentially eliminated the presentation,” he writes. “In lieu of that, we ask that materials that would typically have been presented during a meeting be sent out to participants at least 24 hours in advance so people can familiarize themselves with the content.”

Meeting participants can then focus exclusively on discussion, and on generating valuable discourse. They’re encouraged to provide shared context, dive deeper and (perhaps most importantly) have a meaningful debate, Weiner says.

This enables everyone in the room to participate in the meeting, rather than just a few key people who do all if the talking (via presenting) and decision making (because only they knew coming into the meeting what was actually going on).

Jeff Bezos, CEO of Amazon.com, has a different approach to meeting strategy. It’s based on an idea so simple, it’s crazy more companies aren’t following suit.

Bezos’ rule is quite simple:

Don’t plan a meeting in which two pizzas aren’t enough to feed everyone.

His meetings are a free flow of ideas; all attendees can join the conversation and share their thoughts.

Weiner and Bezos have similar meeting concepts, with the main idea being that time is valuable and should not be wasted. Also, everyone should be involved in the discussion.

Personally, I’d get excited about a meeting that provided espresso! Regular coffee would do, but I’d be slightly less excited. But the point is, how can you maximize your approach to meetings to keep people excited about business? Small changes can reap great rewards.

And have you ever actually asked your employees what would make meetings less painful and more productive for them? Their answers might surprise you.

Before your next meeting, take the time to identify the purpose. What is the objective and what is the expected outcome? Don’t have a meeting for the sake of having a meeting, even if it’s a weekly tradition. Sure, it’s important to keep everyone in the loop, but this legacy idea that you have to have regular meetings just to say you did is a real time waster. And how many of us can afford that?

What if your employees were just as excited about going to your next meeting? What’s your hook? You let me know… I’ll just be sneaking into an Amazon meeting to grab a quick slice.

Read the rest of Jeff Weiner’s awesome post on a smarter meeting strategy on his LinkedIn profile.