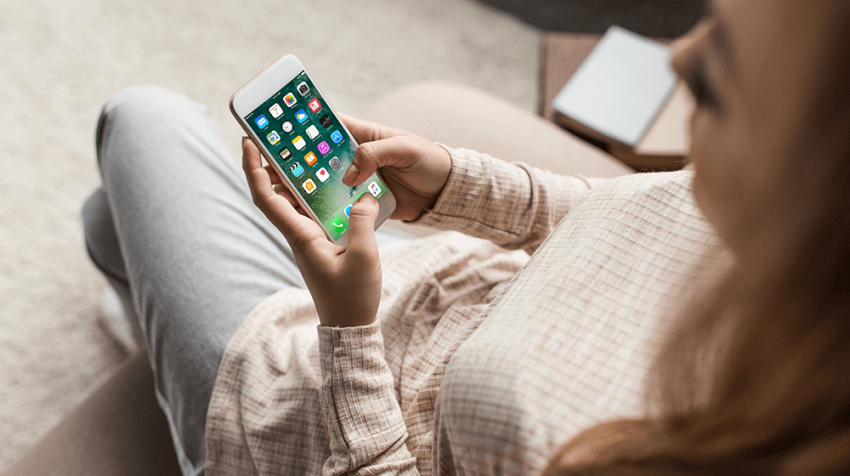 Knowing how and which social media platform your audience uses is an important data point. Identifying this information will improve your engagement level and marketing efforts. And according to a new report by CenturyLinkQuote, the platforms vary from state to state.

The data from this report is especially important as people spend more time on their smartphones accessing social networks. According to a 2018 Nielsen report, adults in the U.S. spend close to half a day interacting with media. And social media takes up 45 minutes of those 11 plus hours.

As a small business, you can optimize your social media marketing so you can squeeze your brand in those 45 minutes. And the CenturyLink research is one of the many resources you can use to make it happen. 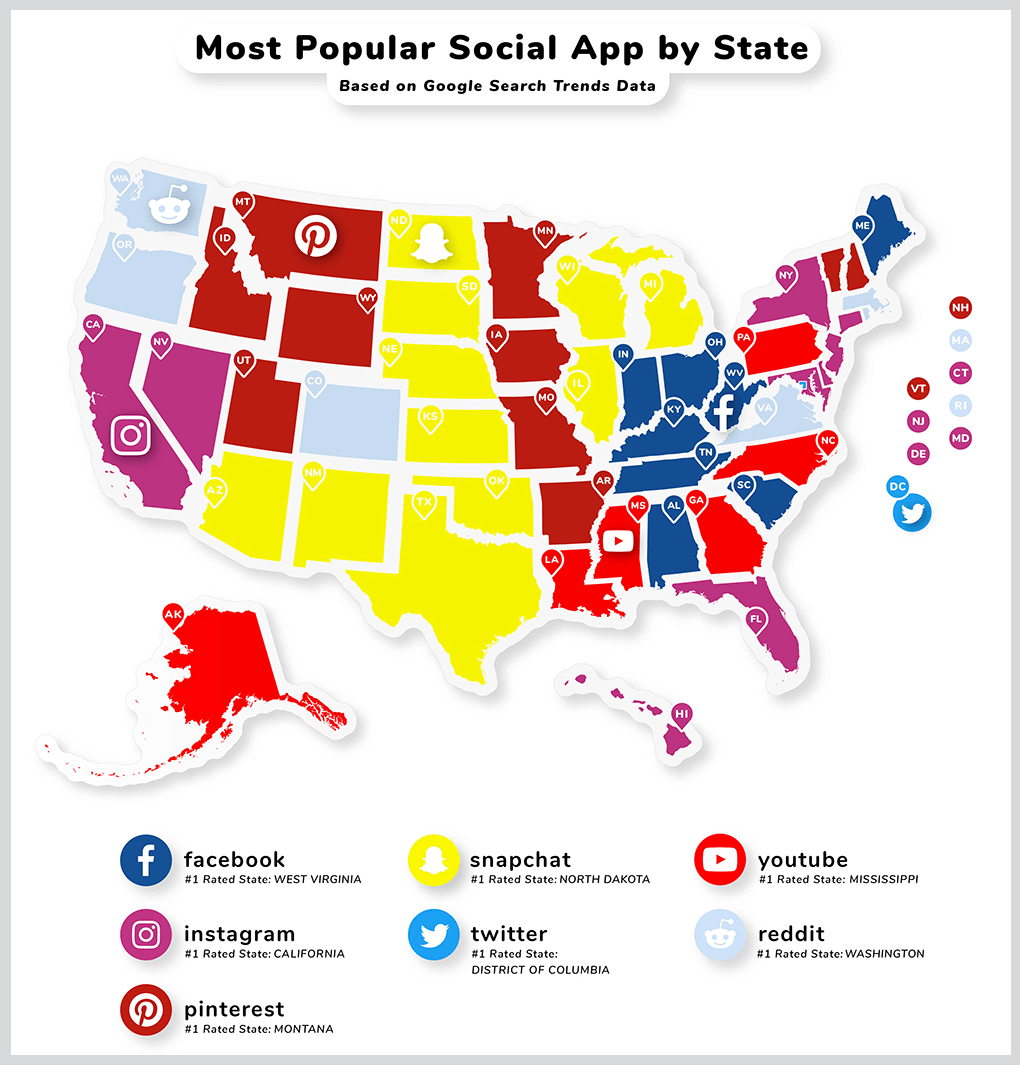 The Importance of Social Media in Business Marketing

Social media is as relevant today as print, radio, and TV was in the past. But it provides more tools for interacting and analyzing how, where, and on what device consumers are engaging.

Whether you are a small business or a large corporation, the technology is a must-have in a digital ecosystem. Best of all, it is an affordable/free solution anyone can use to increase the awareness of their brand.

If properly optimized, social media will help you connect with your customers and boost leads and sales.

Most Popular Social Media Apps in Each State

In last year’s report, Google Plus was one of the top-searched social media apps nationwide. So much so, it tied with Snapchat for the first place.

The graph below shows the 2018 data from CenturyLinkQuote. 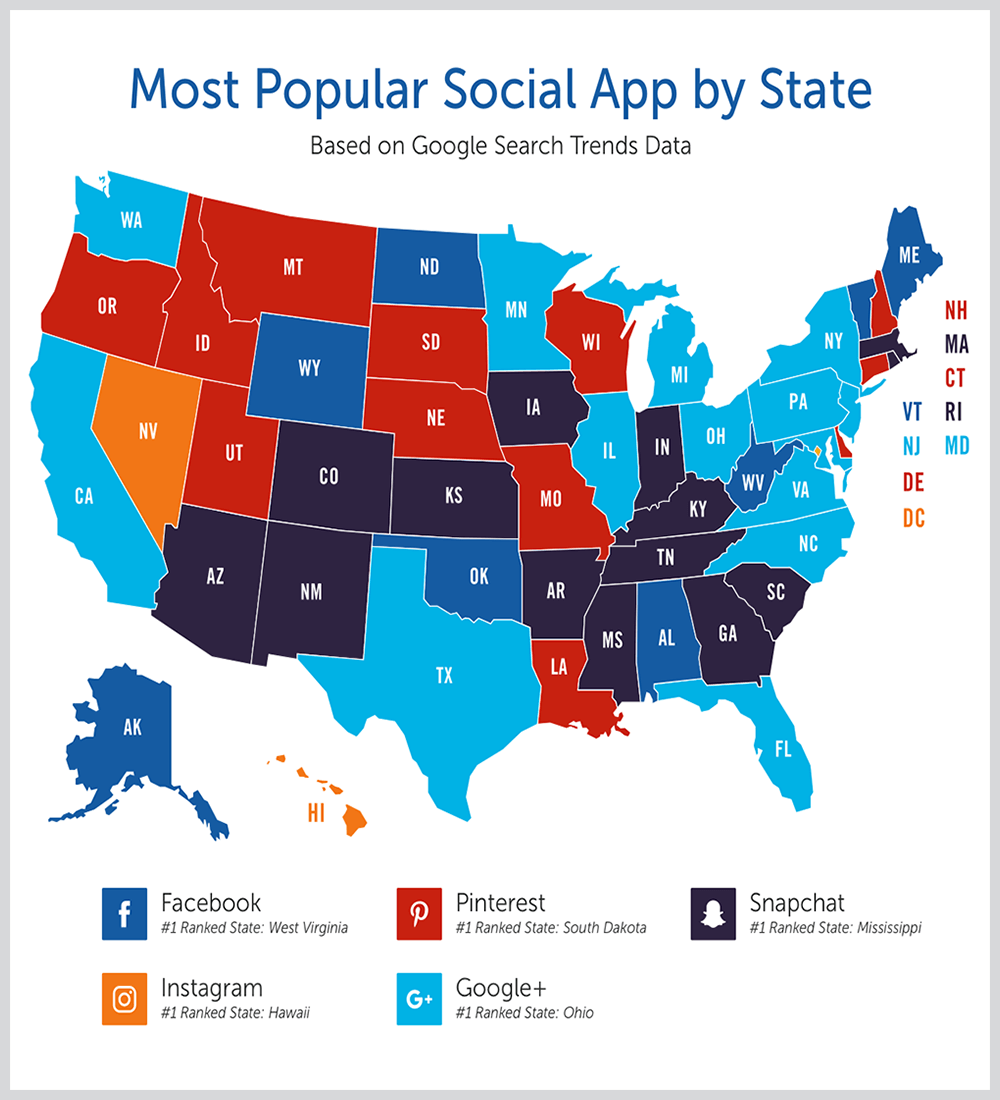 CenturyLinkQuote said this year Google Plus didn’t even show on the map. This might have to do with the platform shutting down in August of 2019.

With Google Plus out of the way, Snapchat claimed the number one spot by itself this year. It was the number one search in North Dakota by far, but it was also number in 10 other states.

Snapchat achieved the top spot even though it experienced slower growth numbers in 2018.

While Pinterest doesn’t get the headlines like other social media channels, the company has carved out a niche with certain industry segments. Time will tell how Pinterest performs moving forward as the company just went public at $19 a share.

Coming in at number three is Instagram, as it beat its parent company Facebook and took its place from last year. This year it was number one in nine states.

California had the most Instagram related searches this year. Some of the other states were Connecticut, Delaware, Florida, and Hawaii.

Facebook came in at number four. With 1.5 billion active daily users it is a very well-known brand, so this may be a reason it is at this spot. Users might just go directly to the site and not search for it like they do other platforms.

Another issue may be the long list of scandals the company faced in the past couple of years. But even with these problems, Facebook still has more users than any other platform.

In this report, Facebook was number one in eight states, with West Virginians searching for the app more than anyone else. The other top states for Facebook searches are:

Tying for the fifth spot are two of the oldest platforms on the list. Reddit and YouTube are different than the other social media channels, but they nevertheless have a huge following.

When it comes to Reddit, the community it creates around specific topics makes it a very popular destination for like-minded people.

People in the state of Washington made Reddit the top destination. But Colorado, Massachusetts, Oregon, Rhode Island, and Virginia also prefer the platform above others.

For YouTube, the people in Mississippi tuned in to its site the most. However, the residents in Alaska, Georgia, Louisiana, North Carolina, and Pennsylvania also made it their preferred destination.

The fact Twitter didn’t register as the top search in any of the states is surprising. What is not surprising is it was number one in Washington D.C.

With President Trump using Twitter to communicate directly with the people, it is somewhat appropriate it garnered the number one spot in the center of the country’s political hub.

These are the number one apps overall across all states. 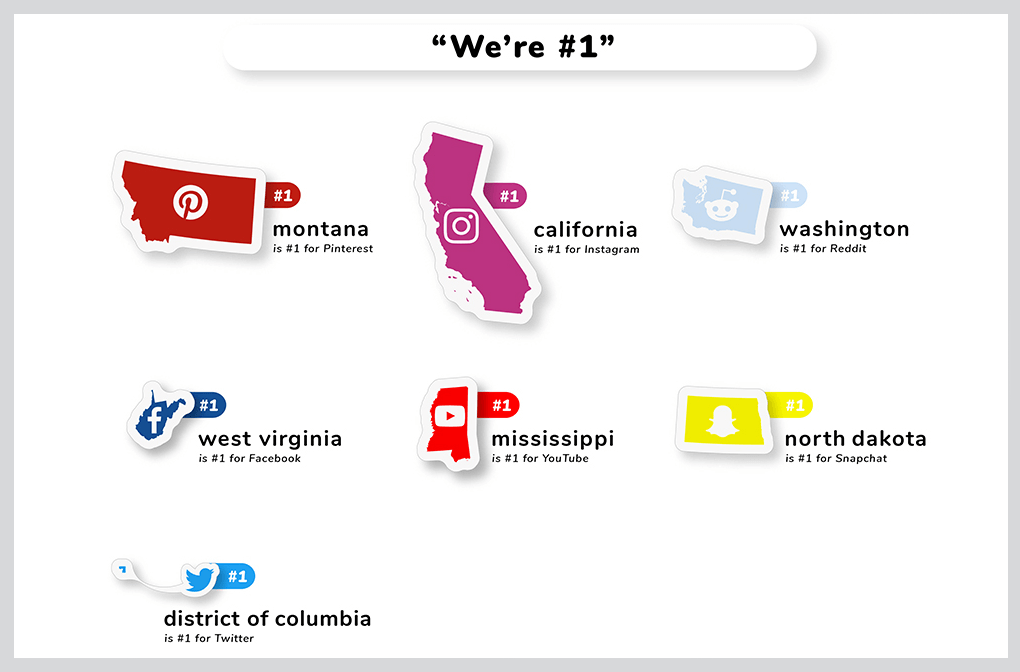 The Future of Social Media

The GlobalWebIndex (PDF) says close to half of internet users follow a brand they like or think about buying something from on social media. And in most instances, the smartphone is the device of choice.

Brands with a social media presence using images and video will have more success connecting with users. This is because consumer behavior has changed.

According, Simon Kemp, Global Consultant at We Are Social, “With 4 billion people now online, we’re already seeing new digital behaviors emerge. Keyboards will be replaced by voice commands and cameras. Visual content will dominate social and messaging, and new technologies will offer richer digital experiences for people everywhere. To keep up, brands need to rethink their strategies, build new capabilities, and quickly adapt.”

Having a strong social media presence is a great start.