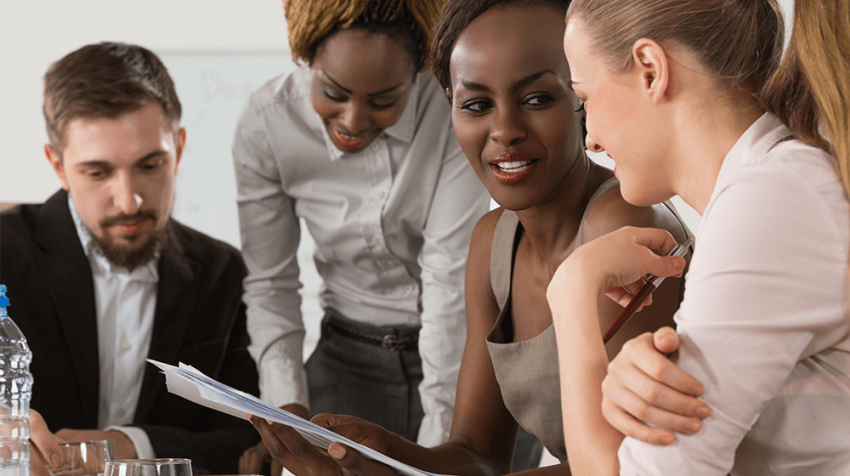 A recent article about Facebook having biased algorithms is in the news. It has prompted small businesses to take another look at hiring bias in the workplace. Small Business Trends spoke with Charlotte Blank, chief behavioral officer of Maritz. She offered a new approach involving behavioral research and company data.

How to Reduce Hiring Bias

Here are 5 things you can do to reduce hiring bias without taking diversity training.

“As a behavioral scientist, the main principle here is to focus on the system and the environment instead of  changing people’s bias,” she says.

Blank suggests that small business hiring mangers can check bias by using behavioral policies. The first suggestion is to remove the name of applicants from resumes.  She says there is software available that can help. Blind recruitment involves removing other data like education, gender and even experience too.

She also says there’s more to reducing bias than just going with your gut. You need to list the skills you want and have a scale to rate each. After you’ve got all the data,  compare the prospects one trait at a time. Having an objective overall score to work with helps to eliminate bias. Blank says this type of structure eliminates some emotional shortcuts.

“Structure is important so you’re not just listening to your gut and hiring who you like.”

Change Up Your Performance Reviews

Performance reviews are notorious for bias. One of the problems is women are more likely to get critical feedback than men. Another issue occurs when a small business owner overhears an employee’s evaluation of themselves first. That can skewer their impression from the beginning. One solution is to add to the number and frequency of these interviews.

There are several different types of meetings that you can have. One can focus on goal setting for your employees. Other types can include a focus on career development and even a general monthly check in. Blank also suggests that interviewers write down their own scores and thoughts before looking for employee feedback.

Reversing the traditional  order is a great way to diminish bias during performance interviews.

Seeing is believing. One of the big ways that bias gets perpetuated is through what’s called stereotype threat. This is a problem where people have an unconscious tendency to fulfill stereotypes. One research study quoted by Blank proves women who were shown pictures of female leaders before speaking in public did better than those who saw pictures of male leaders.

Establishing diverse role models in your business is the answer. Networking and establishing employee groups are two ways to reach this goal. Focusing on inclusion is another important element to attracting the right role models.

You wouldn’t launch a new product without testing it first. According to Blank, the same goes for any anti bias policies your small business adopts.

See Also: How to Save Your Business Money with WiFi Calling

“All policy or program changes need to be designed and measured. These procedures let you know if  they had the intended effect,” she says. ” You should be clear about the outcome you want to influence with the new program, how you’re going to measure it and where the metric is presently.”

Finally, Blank has a challenge for those small businesses looking to make a dent in hiring bias in the workplace.

“There’s a tremendous amount of research on biases in lab settings,” she says. “However, there isn’t enough on how these play out in marketplace settings. I’d like to urge everyone to lead like a scientist. Don’t just do it but test it and share your findings.”