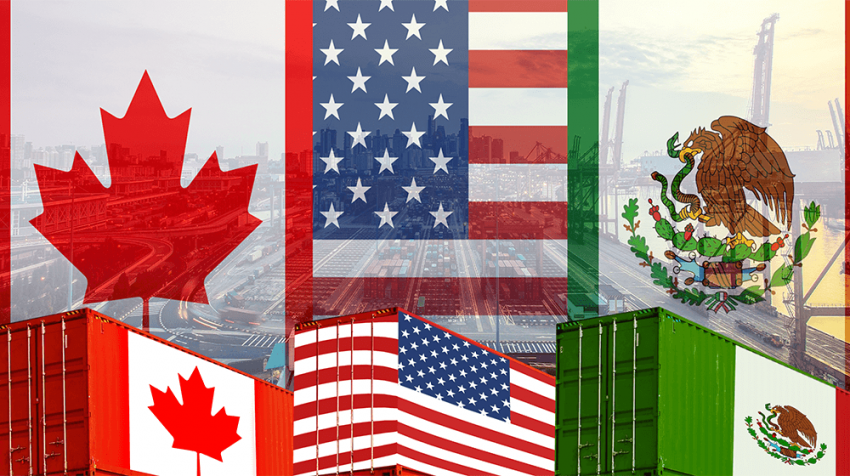 When President Trump got America out of NAFTA and into the United States-Mexico-Canada Agreement (USMCA) many small businesses expected to benefit from the windfall of the new deal. And according to the U.S. International Trade Commission (USITC), the agreement will have a positive and overarching impact on the economy.

The USITC report (PDF) titled, “United States-Mexico-Canada Agreement: Likely Impact on the U.S. Economy and Specific Industry Sectors” looks to determine how the agreement will affect the U.S. economy.

Impact of the USMCA Deal on Small Business

The president and CEO of the non-partisan Small Business & Entrepreneurship Council (SBE Council), Karen Kerrigan, issued a statement after the report was released.

Kerrigan noted the biggest gains in the report are for the manufacturing and the service sector. Kerrigan added, “The findings clearly demonstrate the value of USMCA to workers, small businesses, entrepreneurs and our economy and is another reason why every member of Congress needs to get behind passage of this important agreement.”

The SBE Council reported small to mid-size businesses dominate trade with Mexico and Canada with most of the businesses having fewer than 20 employees.

Although most people don’t think of small businesses as importers/exporters to other destinations, it is a different ball game when it comes to Canada and Mexico.

Overall, the 379-page report revealed the USMCA will have a positive impact on U.S. real GDP and employment. But the numbers are not going to be spectacular.

The biggest impact of the USMCA is going to come from new rules on international data transfers and e-commerce. These rules were not part of NAFTA. The new intellectual property rights provisions will increase protection for firms in the U.S. who rely on intellectual property.

The agreement will also restructure automobile production by increasing regional value content (RVC) requirements or more American parts in the vehicles. Additionally, 40% percent of each vehicle is going to be made by workers who earn $16 per hour.

In order to take effect, it has to be ratified by the U.S. Congress as well as the respective legislative bodies in Canada and Mexico.