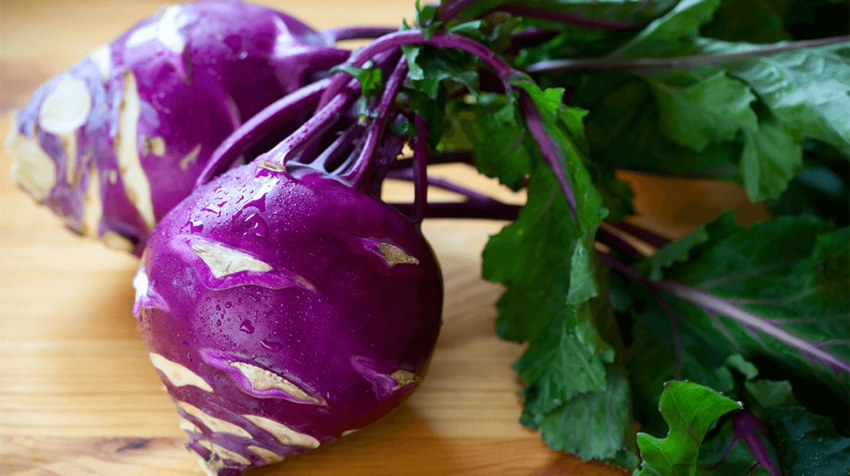 Do you run a small farm business? Then you should discover  exactly how many vegetable growing options are open to you. And there are so many specialty vegetables that can be grown in the North American climate. So you can really get a jump on your competitors by growing far more interesting produce than usual.

Here are thirty specialty vegetables you can grow on your small farm business.

This aquatic vegetable grows underwater in marshes. And people use it in a wide variety of Chinese dishes. You can eat the small, rounded corms raw. But people usually choose to boil or grill them.

This vegetable possess seeds and leaves that have become common ingredients in Southern and Central Asian dishes. And word has also spread about its properties beneficial to human health.

Food connoisseurs know Bok choy as a type of Chinese cabbage. And it has become particularly popular thanks to its resistance to cold weather. Fun recipes for the leafy vegetable abound. So its status with foodies remains solid.

Asparagus sets itself apart by being a perennial flowering plant species. And this makes it popular with small business farmers who desire a reliable crop.

The many options for preparing cabbage make it a popular ingredient. Both consumers and farmers appreciate it. And the vegetable grows especially large during the longer summer days too.

Cabbages are not the only cole crop or cruciferous vegetable that makes a good specialty or ethnic vegetable choice, also consider the ever popular broccoli and cauliflower.

For a slightly more adventurous cole crop, try growing the German turnip known as kohlrabi. The great selling point of this vegetable is its high levels of phytochemicals and carotenes, which are important cancer-preventing antioxidants.

The classic root vegetable is also very healthy and is used in a wide variety of dishes. From seed they take about three months to mature.

One of the oldest known vegetables cultivated by humans is the marshland plant called celery. Some preparation methods use the leaves, others the stalk, while the seeds and extract are used in many spice blends.

Also known as baby corn, this cereal grain crop is quick to grow as it is harvested when the stalks are still small and immature.

Being originally native to Iran and Central Asia, garlic also has a long history of use worldwide. A popular seasoning in many different dishes, it is also easy to grow all year round even in mild climates.

Another perennial plant in the form of this root vegetable that is a popular ingredient of many spices and condiments.

Other ornamental gourds are worth investigating, but perhaps the most useful to a small farm business is the luffa gourd, otherwise known as the loofah sponge.

There are many options for growing salad greens, with the best probably being mesclun, baby spinach and pea shoots. The options are almost endless though, and they don’t require a huge amount of space either.

The many kinds of sprouts can be another good option for a small farm business; Grow the likes of alfalfa and bean sprouts to be popular with health food enthusiasts.

Technically a fruit according to its botanical classification, the squash is considered a vegetable for food preparation purposes and is a fun crop to grow.

Another non-vegetable that is considered as one for food preparation purposes is sweet corn, which is quicker to grow than field corn as it is harvested when the kernels are still immature.

Sticking with the sweet theme brings us immediately to sweet potatoes, which is especially popular with health food enthusiasts. Not only is the root edible, but the leaves and shoots are also tasty recipe ingredients too.

One of the best vegetables for a small farm business to grow is another that is technically a fruit, but again is considered a vegetable for food preparation purposes. The tomato comes in many different shapes and sizes that are growing increasingly popular with food lovers.

Like the tomato, the wide variety of specialty mushrooms gives you plenty of interesting options. Popular choices include agaricus, shiitake, oyster and morel mushrooms.

Onions might not be quite as popular as tomatoes but there is a nice range of interesting specialty onions to be grown too. Look to grow the likes of shallots and transplants, as well as sweet and early onions.

Originally hailing from the Mediterranean region, the humble pea has been a mainstay of European cuisine at least since medieval times, though ancient Near Eastern cultures have been using them for far longer.

Food lovers are unlikely to ever get enough peppers and there are many different kinds to grow on a small farm. As well as the standard red, green and yellow versions, there are specialty peppers such as the purple and extra hot varieties.

With multiple food preparation purposes and Halloween every year to help sell any unsold produce, it is worth considering setting some ground aside for a pumpkin patch.

With both the taproot and the leaves being edible, little is wasted when you grow beets. Different varieties can be eaten boiled, roasted or even raw in some cases.

Technically the fruiting body of a subterranean fungus, some types of truffle are adored all over the world and considered fine cuisine in many French, Italian and Middle Eastern dishes.

The Japanese variety of horseradish is about as ethnic as it gets when it comes to growing vegetables. It is a popular condiment for sushi food and can be used in a wide variety of other ways as a spicy alternative to the likes of chilies.

While not vegetables exactly, edible flowers are considered so for food preparation purposes and can be eaten as part of a main meal or used as a herb. Edible varieties include the American elderberry, the English marigold and the Japanese honeysuckle.

There are two great benefits to growing the Jerusalem artichoke, which is native to North America. The first is the sweet tuber that grows underground and keeps for a long time after harvest, and the other benefit are the beautiful tall sunflowers that grow above ground.

Any variety of baby vegetable is likely to be popular with consumers as they all tend to be small, succulent and extra tasty. There are so many options here, including most already mentioned on this list. Others not mentioned yet that have baby varieties worth growing include cucumbers, eggplants, leeks and radishes.