58% of US Employees Choose Happiness Over More Money at Work 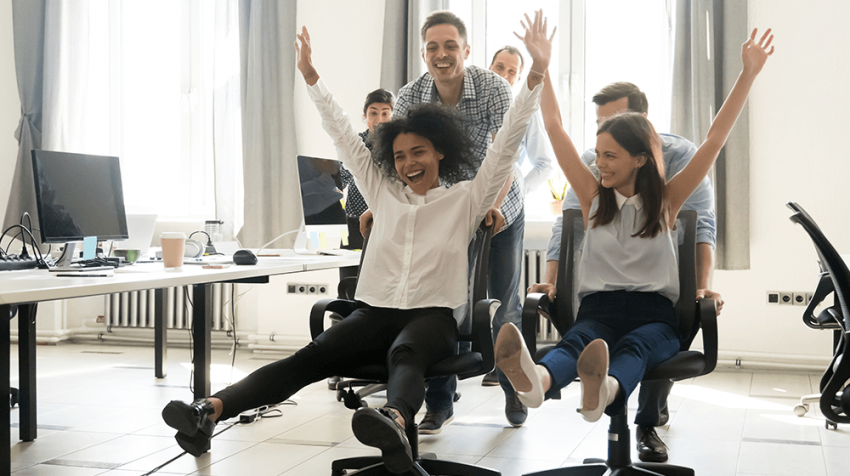 How many times have you heard “Money can’t buy you happiness?” Probably more times than you care to count. Well, a new report by Wrike says more than 50% of U.S. and UK employees are choosing to be happy over their paycheck size.

Today’s workers are reporting doing meaningful work is the most critical factor in being happy. So much so, it even ranks higher than their compensation.

What does this say about the workforce? For small businesses who are competing in a tight labor market against large companies, a lot. As long as you provide a decent living wage, you can create an environment which will attract such employees. They might even opt for your business instead of being another cog in the wheel of a large corporation.

Wrike Vice President of People Operations Megan Barbie talked about the change taking place in the press release. Barbie said, “The nature of work is changing, and with it, employers must also evolve their strategies for building happy and engaged workforces.”

Barbie goes on to say organizations have to stop making assumptions about what they think will make their employees happy. Adding, businesses have to really invest in what matters to their workers. This includes, “Building an environment where teams can collaborate effectively, regardless of location, to complete work that has meaning and resonates with their values.”

Wrike surveyed an equal number of people (1,000) in the United States, the United Kingdom, France, and Germany. The participants were asked questions about compensation, collaboration, and workplace culture.

What Do Employees Want?

For some employees (4 out of 10), taking a pay cut to be at a job where they were happy was par for the course. In the U.S., the number is much higher.

One of the ways businesses can make their employees happy is by sharing the vision of the company. Wrike says, having everyone on the same page towards the same goal gives employees a clear vision.

Having this sense of vision along with inclusivity gives workers more meaning for every task they perform. As Wrike says in the report, “Explicitly tying individual work to company goals and objectives is another way to make work meaningful.”

What do Employees Want?

Each employee is different and no two groups will probably be alike. But as the Wrike report reveals, somethings resonate more than others.

Being productive makes employees happy. In the U.S. 91% of the happy respondents said they were very productive. The numbers go down for Germany, France, and the U.K. to 67, 63, and 59 percent respectively. But it starts by challenging your employees.

According to Wrike, automating repetitive tasks is a proven way to get workers to focus on more important and productive responsibilities. Challenge your workers by highlighting their strengths with new projects.

Having the right person for the right job goes with the next data point in the report. Workers across all four countries said always knowing their duties makes them happy.

The report says when employees have visibility into their daily tasks, they can build their own workflow. This, in turn, guides them towards the larger initiative of the company, giving them purpose and clear priorities.

You can read the full Wrike report here.