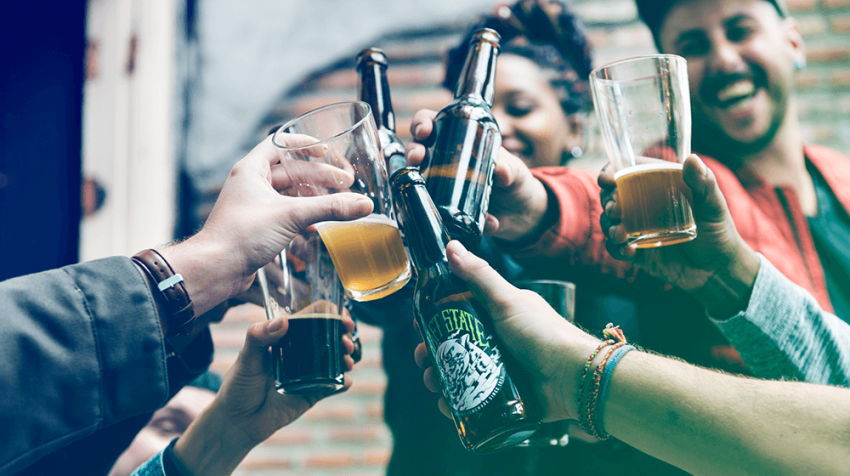 The taste of good quality craft beer is uniquely different depending on the brewer. And these varied tastes are what connoisseurs of craft beer search for. Once they find their brew of choice, customers become evangelists trying to convert their friends and family.

A new survey by C+R Research says taste is the number one factor drinkers look for in a craft beer. This was the case for more than 90% of the respondents in its survey. Not only that, 91% say they prefer it to big brand beers, and 86% are willing to pay more for their craft beer of choice.

If you are a small business owner in the food and beverage segment, this is all good news. With the right craft beers on tap, you can get more people to come in your restaurant or pub. And with so many brewers locally and across the country, you won’t run out of choice any time soon.

C+R Research carried out its survey to find out just what exactly is driving the growth of the craft beer industry. Using Amazon’s Mechanical Turk online platform, C+R polled 2,000 Americans across the country from March 11- 22 of 2019. Men and women ranging in age from 21 to 70 years old took part in the survey.

What Craft Beer Drinkers Look for in Their Drink

As mentioned earlier, taste is the number one choice. This was followed by more than 60% of respondents who said style (stout, IPA, etc.).

The third factor, which is price, shows this demographic is willing to pay more for the taste and style of craft beer they want. As a matter of fact the survey specifically asked, “Does price influence whether you purchase craft beer? And 76% said no, with only 24% responding yes.

This bodes well for small businesses who want to carry craft beers in their pubs or restaurants. With the right variety of craft beers, you can attract a wide range of customers willing to pay more.

After the price, drinkers look for the brewery, alcohol percentage, location of brewery, and more.

How Much Craft Beer are Americans Drinking?

When they drink, Americans are spending $59 on average per month on craft beer. Males spend $7 more than the average, and women $9 less than the average. And the preferred style of beer is IPA (India Pale Ale).

The numbers are slightly higher for millennials. Fifty-six percent of them drink craft beer at least once per week, with an average spend of $63 per month. But IPA is still the preferred beer for this group also.

The volume share of craft brewers in the market place is more than double digits now. And it shows no sign of slowing down.

The growth is being driven by the quality of the product and the culture of craft brewery itself. Drinkers of craft beer spend more money and they tend to be more loyal customers.

All you have to do is make sure you have choice beers from your local craft brewers on tap to bring them in.