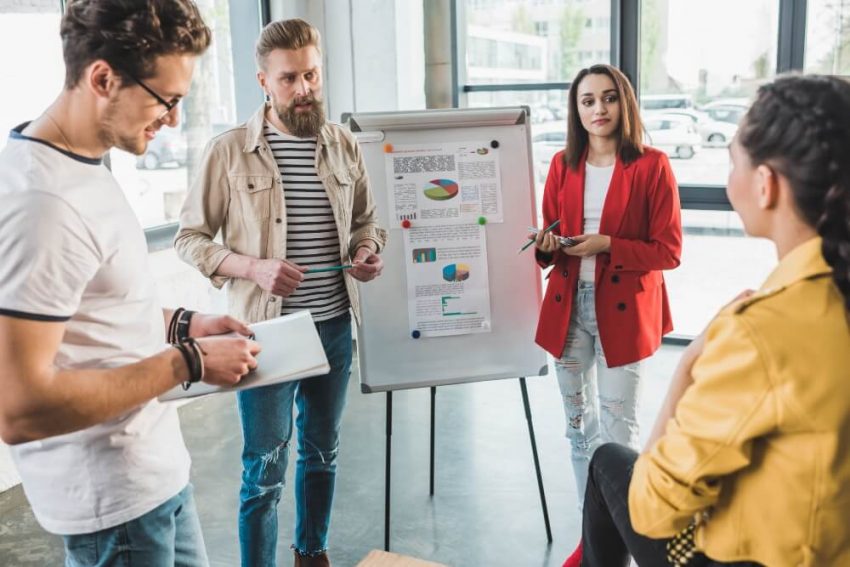 For most small businesses, growth is a primary objective. And while achieving growth is wonderful, it often presents issues for companies that are unprepared to scale up. When these issues aren’t dealt with swiftly and effectively, the business will eventually crumble due to scaling mistakes.

Managing the Chaos of Growth

Growth is a topic entrepreneurs love to contemplate, but it’s not one that gets studied enough. If you’re willing to learn from the past – and even your peers — you’ll discover that others have already made a litany of scaling mistakes so that you don’t have to. They’ve also enjoyed profound successes and discovered what it takes to foster authentic growth.

Think about the most successful people, nations, groups, and companies in history and consider the way in which they grew. The Roman Empire, for example, had an expanse of five-million-plus square kilometers at its height. But it didn’t grow to that size overnight. The Roman Empire lasted for well over 1,000 years and was built over hundreds and thousands of invasions, battles, and political maneuverings — one square kilometer at a time.

Consider a modern example: Facebook. When Mark Zuckerberg and his fellow Harvard College students and roommates launched the online social network, they didn’t immediately start a national or global blitz and attempt to take over MySpace (the major social networking platform of the time). Instead, they started small. In order to join, you needed a Harvard.edu email address. Then they added another college. And another. And another. Eventually, they launched to anyone with a college email address. Finally, they launched to anyone and everyone.

The Facebook launch model was all about the phenomenon of critical mass. They knew people wouldn’t join Facebook if they didn’t have friends on it. So instead of targeting hundreds of millions of people, they started small. They believed — and rightly so — that a few dozen users would lead to a few hundred, which would lead to thousands, millions and possibly even billions of users.

The Roman Empire and Facebook are an unlikely pair, but they are just two examples showing that growth has always been a huge focal point in politics, business, and life in general. However, for every story of successful growth, there are dozens of companies that attempt to scale up and end up crashing. Generally speaking, it’s because they fail to lean on the proven advice of those who’ve gone before them and attempt to scale up prematurely or too fast. In doing so, they bring on countless problems.

Hear this: Growth is good. However, growing too fast is arguably worse than staying put a little longer than you should. Yes, under certain circumstances, temporary stagnation can be better than premature growth. That’s not something everyone will agree with, but it’s a truth that’s supported by dozens of case studies and business obituaries over the decades.

Most businesses try to grow for the sake of growth and, in doing so, forget about the importance of establishing a strong foundation that can withstand the downward pressure that’s applied when there are more resources to manage, prospects to chase down, customers to keep happy, and money to allocate. You don’t want to make these same scaling mistakes.

Now that you have a big-picture overview of the importance of scaling at a slow and steady pace, let’s explore some of the top scaling mistakes companies make that prevent them from doing so (and how it affects different areas of business).

Growth is something that needs to be managed by people who have strategic leadership qualities. While everyone can have a say in how your business grows, be wary of letting innovators take the lead.

“Innovators are an invaluable part of your team, but they’re often not the best people to put in charge of scaling,” business consultant Rhett Power mentions. “The constant search for new ways of thinking and doing requires a heavy investment of time, energy, and — eventually — money. There will come a time when it’s more practical to focus on maintaining what you’ve built rather than redesigning it or trying to dramatically improve it.”

On a related note, product innovation is only one aspect of differentiation. As you grow, you’ll discover that it’s often more cost-effective and less resource-intensive to innovate customer service, customer experience, shipping/logistics, etc.

In terms of hiring and managing human resources, two things happen to startups as they grow:

Whatever the underlying cause for hiring new employees is based upon, growing businesses frequently make the mistake of hiring the wrong people. While they may consider a candidate’s resume or technical skillset, they don’t take nearly enough time to evaluate whether they’re a good “fit.”

When hiring employees, ask yourself questions like: Do they possess an attitude that meshes well with our mission? Are they willing to sacrifice short-term gains for long-term results? Do they understand the vision of the company?

When your business is small, it’s fairly easy to keep track of finances. But as your company grows, you’ll find that it takes a much more purposeful approach to keep accounting in line. One of the biggest scaling mistakes growing companies make is losing track of accounting and drowning in disorganization. Not only is this frustrating, but it can have serious tax repercussions and legal consequences. Here are some suggestions to avoid a similar fate:

Accounting isn’t sexy, but it provides significant peace of mind. When you have your finances under control, you’re freed up to focus on other areas of the business.

Debt is a strategic tool for growth, but it’s not something to become overly reliant on. Many well-intended founders have relied so heavily on debt to grow that they unwittingly handcuffed themselves and eliminated future flexibility.

Whenever possible, try bartering instead of taking on more debt. If you’re in the B2B world, this is especially useful. You can offer your services to a company in return for theirs. By building out this network, you lower your overhead expenses and prevent the need for excessive debt. Obviously this can’t be done with everything, but it is a valuable strategy in many situations.

5. Too Much Focus on Sales and Marketing

When growth is the primary focus of everything you do, you’re inclined to spend all of your time and resources on sales and marketing. After all, that’s how you get new customers! But this may actually be a mistake.

When all of your attention goes to sales and marketing, you neglect creating value for your customers. Innovation goes by the wayside, customer service takes a backseat, and the errors and kinks in your product fail to get worked out in a timely manner. The result is a sub-par customer experience that negates any progress you make on the sales and marketing front.

6. Failure to Listen to Early Adopters

Another problem with constantly marketing and selling is that you don’t take the time to listen to your customers. Your early adopters, in particular, will let you know what they like, don’t like, or want to see. If you’re the only one doing the talking, you’ll miss the chance to implement simple improvements before scaling up your customer base.

7. Failure to Develop a Culture

“If you’re scaling successfully, you’ve probably got great people working for you. Losing them at this stage is very easy if you’re not paying attention,” entrepreneur Matt Doyle writes. “Sometimes it’s just that responsibilities grow too fast, but I’ve also seen teams fail because the earlier members didn’t get along with all the new people who came aboard and didn’t understand/couldn’t maintain the culture that got you here.”

Culture is something you have to focus on from the very start. While it can evolve over time, it’s hard to go back and create an entirely new culture from scratch. Decide on what’s important and really instill these values in every existing employee and new hire.

This article isn’t meant to scare you away from growing, but it should give you pause and make you think twice before you pursue growth for the sole objective of getting bigger.

It seems that the biggest problem among today’s entrepreneurs and young business leaders is the belief that growth can be hacked. There’s even a buzzword for it: growth hacking. It’s the idea that you can implement a couple of shortcuts or find a few loopholes and grow your business in weeks or months, rather than years. Unfortunately, the notion of growth hacking has permeated the modern entrepreneurial mindset and led people to believe that they can do things that really aren’t possible or healthy in the long run.

Your primary objective should not be growth hacking. Instead, try focusing on what we’ll call disciplined scaling. You want to grow at a pace that’s purposeful, strategic, and steady. Sometimes this growth will happen fast, but more than likely, it’ll follow the gradual path of other successful groups, nations, and companies. And if this means avoiding a premature collapse, then by all means, slow and steady is a good thing.