80% of Americans Experience Tech Frustration Daily, Are Your Customers Among Them? 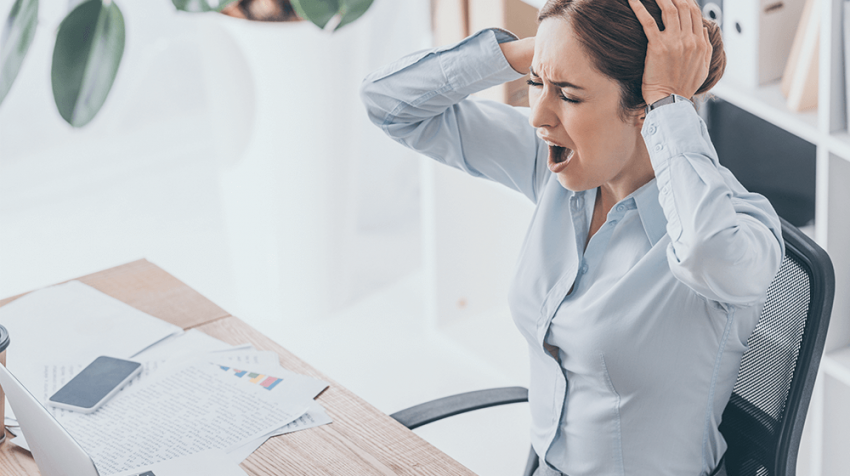 Digital technology has transformed the way people communicate, socialize, work, shop, play, travel and more. And this has increased their reliance on the technology, which makes it that much more frustrating when something goes wrong.

If you are a small business owner and this frustration is directed towards your website, mobile app, or other digital presence, you might never see your customers again. Which is why you must do all you can to keep everything on your end up and running.

Even if everything is in tip-top shape on your end, it doesn’t resolve the tech frustration consumers face elsewhere. And as Bettie Colombo, spokesperson for Asurion, said in the press release, people have better things to do. “No one wants to spend such a large part of their day trying to get their tech to work the way it should. After all, it’s the very thing that’s supposed to make our lives easier.”

Asurion has a unique perspective on the tech frustration people experience. The company helps over 300 million people around the world with their tech related issues. To better understand these pain points, Asurion conducted a study along with OnePoll.

The study looked at the tech habits of 2,000 Americans, and these are some of the most pressing issues the poll identified.

The Most Frustrating Tech for Americans

The most frustrating tech for Americans is WiFi, which is not that surprising. Considering the amount of time people are on their smartphones or laptops using WiFi, any connection related problem will quickly receive the wrath of users.

Four out of five Americans say they are very frustrated or somewhat frustrated with dropped or slow connections.

So, not being able to connect to WiFi is almost as frustrating, which is why it is at number two. More than a third or 38% say they are frustrated because they are not able to connect, and another 34% are somewhat frustrated.

The fact the biggest issues are related to connectivity highlights how much Americans rely on their mobile device. Smartphones have become an integral part of the way people live today. Whether it is finding a location or ordering food, when this connectivity is lost, the frustration is quick to surface.

Two issues are identified as the number three problem, one of which is also related to connectivity. Slow downloads and buffering and issues logging in to the device or app is frustrating for 71% of the respondents.

Some of the other frustrating tech-related problems are battery life, computer or app crashes, forgetting passwords, and security issues/viruses.

In order to get frustrated with technology, people have to use the devices which cause this ire. And at the top of the list is the smartphone. Americans have gotten so frustrated with their phone, 55% said they have broken them after throwing them so hard.

The initial tech frustration is just the beginning. Americans say they are just as frustrated with the amount of time it takes to fix the issue. More than 40% say they spend over 10 minutes per tech incident to resolve the problem. Some incidents can take much longer.

If you are running a business and your tech is down for more than 10 minutes that is time you can ill afford to lose. Make sure you have a backup and recovery system in place so you can be up running as soon as possible.