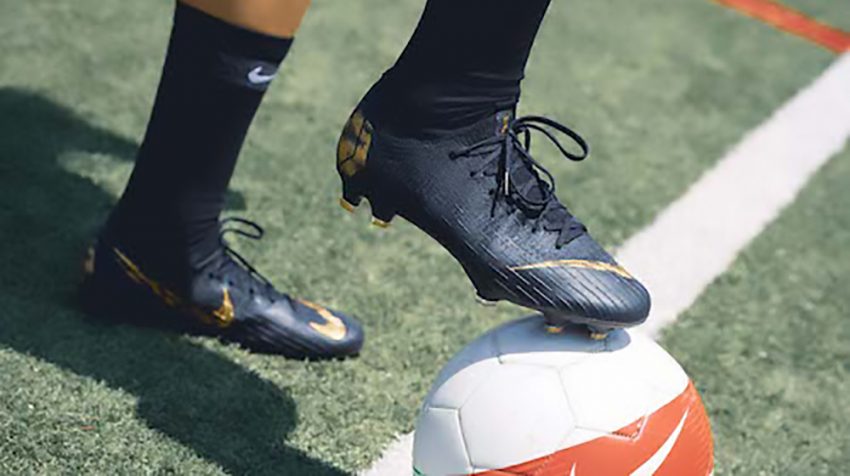 I spend most of my weekends watching my daughter’s U15 soccer games or driving to tournaments, so it’s only natural that I was riveted watching the US Women’s soccer team’s World Cup run. And as someone who feels strongly about teaching girls about teamwork and the importance of helping each other, it’s been incredibly rewarding to see the #USWNT’s victory parade on Broadway and to watch them on the Espy awards and late-night television. Although they’ve taken women’s soccer to new levels of popularity, the influence of the team is expanding far beyond the field — they are driving the equality conversation, championing #equalpay, and motivating a new generation of athletes and advocates.

As a marketer who works with small businesses, I naturally thought about what inspiration small businesses could take away from Megan Rapinoe, Alex Morgan, Rose Lavelle, and their teammates.

Although the team boasts a number of soccer stars, they wouldn’t have been victorious without the backing of some incredible coaching from Jill Ellis. After a crushing defeat to Sweden in the 2016 Olympics, Ellis recognized that change was necessary. She reshuffled the roster, left some of the team’s most famous players behind, brought in new talent, and shifted players into new positions. The result? Her team won back-to-back World Cup Championships – which hadn’t been done by anyone since Italy’s men’s national coach in 1934 and 1938. Small businesses can learn from Jill Ellis, and the #USWNT, that the courage to take risks and make difficult decisions (even when they may not be popular) is critical to success.

You need a deep bench

There’s no dearth of talent on the #USWNT. Players that wait patiently on the sidelines would routinely start on any other team, and that’s one of the reasons the team is so good. A deep bench enables the team to overcome injuries and easily adjust to meet the competition. Talent is just as important for small businesses! In fact, research shows that high-growth small businesses are 29% more likely to invest in talent and training than their slower-growth counterparts. And while you may rely heavily on your go-to, seasoned employees, it’s important to continually develop new talent for fresh perspectives and innovation. For inspiration, look at Rose Lavelle’s first World Cup performance. With the support of an all-star team, a coach willing to give her the opportunity, and her innate ability and creativity, she scored a brilliant goal on soccer’s biggest stage. This and many other moments earned her the Bronze Ball and recognition as the 3rd most outstanding player in the tournament. In the words of her teammate Becky Sauerbrunn, Lavelle “is for now and for the future.”

Get comfortable with change

Adaptability is important both on and off the field. The #USWNT is known for continuously reinventing itself. I’m not talking about Megan Rapinoe’s hair color, but about changing the way they play the game. They aren’t afraid to adapt their approach to accommodate different circumstances — such as injuries or competitors’ lineups — and that’s one of the reasons they keep winning. For small businesses, adaptability is critical too. Today’s world changes faster than ever before, and to be successful you need to be nimble and react quickly to changes in the marketplace or competitive landscape.

One of the things the women’s team is most known for is its absolute confidence, commitment, and focus. This team showed up, excelled under pressure, and exceeded everyone’s expectations. While some might call it arrogance, most successful entrepreneurs would agree that it’s important that you believe in yourself and celebrate the big wins. After all, if you don’t have confidence in your ideas and abilities, who else will?

Lead with your values

Perhaps the most inspiring thing about the women’s soccer team was watching how they used their platform to try to improve the lives of others. Staying true to your values is a lesson that I had the good fortune to learn from Steve Kerr, who spoke at Dreamforce last year. Research shows that when companies lead with their values, they are more likely to achieve strong customer loyalty and boost employee engagement and productivity. Don’t be afraid to use your business as a platform to support your values — who knows, it might just help you make a few wins.

Running a winning sports team is a lot like running a small business: You’ll need to make a lot of adjustments to perfect your game. Like the #USWNT, as long as you lead clearly, get the right players to help you, and can adapt to the field — the path to the goal line gets so much easier to aim for.

Salesforce Essentials helps you find more customers, win their business, and keep them happy so you can grow faster than ever. Learn more about our small business CRM solutions by following us on Twitter, LinkedIn, and Instagram.

Salesforce can help you find customers, win their businesses, and keep them happy so you can grow your business faster than ever. Learn more about our small business CRM solutions or follow us on Twitter @SalesforceSMB and join the conversation with #SalesforceGROW.
One Reaction
Subscribe to Salesforce
Follow @Dreamforce
Follow @SalesforceSMB
RSS LinkedIn