Famous Sports Quotes to Inspire Your Team to Success 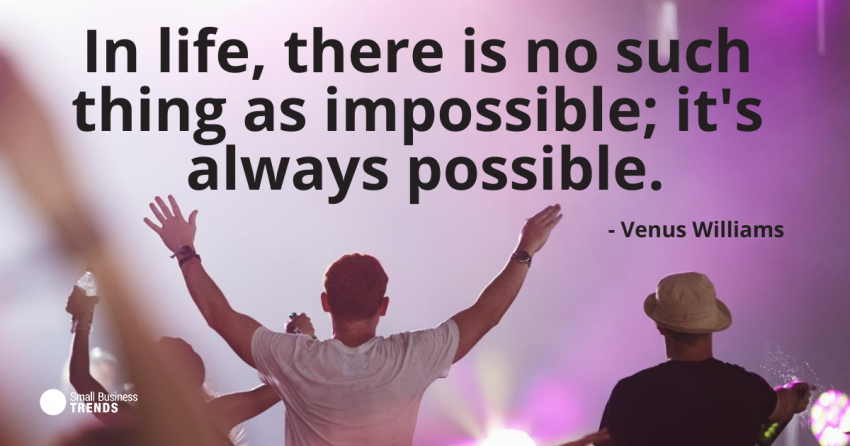 Many of the greatest inspirational quotes that can inspire entrepreneurs and business owners to persevere in the pursuit of their dreams come from successful sports people. From legendary baseball, basketball and soccer players and coaches to Olympic gold medalists and other sporting superstars, there is so much inspiration to be found in the words of these great sports men and women.

Here is an extensive selection of the most inspirational and motivational sports quotes provided for us by so many great sports stars over the years, grouped loosely together in similarly themed categories so you can quickly find the exact kind of motivation you need.

Inspire Your Team to Success with These Sports Quotes 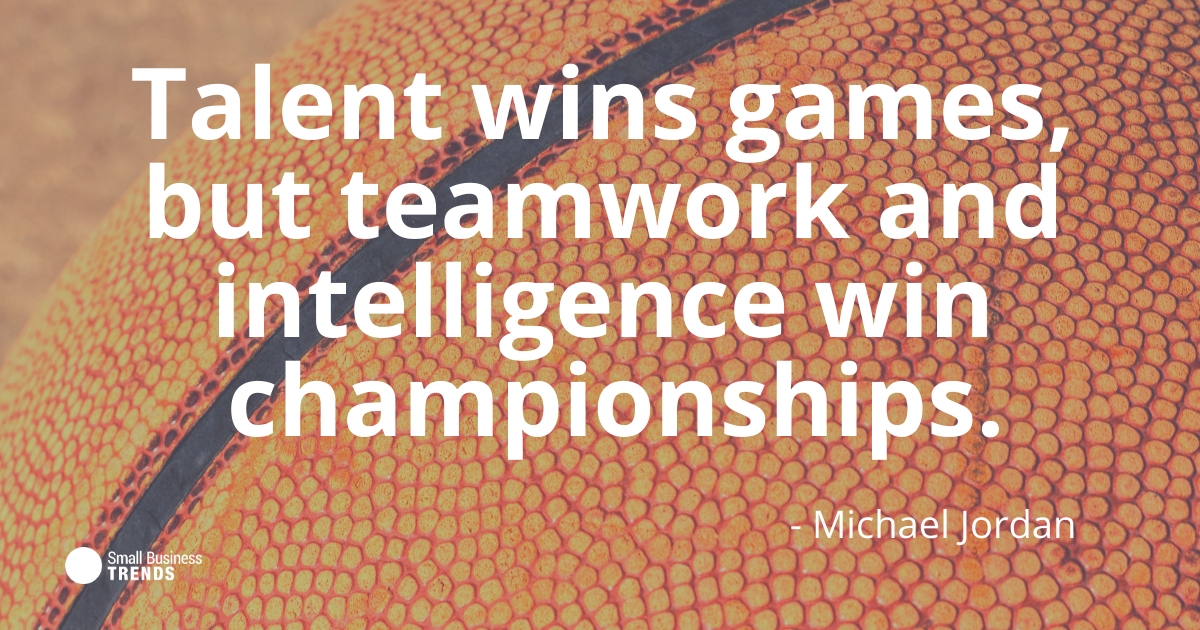 A lot of business success revolves around good teamwork. Working well together with each person playing their part to drive the business towards its goals can be the difference between establishing a successful business or not.

There are many different elements that go into making a successful team, such as good communication to ensure everyone understands everything they need to. The most important thing though is just making sure everyone is pulling in the same direction.

To motivate your team to work well together, here are 11 team-inspiring quotes from some sporting legends.

Each Person Holds so Much Power within Themselves… 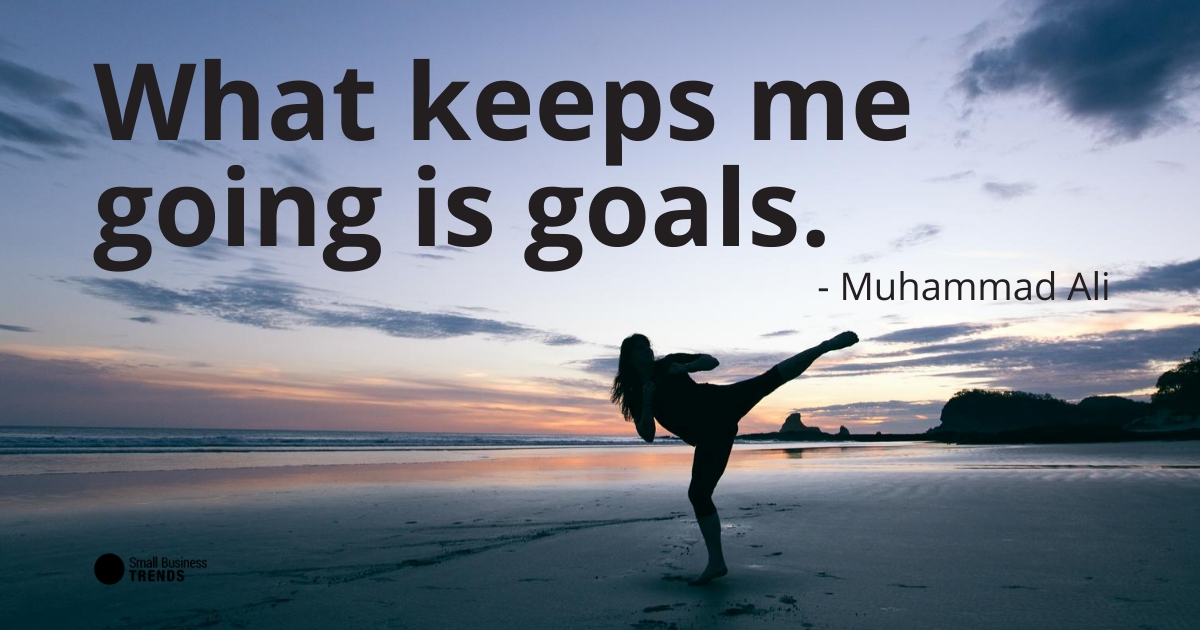 Whether you are focused on your own individual goals or you are responsible for keeping the team on track for their collective targets, there is plenty of inspiration to be gained from sporting greats who all know exactly what it takes to set yourself a goal and then go for it.

Here are some great sport quotes about setting goals and making the most of your opportunities.

Every Day is a New Opportunity…

Business owners and team leaders have extra responsibility as they must not only motivate themselves but those around them as well. They are responsible for keeping an eye on the big picture while each of the team members focus on their own individual duties.

A leader must also ensure the team is operating at full capacity by making sure each individual in the team is able to perform to their best ability. For many, such responsibility is too great a burden to bear, while others thrive with the added pressure of leading a team.

Here are some brilliant sports quotes from sports stars and great thinkers about what good leadership really means.

A Catcher Must Want to Catch… 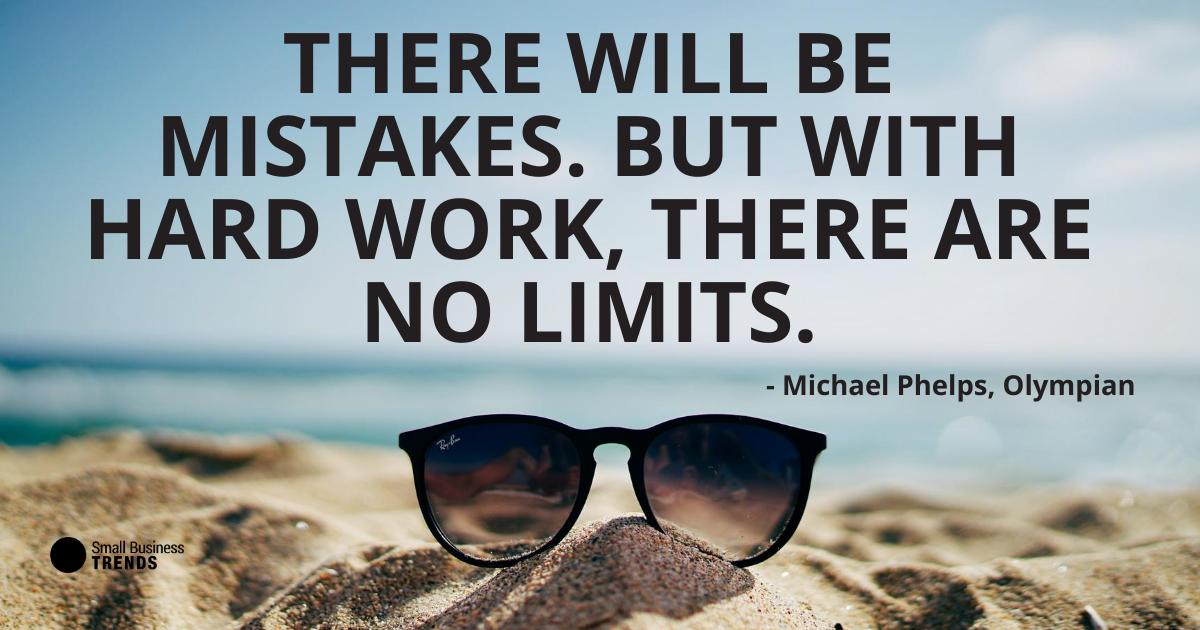 In business just as in sports, it is crucial to persevere through hard times. There will always be peaks and troughs so it is important to cultivate an attitude of determination that will keep you going when the going gets tough.

So whether it is a period of slow sales or a valuable deal that didn’t get closed, you can find a lot of inspiration in quotes from sports men and women from throughout history.

Here are a few examples of such quotes to help inspire you when you need inspiration the most.

Sports Quotes About Focus and Determination 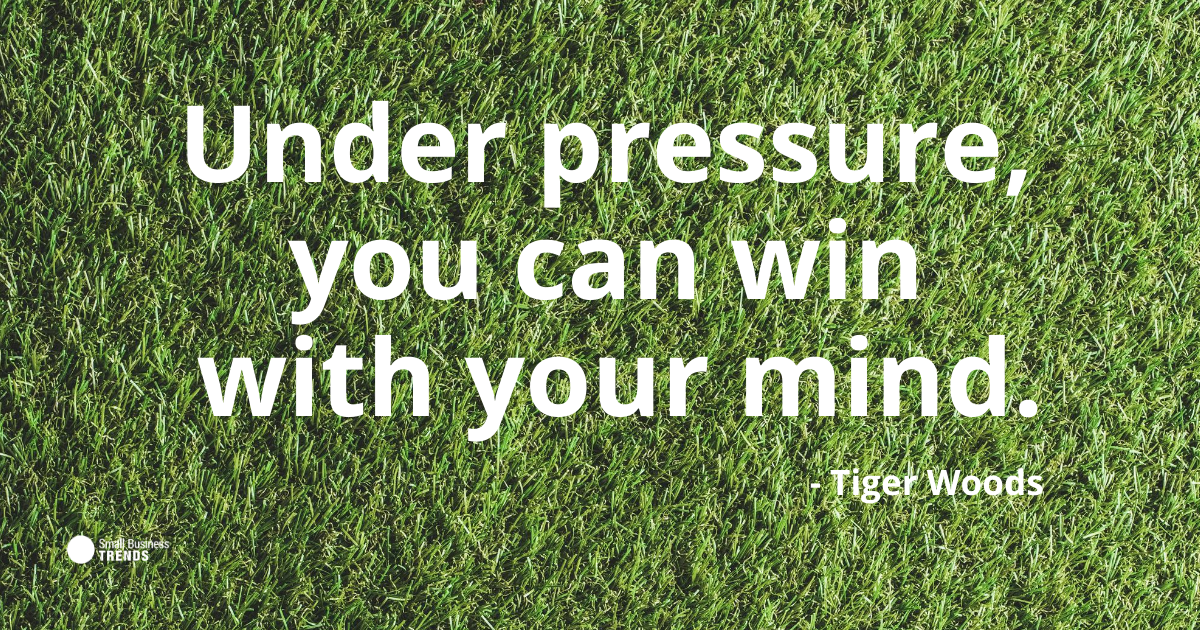 Another aspect of sporting success that is applicable to business is the ability to focus. There are so many distractions around these days with so much social media constantly nagging for attention that it is easy to lose focus and fall behind schedule. But when there is an important task to be completed then it is crucial that we keep our focus on that task.

The way to do that is by practicing the process of refocusing on the task each time you get distracted. It can take time to train yourself into refocusing the moment you notice you have lost focus, but over time it can be turned into a natural and instinctive reaction.

To help steer your mind back on course, here are some excellent motivational sports quotes to remind us of the importance of paying attention to the moment.

My Motto Was Always to Keep Swinging… 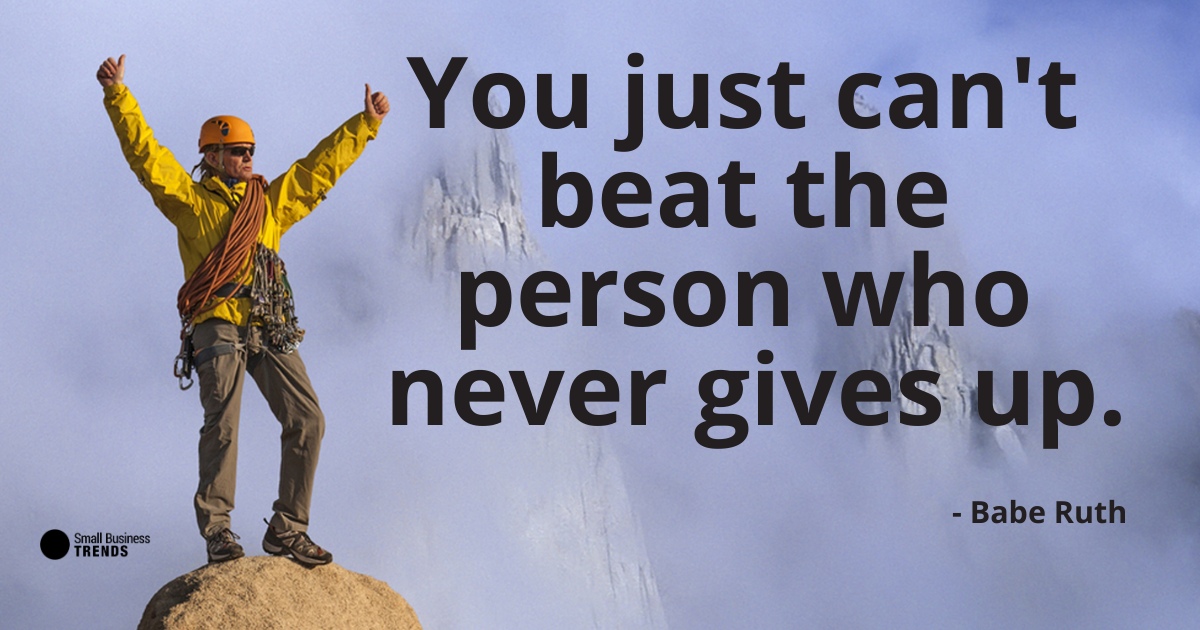 Visualizing your success is a great way to keep your mind focused on the job so you are always moving towards your goals. When you are aware of the rewards of your work and the progress you are making, no matter how incremental, it serves as fuel for your fire and helps you look forward to every new day that you get to continue working towards your goals.

Of course, visualization is something many sports stars actively practice in order to help them perform at their maximum.

See Also: Marketing Success Doesn't Have to be Hard, Here are 14 Roles to Fill

Here are some motivational sports quotes to help you make your vision of the future come true.

I Don’t Plan On Being Disappointed… 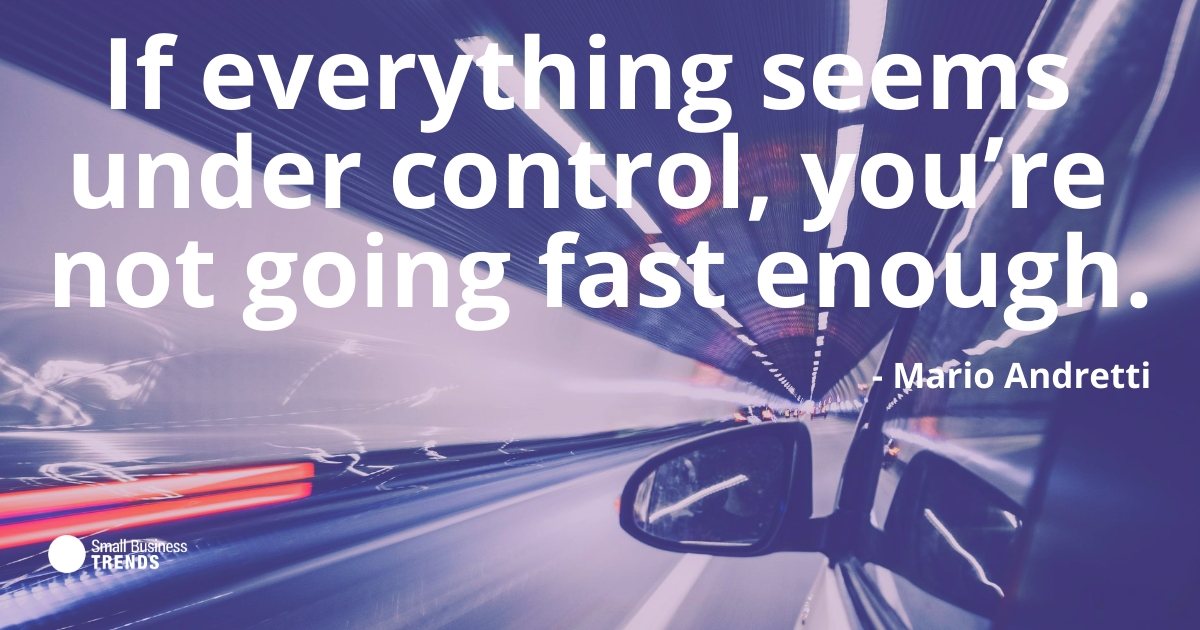 When the going is good, working hard is easy! But we all have moments where the motivation to put that extra effort in just doesn’t seem to be there. In moments like this, seeking inspiration from successful sports stars who have worked hard for their success can be just the motivation you need to spur yourself into action.

Here are 12 great sports quotes to inspire that hard-working attitude.

Most quotes from sports people may have originally been about the very sport that they play, but the underlying sentiments they reveal can be applied to business ventures as well.

Whether it is ensuring that important tasks are completed on time or cultivating determination, sports are a mine of valuable inspiration. Here are ten more sporting quotes to inspire you to achieve great business success.