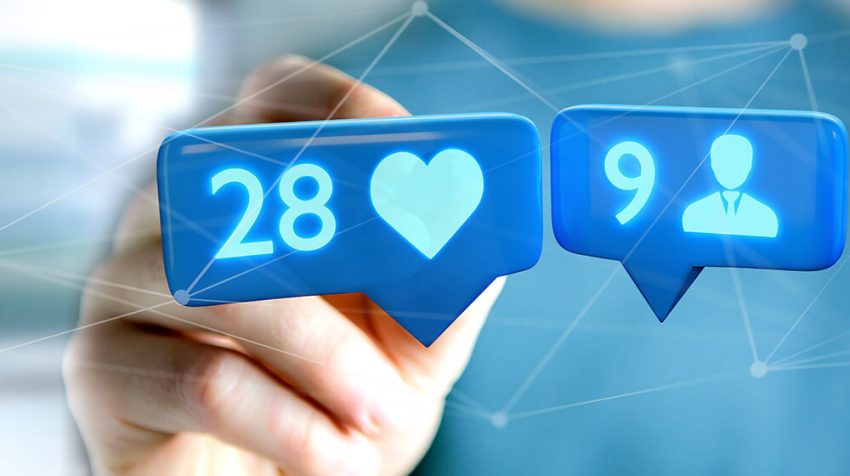 Instagram has a rollout program to measure what happens if they eliminate likes. It started in Canada. But now it’s expanded to six more countries. The U.S. isn’t included yet.

Dr. Dustin York is assistant professor of communications and director of undergraduate and graduate communications programs at Maryville University. Small Business Trends contacted him to learn about the advertising implications for SMB’s.

He started by explaining what’s behind the move.

“This move has already been implemented in other countries like Australia and Canada,” he writes.  “Instagram’s response is they want users to spend more time focusing on content rather than worrying about likes. They also mention their hopes for supporting mental health.”

Small businesses rely on social media. According to York, these platforms including Instagram convert the most buyers.

“Depending on the business’s target market, it could be the first or second most important tool. According to Twicsy, Instagram’s top users in the U.S. tend to be 13-29 years old, educated, making more than 30k a year and living in cities.”

York says depending on the business’s target market, Instagram could be the first or second most important tool.

Businesses might need to adopt to new ways. York says it’s dangerous to rely on what’s worked in the past exclusively.

“You must be comfortable with change,” he says. “This has always been the key to business growth. The change in how you communicate with customers just happens much quicker now.”

How Digital Marketing will Change

He points to influencers that have made a lot of money and even careers off Instagram. Without paying them anything in return. The move might be a way to get businesses to spend less on influencers and more on Instagram sponsored posts.

“Although Instagram will never say this, it is reasonable to think they are making this change to support their business.”

What SMBs Need to Do

York offers a few suggestions on what small businesses can do to offset any changes. At the top of the list is an old standby.

“No tip will ever beat making good content. At the end of the day, no quick “hack” will outperform great content,” he writes.

In part, that means creating blogs and social media posts with interesting information readers can use. Stay away from salesy writing.

What to do About Influencers

“Someone with two thousand follows is not seen as a traditional “influencer,” York writes.  “However, those followers might represent the majority of 16-year-olds at your local high school. A car dealership could benefit greatly by working with that micro-influencer.”

Good advice when you’ve got a local target market for your goods and services. Don’t forget to geographically tag your keywords for an added SEO punch.

How to Test the Waters

He also suggests a compromise.

“When the change comes, test a percentage of your budget you were using on influencers on sponsored posts. Then compare your traffic/engagement/metrics from your influencer budget to your sponsored post budget.”

Finally, York has a prediction for where he sees the trend going. He thinks that Comments will be the new Likes for Influencers.

“Influencers will encourage (even more than now) followers to comment on their posts. The metric for how many comments a post has will still be publicly available,” he says.

Rob Starr is a staff writer for Small Business Trends. Rob is a freelance journalist and content strategist/manager with three decades of experience in both print and online writing. He currently works in New York City as a copywriter and all across North America for a variety of editing and writing enterprises.
7 Reactions
Subscribe
Follow @smallbiztrends
RSS LinkedIn Pinterest iTunes