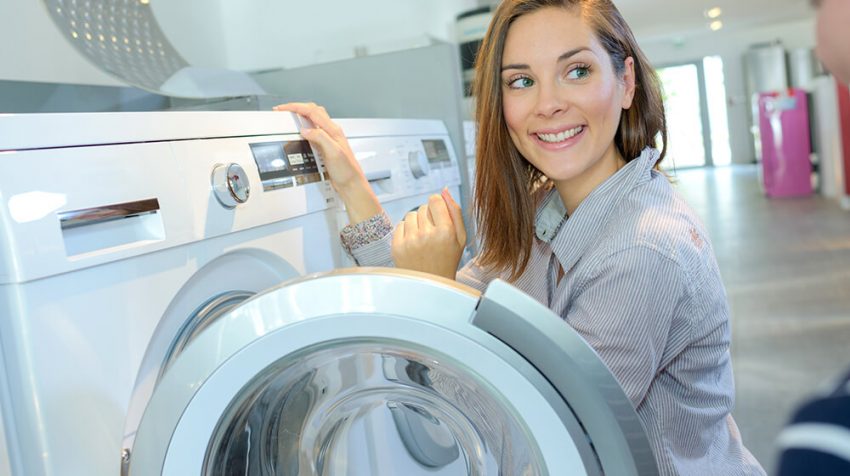 The U.S. economy is driven by consumer spending, which makes up close to 70% of the Gross Domestic Product (GDP). Even though the economic indicators are solid at the moment, the slightest apprehension by a small number of consumers can dramatically change the economic outlook.

Dr. Dan Geller, a behavioral economist and the developer of the Money Anxiety Index, makes this very point. Geller says a 5% reduction in spending comes out to 3.5% of the U.S. GDP. This amounts to more than the projected GDP for 2019.

While this might lead some prognosticators to say a recession is fast approaching, Geller says not so quick. The July 2019 Money Anxiety Index is relatively low, which indicates consumer spending is still strong. This, Geller says, is because of the low money anxiety consumer currently feel.

However, he goes on to say the constant hype about a recession could increase the level of money anxiety. This, in turn, will lead some consumers to change their spending habits. And as pointed out earlier, it only takes a small decline to make it seem like there is a recession or one is on its way

The Money Anxiety Index allows you to adjust to changes in the economic cycle by reacting in time. Basically, it is an early warning system for the fluctuations in the economy.

The predictors of the index are made by measuring several economic indicators and factors linked with the level of worry and stress consumers feel. This measurement has been carried out monthly since January 1959.

The index shows elevated states of money anxiety by consumers. When the index is high consumers lower their spending and increase their savings. Consumers take this measure to protect themselves from possible layoffs or unemployment due to a recession.

So how accurate is the index? It predicted the Great Recession and the ensuing financial collapse of 2007 nearly 14 months before it was officially declared a recession in December 2007.

The July Money Anxiety Index stands at 44.0, which is below the 50-year average. This is the same rate for June and only 1.3 more than in May. So, the figures are low and low figures don’t point to an immediate recession. 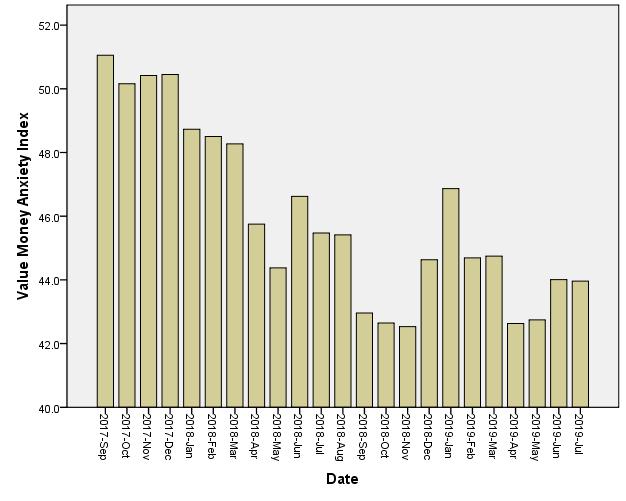 Image: Money Anxiety Index
The low July number also supports the preliminary retail sales increase of 0.7% for the same month. This is yet another indicator consumer spending is still strong. But Geller makes another point about how consumers can be influenced by recession hype.

Geller says the preliminary August figures of the Michigan Survey of Consumer Sentiment index decreased 6.4% from July. According to the index, this is the level of consumer confidence in the economy for the first half of August.

The Michigan index reveals what consumers feel about the economy in a questionnaire. Geller says the recent recession hype influenced the respondent’s confidence about the economy. Suggesting the Michigan Survey of Consumer Sentiment can be influenced by hype. This Geller says can lead to premature recession. All caused by lower consumer confidence leading to a decrease in consumption.

Why, because a survey of consumer sentiment is subjective, relying on what people think about the economy.  On the other hand, the Money Anxiety Index measures what people actually do with their money i.e. objective representation.

Based on the history of the index and the 50-year average, the numbers don’t indicate a recession is on the short-term horizon.