CRM Playaz: When It Comes to Third Parties Listening to Our Conversations, The Bulgarian Way Is Not the Way to Go 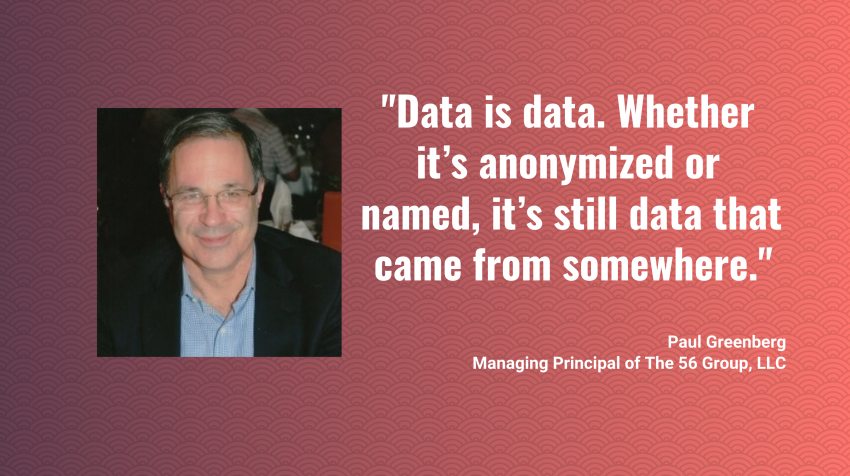 Earlier this week it was reported that Facebook has been collecting audio from some voice chats on Messenger and paying contractors to listen to and transcribe it.  The next day a Reuters report said Microsoft recently updated its privacy policy to let customers know that it had been collecting voice data (from Skype and Cortana) of its users with the help of employees and contractors.  And in an email statement to Reuters a Microsoft spokesperson said they realized, “based on questions raised recently, that we could do a better job specifying that humans sometimes review this content.”

That got my CRM Playaz partner Paul Greenberg and I thinking about how all of these voice interactions are being used, what’s happening with this voice data without our knowledge, and what’s the right way for companies to engage customers as they leverage this growing treasure trove of data.  And in particular how these two companies handled things this week.

Below is an edited transcript of our conversation.  To see the full conversation watch the video or click on the embedded SoundCloud below.

Third Parties Listening to Our Conversations

Paul Greenberg: People listening to my conversations. People looking at my face and figuring stuff out, pretty much the same idea. I don’t care that you’re doing it, I care that you’re not telling me, or that you’re using it in ways I don’t want you to use it.

Brent Leary: Right. Yeah, to me that’s the big thing. You gotta be up front with this stuff and … Okay, there’s the transcribing and the listening. Okay, you probably thought that Microsoft or Facebook, they were doing that. But when they say they’re giving that to third parties to do, then you got to worry about the third parties, and we all know what happened in the 2016 election with Facebook and … What was it? Cambridge Analytica. You get these third parties in and they have access to the data, you’re opening up a whole Pandora’s box, so to do that and tell us, is one thing. To do that and not tell us is a completely different thing. I think that’s the big problem.

Paul Greenberg: Yeah, I’m with you. I appreciate that Microsoft’s actually coming out and saying we’re doing it. But to be honest, as much as I’m a fan of that, they should have said that a while ago. They shouldn’t have started to do it until they had said it already. They say, “We’re going do it.” That’s the way … Really it’s not, “Hey, we’re doing it.” It’s “Hey, we’re going to.” Right?

Paul Greenberg: That’s the way this should work, not, “Oh, we’ve been doing it for the last 18 years and we’ve just found out that,” and this is not Microsoft, just to be clear, “We just found out that a country that a person once saw from her house is involved.” Right? So, that’s what I’m saying. This doesn’t come post. It comes pre and it needs to always come pre. You want to do something, tell me you want to do it. Let me have a say in it and we’re good to go. Right? Don’t tell me, “Oh, we’ve been doing it.” Again, appreciate your honesty, which I do, but at the same time, that means for a while you haven’t been honest about it.

Brent Leary: I think, what’s that old saying? It’s easier to ask for forgiveness than it is to ask for permission. I don’t think you can live like that now.

Brent Leary: Because it’s not easier to ask for forgiveness in the age of social media, and when people’s data is concerned, I want to know ahead of time and I want to be the one that makes the decision about, Oh that’s cool, I’ll continue to use your service. But once your data is out there, it’s too late.

Paul Greenberg: Yeah. Well, it’s like that. Look, just because I put my name out there doesn’t mean you can sign your checks with my name. Right? Just because it’s there. It’s already out there. Oh, okay. Well, that’s legitimate. Right? So, ultimately, I’ve made a decision as an individual consumer, or a person in general, to say things on the web that are thus in the public domain, but not necessarily subject to the laws of, what do they call it, fair use. Doesn’t mean, Oh, well, because it’s less than five paragraphs, we’ll sign his name to 25 different contracts because we can. It’s less than two paragraphs. Look, that’s happened to me before. I have to say, the one instance that happened was probably the funniest thing that ever happened to me.

Years ago, I was looking on SlideShare, which tells you how many years ago it was, and there was a guy from Bulgaria who had literally completely stolen one of my presentations. I don’t remember how, but Chris Carfi was in the presentation, so his stuff got stolen with it or something like that. I know Chris was involved, in the sense that he was on the same side as I was on this, and I sent the guy note, and there was no attribution, nothing.

He just put it up there under his name. I sent him a note saying, “Hey, that’s my presentation, not even attributing to me.” He sends me this note back and I swear to God, this is exactly what he said. He said, “Oh, I’m so sorry.” He said, “I will take it right down. I didn’t know I couldn’t do that. That’s just how we do things in Bulgaria.” That’s an exact quote. Right? I literally could not stop laughing for hours.

Brent Leary: I remember that.

Paul Greenberg: Oh, I just told him, “Nah, don’t take down. Go ahead and keep it and don’t attribute it to me. I don’t care.” I said, “That answer alone was worth it.”.

Paul Greenberg: Right. I doubt that’s actually how they do things in Bulgaria, but nonetheless, I have to say that, that answer was literally comic gold. Certainly a good payment for me to use my stuff.

Brent Leary:  It was worth its weight in laughs.

Paul Greenberg:  Yes, it was.

Brent Leary: All right. Hey, so, our buddy Dan Miller brings up an interesting point. He says, “I’m also thinking that there’s a fundamental misunderstanding about how training language models take place. It is very human intensive to begin with.”

I understand that point. But I also think, well, if that’s the way that you want to say, ‘we use this to get better about delivering service and experiences’, say that. Say it up front. We’re using this and we’re using third parties and we vetted these third parties, because we want to use the data to get better at delivering services and understanding your feelings and expressions and whatever that is. But don’t do that without saying that up front.

Even if you may think we don’t know what training models are or what AI is or what deep … I’d rather you tell us and let me look at it for myself. Try to come to grips with it;  than to not say anything, and then after the fact or, for Facebook, seemingly having to be forced to tell, have it come out, that we’re using your data and we’re having third parties look at it and go through it and listen to it. I’d much rather you tell us up front, whatever it is.

Paul Greenberg: Exactly. Totally with you. Look, ultimately, data is data, right? Whether it’s anonymized or named or what, it’s still data that once came from somewhere, right? It came from someone, actually, in some way typically. If you’re going to use it and you don’t own the data, meaning you didn’t provide it yourself directly, then own up to the fact you’re going to use it.

Third Parties Listening to our Conversations Must Give Heads Up

That’s all. It doesn’t matter whether it’s used in training models or it’s used for public attribution, or it’s to personalize my experience with such and such company or organization. Unless one way or the other I’m minimally aware of it and hopefully have given permission for it, it actually doesn’t matter what it’s being used for it all. Right? If it’s being used without my permission or knowledge, that’s not a good thing. Now, does that happen every day?

Sure. When you gossip, you’re pretty much talking about a person and what they said without their permission or knowledge. But I don’t think these guys are gossiping. If they’re gossiping, I’m probably okay with forgiving it and I’m probably willing to say I’m a perpetrator of plenty of gossip, but at the same time, this is not for the same reason. This is one that’s leading to some potential monetary gain on the part of the organization using it.

Otherwise, why would they bother? Right? What would be the purpose? Well, to personalize your experience or to benchmark your data against the industry’s benchmark. Yeah, for what reason are you doing that? You want to sell a data service or you want me to buy something? Right? That’s the reason. So you’re training, you’re training the model?

You have a training model that says, Okay, a lot of human centric, or let’s say, concentrated human activity or information being gathered? There’s a reason why you’re training an algorithm to be better at doing something that’s going to lead to a transaction of some kind eventually. Ultimately, you’re not giving me a share in that profit, in that transaction. So ask my permission, or minimally, let me know you’re planning on doing it before you do, and still ask my permission.