Quiz: Is an Employee Stock Ownership Plan Right for My Business? 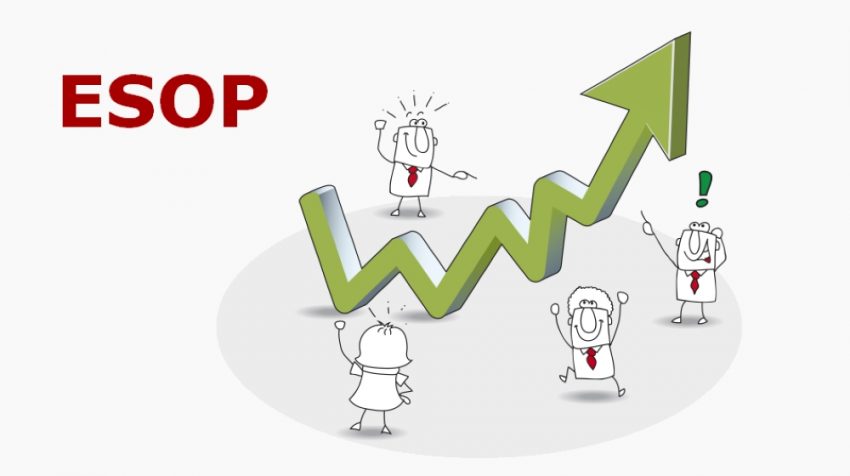 Currently, about 6,500 companies offer ESOPs in the United States, covering over 14 million employees. About half of the companies offering ESOPs are small businesses, according to the National Center for Employee Ownership.

Under an ESOP, each employee can “earn” shares of stock and become an owner in the company. Think of an ESOP as an employee benefit plan designed to motivate and reward loyal employees. ESOPs are regulated by the Federal government as a retirement plan.

Here’s how an Employee Stock Ownership Plan works. The business sets up a trust to hold stock shares. Shares are granted to employees in trust.  Within three to six years, the shares vest. Once vested, employees are entitled to the value of their vested stock after they leave the company. The company must buy back the employee’s stock at fair market value.

From the small business founder’s standpoint, ESOPs are a way to cash out and exit the business. If the owner can’t find an outside buyer, then setting up an ESOP can extract value from the business and transfer ownership to employees.

ESOPs have attractive tax benefits for the company, the original owner and employees alike. ESOPs are not the answer for every small business. But they have their advantages.

This informative quiz is an easy way to learn about how these valuable plans can benefit owners and employees alike.  At the end of the quiz, you’ll see the answers explained.

Quiz: Is an Employee Stock Ownership Plan Right for My Business?

Awesome, you passed!  Scroll down to see more details about each answer.

Thanks for taking the quiz! Scroll down to see correct answers.

Yes, when employees have a sense of ownership it translates into better performance.

According to one study, the adoption of an Employee Stock Ownership Plan led to 2.4% better sales annually.  Productivity improved 2.3%.  See data.

#2. Which of the following is NOT a good reason to offer an ESOP?

Employee Stock Ownership Plans can do much good for the business owner, the company and employees. Here are 3 good reasons to set up an ESOP:

However, ESOPs are not for companies in trouble. They are best offered by companies that are fiscally sound. According to the National Center for Employee Ownership, ESOPs are almost never used to save a troubled company.

Here’s why an ESOP is not a ‘hail Mary pass.” A company in trouble may have urgent needs beyond the ability of an ESOP to solve. Plus, almost all ESOPs are benefit grants by the company, rather than employees contributing money out of their pockets to buy in to the company. A struggling business won’t have the earnings to afford the contributions to fund the plan.

Read more about the benefits of ESOPs.

#3. Do employees have to pay cash out of pocket to buy shares in an ESOP?

In almost all ESOPs, the employee does not pay any money out of pocket to buy stock.

An Employee Stock Ownership Plan is really a type of retirement plan. Don’t confuse it with a stock option plan or a plan that lets employees buy public stock at a discount. It’s neither of those things.

In an ESOP, the company typically covers the cost of providing stock ownership rights. The company treats it as part of its total compensation and benefits package for employees.

#4. Can I pick and choose which employees to grant stock to in an ESOP?

As a general rule, an ESOP has to be open to all full-time employees over 21 who have one year of service, according to Federal ESOP rules. You cannot pick and choose certain employees to offer stock to.

In other words, you cannot decide to include some employees, but exclude others in an Employee Stock Ownership Plan.

There are also rules on setting a formula for allocating stock. Usually you have to pick a formula that applies to everyone. For example, you might grant the same amount to everyone or base it on relative pay levels.

Actually, yes, ESOPs can be expensive to set up and operate.

The National Center for Employee Ownership estimates the cost at around $60,000 to $100,000 to set up. You must pay for legal documentation, government filings, a valuation of the company, and the cost of an outside trustee.

If you have to finance the plan (i.e., have to borrow money to purchase shares), the lender’s requirements and interest may add tens of thousands more.

Then, once the Plan is set up, the ongoing plan administration can cost many thousands of dollars additional each year. See this break down of potential cost ranges.

Generally, you need at least 15 employees before an ESOP is worth it, according to the Center.

#6. Is an ESOP the same as offering a 401(k) retirement plan for employees?

No. There are a few similarities. But the plans are very different.

Similarities:  Both an ESOP and a 401(k) plan are retirement plans. They both must meet Federal legal protections for employees. Both provide a benefit for employees.

Differences:  There are many differences between them.

For a good comparison between an ESOP and a 401(k), see this chart.  And remember, companies can offer both types of plans.

#7. Do I have to give up control of my business with an ESOP?

Some owners want to give up control, exit immediately and do so. Others want to stay around for years.  If you want to remain with the company and remain as CEO or on the Board, you can set it up to do so. ESOPs are flexible in this way.

#8. Does an ESOP give every employee a say in every decision?

No. Employees do NOT get a say in every daily business decision. It’s a common misconception that ESOPs create a big democracy where every decision is voted on. That is not the case. With an ESOP you still have a management structure.

Of course, one of the benefits of an ESOP is furthering an ownership mentality among employees.  A good company with an ESOP adapts its management structure to be more participatory. It empowers employees to make decisions within their daily activities to do what’s right for the business. It creates a culture where employees think like owners.  But that is not the same as voting on everything.

That said, employees do get some voting rights as ESOP shareholders over a limited number of major corporate decisions. For example:

#9. I don’t have a successor to run my company. With an ESOP, do I still need a successor?

Yes, you still need a successor and succession planning!  If you do not have a good successor to run the business as CEO after the owner exits, start recruiting or developing one.

Employee stock ownership typically does not mean that every employee gets a vote on every decision. Management is still necessary to  provide leadership and make smart decisions.

Yes, an ESOP can help support a succession plan by giving an incentive for top managers to remain in place. But remember, an ESOP doesn’t change your basic management structure and is not a substitute for management bench strength.

#10. Which one of the following brands does NOT have an ESOP?

All of the mentioned brands have employee stock ownership plans — except United Airlines.

It’s no coincidence that many companies with ESOPs are known for their excellent customer service. A number have won awards for being a best company to work for.

Interestingly, United Airlines did implement an ESOP back in 1995. But after a short honeymoon period, the plan soon became a highly-publicized failure. The ESOP ended and the airline filed for bankruptcy in 2002. The company went from being the poster child for employee stock ownership, to become the poster child for “employee ownership doesn’t work.”

What went wrong in United’s case? Why did its ESOP fail so spectacularly?

It turns out that United entered into the plan for the wrong reasons. It wasn’t committed to the idea of employee-owners in the first place. The company never tried to foster an employee-ownership mentality. Even worse, the company used the ESOP as a club to gain worker pay concessions, which were opposed by unions or got only grudging support. It was using stock ownership to rescue a troubled company, without fixing the underlying issues.

Business consultants Bill Fotsch and John Case nailed it when they wrote in Forbes:

“What’s the difference between successful employee-owned companies like these and failures like United? One difference is that United’s plan involved those big wage concessions, which left a bad taste in a lot of mouths. By contrast, most successful ESOP companies distribute stock at no cost to employees.

Moreover, nearly all the research on employee-owned companies points in one direction: if a company doesn’t have participative management structures, if it doesn’t help employees learn to think and act like owners, putting stock into their hands doesn’t make much difference.”

Mark your calendar: October is Employee Ownership Month!  Use hashtags on social media: #EOMESOP or #ESOPTOBER