Businesses Will Fight California Bill That Would Turn Contractors into Employees 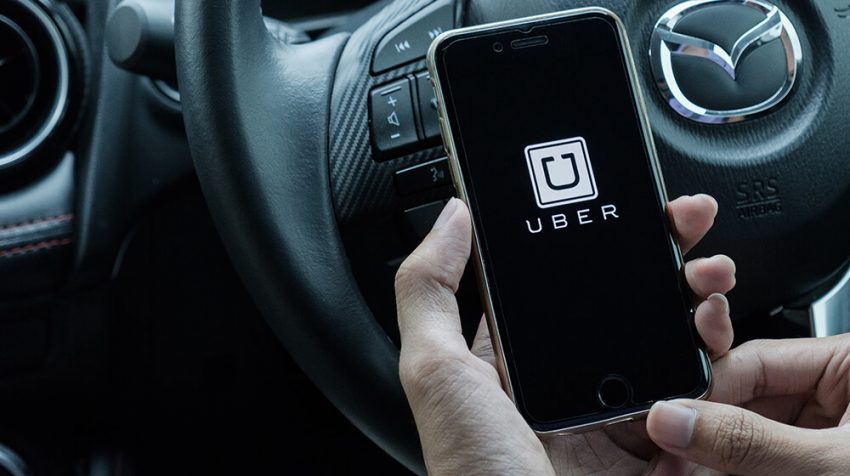 Uber, Lyft and DoorDash are prepared to spend a collective $90 million against a bill that would recognize their drivers as employees rather than independent contractors, the Associated Press reported Thursday.

The California bill, AB 5, would change what factors “determine the status of a worker as an employee or independent contractor” and therefore what benefits and earning guarantees certain workers receive from their employers.

The legislation states that “the misclassification of workers as independent contractors has been a significant factor in the erosion of the middle class and the rise in income inequality.”

Uber, Lyft and DoorDash are threatening to spend $90 million on a California ballot measure if they can’t reach a deal with unions and lawmakers on legislation changing the rights of their drivers. https://t.co/fPXsZLuk95

“We are working on a solution that provides drivers with strong protections that include an earnings guarantee, a system of worker-directed portable benefits, and first-of-its kind industry-wide sectoral bargaining, without jeopardizing the flexibility drivers tell us they value so much,” Lyft senior director of Communications Adrian Durbin said in a statement.

“We remain focused on reaching a deal, and are confident about bringing this issue to the voters if necessary,” he continued.

Right now, California lawmakers and labor leaders have a historic opportunity to dramatically improve the quality and security of independent work … by acting on the proposal Uber has proudly set forth: a guaranteed minimum earnings standard that would provide stability for drivers while allowing them the flexibility to earn more and work when, where and for whom they choose; access to robust portable benefits like sick leave and injury protection; and … real sectoral bargaining rights for drivers, giving them a voice in the decisions that affect their livelihoods.

These companies recognize their workers as independent contractors “so that they … do not have to pay payroll taxes, the minimum wage or overtime, comply with other wage and hour law requirements such as providing meal periods and rest breaks, or reimburse their workers for business expenses incurred in performing their jobs,” according to the California Department of Industrial relations.

In their proposals for AB 5 exemption, the Silicon Valley giants guaranteed their drivers bonuses, 100% of tips from passengers and a minimum of $21 an hour, but that would only apply to time they spend actively getting riders from one place to another. Waiting for riders or driving to their pickup spot is not included in that time.

In six major ride-share cities including Boston, Chicago, Los Angeles, Seattle and Washington, D.C., an average of “54 to 62[%] of the vehicle miles traveled by Lyfts and Ubers were with a rider in tow. A third of these miles involve drivers slogging around in between passengers … 9 to 10[%] are drivers on their way to a pickup,” according to a study by urban news site CityLab.

The number of media outlets claiming Uber and Lyft just offered $21/hr min wage to CA drivers is shocking, considering the petition very clearly states “while on a trip,” meaning we’re talking $21/booked hour, or about 40-60% of a typical driver’s actual time on the road. pic.twitter.com/XYyzCbSpHR

Additionally, drivers would still be expected to pay for their gas, maintenance and other expenses, which can add up to $3 to $5 an hour, the San Fransisco Chronicle reported.

“We will meet the gig companies’ absurd political spending with a vigorous worker-led campaign to defeat this measure to ensure working people have the basic job protections and the right to organize a union they deserve under the law,” California Labor Federation spokesman Steve Smith said, according to AP.

“We cannot accept a situation in which a tiny handful of Americans become extraordinarily wealthy by paying their workers starvation wages. It’s time to pass AB 5, help drivers unionize, and stop Uber and Lyft from misclassifying employees as contractors,” Sanders wrote on Twitter Thursday.

We cannot accept a situation in which a tiny handful of Americans become extraordinarily wealthy by paying their workers starvation wages.

Warren similarly took to Twitter to offer support for AB 5, writing, “Uber and Lyft executives are preparing to cash in by taking their companies public, so they’re squeezing their drivers and slashing their pay. The drivers are fighting for living wages and better working conditions — and I stand with them.”

.@Uber and @lyft executives are preparing to cash in by taking their companies public, so they’re squeezing their drivers and slashing their pay. The drivers are fighting for living wages and better working conditions—and I stand with them.https://t.co/pjWvOCLHYC

Ironically, Warren’s campaign spent nearly $12,000 to Uber and Lyft between January and June, and Sanders’s campaign spent over $9,000 on the companies during the first half of 2019, USA Today reported, citing public Federal Election Commission filings.