What is Instragram Threads And How Can It Help Your Business? 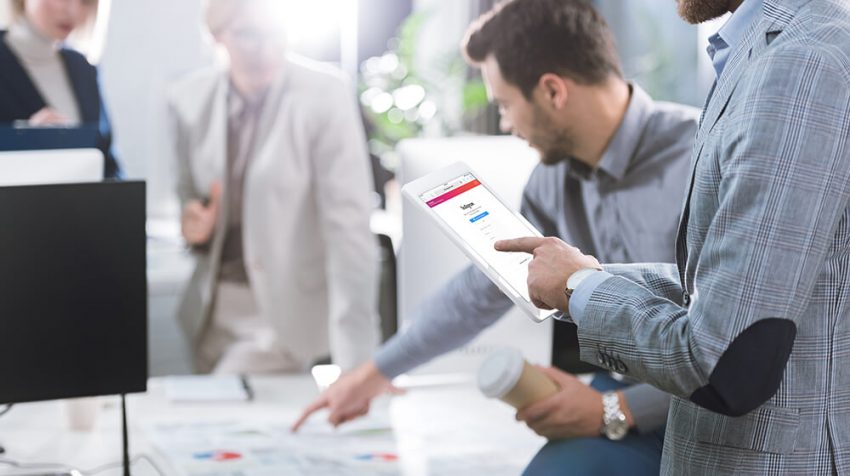 Back in 2017, Instagram released and then subsequently shut down a private messaging app called Direct.

The app was aimed to rival Snapchat, much like Instagram’s “Stories” feature.

The app shut down came after a couple months with few international downloads, and all messages sent on it were transferred back to Instagram’s in-app direct messaging feature.

Now, a year later, Instagram is back at it, developing a new private messaging app called Threads.

The app is reportedly in its internal testing stage.

Here’s what businesses need to know about the opportunity of a separate Instagram messaging app.

Threads is essentially an amped-up version of the current Instagram private messaging feature, intended to focus more on establishing and nurturing in-private connections between groups of friends.

Like the current Instagram private messaging feature, you will be able to see which of your friends are online, talk one on one or in small groups, take and send pictures directly, and view stories.

In Threads, the user can opt-in to automatic sharing, which allows the app to regularly update your status, alerting your friends to where you are or if you’re on the move.

The idea behind this would be to make planning easier between friends and keep you in touch even when you’re not actively in contact.

The user can also post manual updates if they choose.

Private Messaging Is the Future

Private messaging is the next big thing in digital communication.

At this year’s F8 conference, Mark Zuckerberg made a statement in his keynote address, saying:

“It’s no surprise that the fastest growing ways we’re communicating online are private messaging, and in small groups and stories. A private social platform can start to become the center of your social experience. That’s why I believe that the future is private. This is the next chapter for our services.”

Facebook has had a separate messaging app for nearly a decade now, and Instagram considers the DM feature on the app to be so strong that they have considered spinning out a separate app twice in the last year.

In fact, messaging is the preferred method of communication.

According to research by Business Insider Intelligence, for both personal and business purposes, people in general prefer messaging to social media.

Messaging apps are now bigger than social media apps, and it looks like they’re going to continue to improve.

In addition to the fact that users prefer to privately message each other to have personal conversations, private messaging is also highly useful to brands that utilize social media platforms to reach their audiences.

Why Should Businesses Take Advantage of Threads?

Because messaging apps have surpassed social media apps in use and popularity, businesses should be taking advantage of them.

It’s important for businesses and brands to meet people where they are — 80% of Instagram users already voluntarily follow a business.

That’s an opportunity that can’t be passed up.

So why should businesses focus on Threads specifically?

Instagram, as an app, has the highest levels of engagement of all social media platforms. It’s easy to use and accessible.

With the rise in popularity of private messaging, businesses should expect Threads to perform well.

Instagram’s high levels of user engagement have proven to be very good for business.

Businesses grow the most when they are able to engage with potential clients and convert them into lasting customers.

The proven engagement on Instagram is a great stepping stone for businesses to take advantage of.

In addition, the proven popularity of private messaging apps should be a sign to businesses that combining the two — the most engaged users and the most loved form of communication – would be a gold mine for business.

Some businesses, including Facebook, the most profitable social media platform in the world — are already planning to invest resources into making the move to being more focused on private messaging.

In fact, we’re hoping to see all the Facebook messaging apps tied together next year.

This wouldn’t mean an all-in-one private messaging app, however.

While the apps –Facebook Messenger, Instagram, and WhatsApp — would remain separate, their base technical foundation would be unified.

This means that the 2.6 billion people that use each of these apps would be able to communicate with each other across platforms.

Mark Zuckerberg‘s desire to integrate the technical foundation of these apps lies, particularly, in privacy.

A distinct feature of this integration will be the end-to-end encryption, ensuring that the only people who can view private messages are the ones sharing them.

It seems that Instagram’s in-production private message app may be an early step in the direction of this integration.