Startup Ideas that Began Small and Got Big 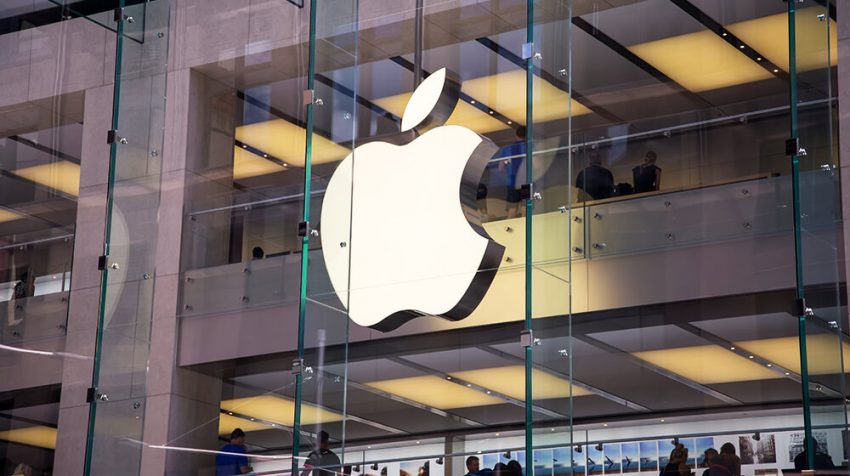 Entrepreneurs are pioneers that look to create solutions to address the needs of their customers. Launching your own startup business requires a leap of faith and might be long and risky. Those who have found their niche, focused on innovation, planned for their growth, collaborated and had a little bit of luck have succeeded.

However, many entrepreneurs are overwhelmed by the belief they have to start from scratch. They ponder on what they could do that no one has ever done before. In other words, they think they have to reinvent the wheel. Many successful small businesses did not start to become the behemoths they are today. Their startup ideas looked at bringing a product or service which they thought customers would need. This includes everything from an online book store to comfortable clothing, search algorithm and the list goes on.

Their startup ideas started with what they knew. And they looked to their skills to bring solutions to their customers. At the same time, their startup ideas looked at what the potential is, what their product or service was, and if there is an opportunity to make a good deal of money in the long run. Once they established their niche then they looked towards increasing the growth of their enterprise

Startups that Started Small and Got Big

Apple was founded in 1976 by Steve Jobs and Steve Wozniak in the garage of Jobs’ childhood home in Los Altos, California.

Armed with their high school diplomas, tons of motivation and grit they started building personal computers in their spare time. They sold their Apple I in 1976 for a market price of $666.66. today its meteoric growth has allowed it to include products and services such as the iPhone, iPad, Mac, iPod, Apple TV, a portfolio of consumer and professional software applications, iPhone OS (iOS), iCloud, Apple Pay and others.

Apple Inc. employs 100,000 people and tops Forbe’s world’s most valuable brand for the 9th straight year. For the 4th quarter this year, the company is targeting to earn revenue between $61 billion and $64 billion.

In 1995 Pierre Omidyar wrote the code for an online auction website called AuctionWeb in his living room. At the time Omidyar wanted to know what would happen if everyone in the world could access a single global market. To test this idea through AuctionWeb, he listed a broken laser pointer which he then sold for $14.83.

The eureka moment would soon become the first online auction site and renamed eBay in 1997. The platform makes consumer-to-consumer and business-to-consumer transactions a seamless experience.

Through the company’s platform sellers across the world can organize and offer their items for sale. For buyers, it makes it just as easy to find and buy these items. Items sold on eBay can be new or used, plain or luxurious, commonplace or rare, trendy or one-of-a-kind.

From its headquarters in San Jose, California, eBay connects millions of buyers and sellers with secure transactions. Today EBay has 182 million active buyers and 1.3 billion live listing with revenue of $10.6 billion.

Van Heusen’s line of clothing started from humble beginnings with Moses and Endel Phillips hand sewing shirts. They started selling the shirts to coal miners in Pennsylvania from pushcarts in 1881.

Today it controls a number of iconic brands including Calvin Klein, Tommy Hilfiger, Van Heusen, IZOD, ARROW, G.H. Bass & Co. and others. It has grown to design and produce shirts, neckwear, sportswear, jeanswear, handbags, footwear and other related products.

The PVH Corp., which controls all these brands has over 38,000 associates operating in over 40 countries. The global apparel manufacturer generated $9.7 billion in revenue last year.

As a Pre-med student at the University of Texas in Austin, Michael Dell started puting together and selling upgrade kits for personal computers. In 1984, 19 year old Dell took the big leap and started manufacturing PCs using a $1,000 investment from his family.

Today the company provides computer products that include laptops, desktops, tablets, workstations, servers, monitors, software, and other products. It employs 157,000 employees serving customers around the world.

In the mid-1990s, Kevin Plank was a University of Maryland football player who was frustrated his cotton T-shirts couldn’t keep him dry and comfortable. Using $3,000 he earned from selling roses on Valentine’s day, he launched Under Armour in 1996. Plank started testing several materials to create his own athletic wear in his grandmother’s townhouse.

Today Under Armour, Inc. is engaged in the development, marketing and distribution of branded performance apparel, footwear and accessories for men, women and youth.

In 2018 the company reported revenue of $5.2 billion, up 4% from the prior year. The company is the official footwear supplier of the National Football League (NFL) and Major League Baseball (MLB) and partners with the National Basketball Association (NBA).

Initially started by Ben Chestnut and Mark Armstrong, with Dan Kurzius joining later, Mailchimp is a marketing automation platform and an email marketing service. Founded in 2001, it initially began as a paid service and added a freemium option in 2009.

In 1993 Jeff Bezos, then a vice president of a successful Wall Street investment firm quit his job and moved to Seattle. He did so to pursue what he believed to be untapped online retailing opportunities in the book industry.

Initially naming his company Cadabra and later Amazon he set up shop in his garage in Bellevue, Washington, and began developing software.

Because he couldn’t have meetings in a garage, Bezos held meetings at a nearby Barnes & Noble, where most of Amazon’s first contracts were negotiated. In July 1995, Bezos launched Amazon.com and sold his first book from his garage startup.

In the mid-1990s Larry Page and Sergey Brin met at Stanford and decided they wanted to start a company together. Two years later, the partners established Google’s headquarters a 2,000-foot Menlo Park garage for $1,700 a month. At the time, Wojcicki—who held a senior vice president position at Google until January 2014—was a recent business school graduate and rented out her garage to the Google guys in order to make her mortgage payments.

Within one year, the Google team would outgrow the garage space and move to an office in Palo Alto along with their eight employees.

In 1901, 21-year-old William S. Harley drew up plans to create a small engine to power a bicycle. Over the next two years, Harley and his childhood friend, Arthur Davidson, built their motor-bicycle out of their friend’s 10 by 15-foot wooden shed in Milwaukee, Wisconsin. It was the equivalent of a garage because they didn’t have cars.

They officially founded Harley-Davidson in 1903 and today it’s the most well-known motorcycle brand in the world.

Harley-Davidson is a major US motorcycle manufacturer that sells its bikes worldwide through a network of more than 1,400 dealers. With annual revenue of $23.6 billion it offers heavyweight cruiser and touring models, sportbikes, and dual models that can be used on- and off-road.

Founded in 1964, as Blue Ribbon Sports, by Bill Bowerman and Phil Knight, we all now know it as Nike. The company was renamed Nike in 1971 after it parted ways with its Japanese shoemaker supplier Onitsuka Tiger, which was sold out of Knight’s car. After a few successful years, Knight and Bowerman decided to develop and manufacture their own shoes.

The company takes its name from Nike, the Greek goddess of victory. Nike is one of the largest and best-known shoes, sports equipment, and clothing brands in the world, with its highly recognized trademarks of “Just Do It” and the Swoosh logo.