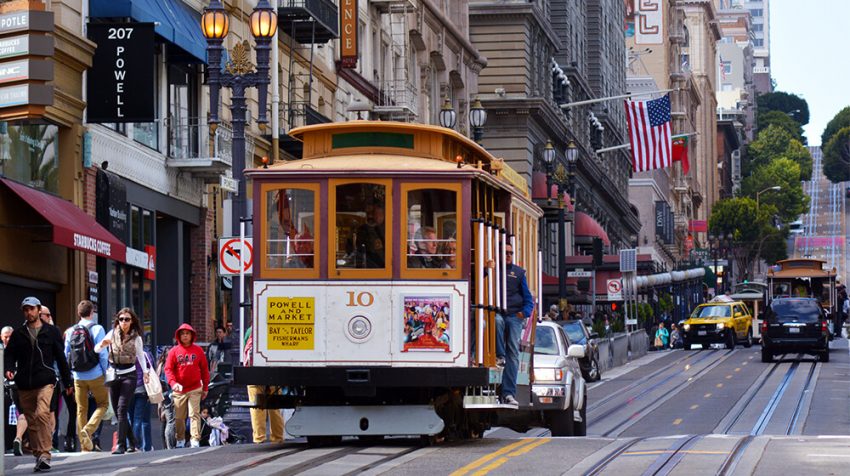 Next to housing, transportation can cause the biggest dent on your wallet. For many Americans, a daily commute isn’t just the worst part of the day it could be expensive, says a new report by lendingTree. The report compared data on the cost of commuting in 100 of the largest cities in the nation.

Fremont, California ranks highest in the nation where commuters exhaust $12,801 worth of their time annually. This comes out to $49 per workday. In a five-day workweek, residents spend $245 a week in commuting costs, which is responsible for that large sum.

Fellow California cities also take five of the top 10 spots for the highest cost of commute per person. Next to Fremont, full-time workers in San Francisco, Irvine, San Jose and Oakland spend at least $8,549 of their time commuting to work. The data reveals on average, workers in these cities earn between $29 and $42 an hour. And their one-way commute alone could take them between 27 and 34 minutes.

The report finds that commutes are costly in California where wages are high, meaning valuable time is lost during commutes. San Francisco is the 15th-largest city in the U.S., and the commuting costs amount to $5.4 billion annually. And this is responsible for the city ranking second next to Fremont for the highest cost of commute per person. The average worker in San Francisco spends $11,719 in time spent commuting. the meantime spent commuting is 33.8 minutes one way in San Francisco.

On the other end of the spectrum, Texas cities (with the exception of Houston) lead the nation in the least expensive commutes.  Lubbock, Laredo, and Corpus Christi are all in the bottom five for the average cost of commute per person. In all three, the time commuters lose is less than $3,325 – a quarter of Fremont’s commute cost.

However, commuters in Houston fork out a whopping $5.3 billion annually. Employees in the most populous city in Texas who number 1 million spend $5,048 worth of their time annually commuting to work. The average hourly wage in Houston is admittedly on the high side, at $20.95 and median earnings are at $41,903.

Other cities were placed in the top 10 because their working population had longer commutes, despite also having smaller paychecks. For instance, New York is fifth nationwide because of this. Workers in New York city on average commute around 42 minutes at a $ 26-hour pay rate.

The average one-way commuting time in the USA is 26.1 minutes. This translates to $9,581 worth of time spent commuting per person annually. This means that residents of the big Apple pay a daily rate of $37 to commute to work. As a consequence, New York’s roughly 4 million workers lose the most in value from time spent commuting. The city-wide total value damage caused by commuting comes to $36.5 billion per year.

Previous studies point that if employees are working near their homes, they will become healthier and save time and money. In addition, employees with a shorter commute time tend to perform better at work and take fewer leaves.

Other effects on long commutes to work tend to relate to stress-related health issues, impact on personal relationships and performance at work. Long hours of commuting, especially if one is driving, is associated with high blood pressure, musculoskeletal disorders, increased anger and resentment at work. Long commutes can also increase the risk of heart attacks, flu, and depression.