The 25 Most Famous Veteran Entrepreneurs 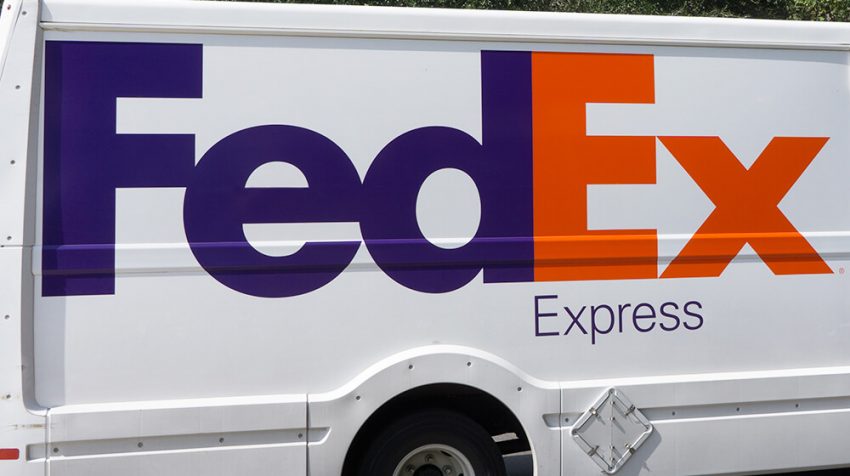 Military veteran entrepreneurs have a keen insight when it comes to assessing risk, making decisions and persevering even in the most adverse situations. This has allowed vets to succeed when they switch to civilian life and pursue their entrepreneurial dream.

Even though 99.9% of businesses veterans own are small, there are some have eventually become global enterprises.  According to a Small Business Administration report, veterans make up less 10% of the population. However, they have a disproportionately large number of businesses. The report reveals vets own close to 10% of firms in the U.S. This comes out to 2.4 million businesses with majority or outright veteran ownership.

If you are a veteran just starting on your entrepreneurial journey, here are 25 famous vets who will inspire you to keep going no matter what.

Nike is now a multi-billion-dollar global corporation, but it had some very humble beginnings. When Phil Knight and Bill Bowerman founded what would become Nike, the shoes they imported from Japan were being sold from the trunk of a car at track meets.

This was in the early 1960s. Fast forward to today and Knight is worth around $37.6 billion and he is the 21st richest person in the world.

But before he accomplished all of these goals, Knight enlisted in the U.S. Army in 1962 after graduating from college. He would serve an additional seven years in the Army Reserve for a total of eight years of service.

As one of the big three in the delivery industry, FedEx is now a transition verb (I am going to FedEx it). But before achieving this popularity, Smith was running it from a Yale University dorm.

After graduating from Yale, Smith was commissioned in the U.S. Marine Corps, serving three years from 1966 to 1969. He served two tours of duty in the Vietnam War, where he received two Purple Hearts, the Silver Star, and the Bronze Star.

Smith learned about logistics while in the Marines, which he would use later to perfect his overnight delivery service.

GoDaddy was founded by Bob Parsons in 1997. In less than two decades he became a billionaire, resigned as the CEO of his company and sold 70% of it to a private consortium.

However, long before all of this success, Parsons enlisted in the U.S. Marines after flunking high school. He served in the Vietnam War as a rifleman where he was wounded in action. This would earn him the Purple Heart among other honors.

Jason Crabtree and Andrew Sellers are both veterans and cofounders of Qomplx. Crabtree is a West Point grad who was a combat rifle-platoon leader in Afghanistan, Sellers an Air Force Academy valedictorian who served in the Iraq war.

Qomplx offers software tools that bring multiple sources of data together in one place. It allows leaders to get a simplified overview of what’s going on in their organization. The startup plays in the fast-moving artificial intelligence space.

Kinder Morgan Energy Partners (KMP) was founded in February of 1997 when a group of investors led by Executive Chairman Richard D. Kinder and V. Morgan acquired the general partner of Enron Liquids Pipeline. Richard Kinder is a Vietnam veteran, serving as a Captain in the U.S. Army.

Hall is an Army veteran who served in a combat unit in Iraq. Hall credits the lessons he learned in Iraq have served him well as an entrepreneur. Good leadership, he says, is good leadership, both on the battlefield and in the boardroom.

Coleman is a former Air Force pilot. To date the Sworkit app has over 35 million downloads and more than 3 million active monthly users.

StreetShares is a peer-to-peer lending service that helps small businesses to apply for veteran and small business loans, using crowdfunding tech to match borrowers and investors.

Rockefeller first spent time as a military officer in Iraq and was an attorney and also a federal prosecutor.

John B. Rogers Jr. is former US Marine Corps Captain who served from the Pacific Rim to Iraq.

In 2016, the company introduced Ollim the popular autonomous electric-powered shuttle. The company’s current vehicles include the Rally Fighter and their 3D-printed Strati and Swim vehicles.

After serving five years as a U.S. Naval Officer, Catheryne Nicholson turned to software and startups. She has more than 15 years of experience in software product management, product marketing, environmental & energy, and defense.

Matt “Griff” Griffin is the CEO & Co-Founder of Combat Flip Flops. Griffin served in the 75th Ranger Regiment as a Rifle Company Fire Support Officer with three tours to Afghanistan and one tour to Iraq.

Established in 2016, Combat Flip Flops operates of an e-commerce store designed to provide opportunities for self-determined entrepreneurs affected by conflict. The company sells flip flops, clothing and accessories through its online store to consumers. It thendonates the proceeds to people affected by wars.

In 2015, Defranco and his wife Dana founded Battle Grounds Coffee serving high-quality coffee. The Massachusetts native, DeFranco, was a Navy SEAL from 2004-10 and served a tour in Iraq.

In addition to offering up premium roasts like Hold Fast, White Knuckle Espresso, and Treason (the brand’s decaf brew) the DeFranco’s first opened a brick and mortar cafe in Haverhill, Massachusetts. Later on, they opened a second store in Lawerence. Battle Grounds Coffee employs veterans and helps support charities for both veteran and the homeless.

Rosedale is an Air Force veteran who has helped countless young officers become pilots. When opening the first Tutor Doctor business in Boise, he applied his military training which helps students build organizational and executive skills.

Tutor Doctor today provides affordable one-on-one supplementary education to students and adults by offering in-home tutoring to families. The company also leverages a leading-edge e-tutoring platform to reach cities and regions throughout the world not yet serviced by a local Tutor Doctor office.

Dale King is a former military intelligence officer with the 10th Special Forces Group. King along with Renee Wallace founded Doc Spartan in June of 2015. This is when they developed an all-natural first aid ointment for the fitness community.

They idea for the ointment was initiated to help athletes and others treat everyday cuts and scrapes. Since being featured on Shark Tank, Doc Spartan has grown to operate in the Cosmetics business / industry within the miscellaneous retail sector.

Jack Taylor, a decorated Navy pilot who served in WWII founded Enterprise Rent-A-Car Company. After the war, he returned to St. Louis and started a delivery service company. In 1948, he took a job at the Lindburg Cadillac dealership where he eventually became a sales manager. In 1957, he started a car leasing business at the dealership in partnership with his employer, Arthur R. Lindburg.

Targeting people whose cars were in the shop, the Executive Leasing Company began operation with a total of seven cars. Today the company’s fleet exceeds 700,000 vehicles, and its fleet services unit serving corporate clients includes an additional 135,000 vehicles.

The company was originally created to help soldiers in war zones communicate with their families via live video. Later on, it expanded into interactive broadcasting platform for political events, concerts, conferences, movie premieres, talk shows, sporting events, and interactive games. In 2016, Ustream was acquired by IBM.

Phyllis Newhouse, is the chief executive officer of Xtreme Solutions. Newhouse a former military intelligence sergeant for the Army, used her training on leadership, resilience and cybersecurity to found Xtreme Solutions.

Krissa Watry, a former Air Force Officer is a co-founder of Dynepic, Inc. Watry has also worked at the Department of Defense and NASA.

Dynepic develops connected toys, an open architecture and a cloud platform for child friendly content. The company aims to connect kids with the Internet of Things (IoT) and the platform acts as a playground for smart toys.

Jay Van Andel is cofounder of AmyWay. The World War II veteran served as a United States Army Air Force officer and trained crews for B-17 and B-29 bombers. In 1959, the “American Way Association” began in the basements of the Van Andel and DeVos homes (veteran of the Army Air Corps), and later that year “Amway Sales Corporation” was formed. A converted service station became Amway’s first outside office building in 1960.

Today Amway is a manufacturer and distributor of health, beauty, and home care products such as cleansers, moisturizers, and fragrances. Amway went on to become the largest direct selling company in the world. Amway corporate reports that in 2019, they have over 3 million independent business owners (IBO’s) in over 100 countries

Sperry Shoes came about in 1935, after Sperry watched his dog dart effortlessly across the ice. He was inspired to carve grooves – like those on his dog’s paws – into the bottom of a rubber sole. In that moment of inspiration, the world’s first boat shoe was born. The iconic rubber soled canvas has since been a favorite for generations.

The navy veteran’s company has now grown to employ 2,500 employees with $50 million in annual revenue.

Gordon Logan is a veteran Aircraft Commander in the U.S. Air Force. Prior to founding Sport Clips in 1990s, Gordon owned and operated salons throughout Texas. The MIT and Wharton School of Business graduate took five years to open the first 50 stores. By 2007, Sport Clips celebrated the opening of its 400th and 500th store in the same year. Today the Company’s services include MVP haircuts, Triple Play Haircuts, and Varsity Haircuts.

Damien Patton, is CEO of Banjo. Patton served two tours of duty in Desert Storm and went on to work as a chief mechanic for one of the top NASCAR teams.

Banjo, was born from Damien winning an engineering hackathon at Google in 2010. Banjo develops and maintains an Internet and mobile software platform. It provides real time display of live, shared events from around the world indexed by location and content.

Derek Sisson is the founder and CEO of Famous Brands and a former Force Recon Marine. Famous Brands is Derek’s fourth company. Famous Brands’ flagship product is Merica Bourbon, a bourbon “from military veterans who want to share the great taste of bourbon and freedom.”

Merica Bourbon won a silver medal at the Whiskies of the World Awards in 2017.

Esurance was one of the first companies to start selling insurance online. The company was founded by Chuck Wallace and four other partners in 1999.

Allstate bought Esurance in 2011 and since has become a wholly owned subsidiary of the insurance giant.

Wallace attended the United States Airforce Academy from 1982 to 1986.