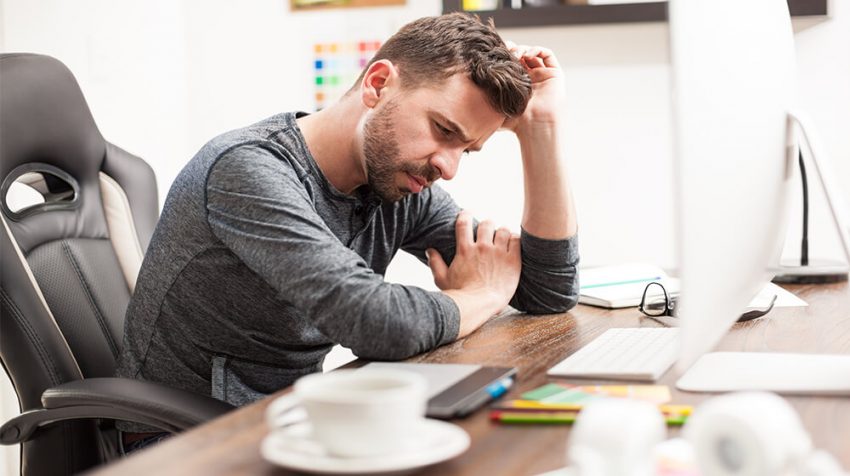 The benefits of being able to work from anywhere has allowed people to find a work/life balance they are happy with. However, freelancers and remote workers who work alone most of the time are experiencing the negative side of working this way.

According to a new survey from Viking, more than half of the respondents say they feel lonely, anxious and depressed. Even though working as a freelancer has its benefits, human beings are social creatures and working alone for extended periods has negative consequences.

For small businesses that now rely on freelancers as part of their workforce, it is important to know how they feel. Especially if they are going to hire a freelancer for an extended amount of time.

On the blog for the survey, Viking quotes Jenny Stallard, lifestyle journalist and author and founder of Freelance Feels: Wellbeing for Humans who work for themselves. Stallard points out a number of issues freelancers are dealing with, including loneliness.

Stallard goes on to say, “Beating loneliness is not an overnight ‘thing’, and especially not for freelancers, in my experience. There are steps we can all take – and that I’ve taken and take myself – to help us on the road to a less lonely freelance life.”

Of course, it goes beyond loneliness. If you’re a freelancer make sure to take care of yourself by addressing all of the issues the report highlights.

Viking surveyed 750 freelancers and 750 office-based workers for a total of 1,500 respondents. The data was then analyzed with the goal of finding out the pros and cons of being a freelancer. Additionally, the study also looks at the effects freelancing has on work-life balance, health and much more.

The respondents were asked to rank the best and worst aspect of working as a freelancer or in an office.

Freelancers say the best aspect of the way they work is flexible working hours, working from home/no commute, being your own boss, easier to organize childcare, and freedom to choose projects and clients. Office workers, on the other hand, say it is job security, socializing with colleagues, the ability to switch off before and after work, holiday allowance, and support with mental health issues.

As to the worst aspect of freelancing, it is feeling lonely at work, struggling to switch off from work, working too many hours, finding consistent work, and lack of support for mental health issues. Office workers say it is working office hours, commuting to work, arranging childcare, booking appointments, and having to work with difficult customers or clients.

On the plus side, the freelancers in the survey say they work fewer hours than their office employee counterparts. For 59% of freelancers, their workweek is less than 30 hours, and this has one of the biggest benefits for this group, work/life balance. The same number of office workers (59%) work more than 36 hours per week.

However, the survey points out freelancers are worried about working too many hours. While office workers have a system with structure, such as personal time off, vacations and other perks, freelancers don’t.

A great example of this is vacation time. Only 15% of freelancers actually avoid work during their vacation. This means 85% of them are working while on vacation to a certain degree. This is because most freelancers can’t afford to turn down jobs.

When they do work, freelancers also have to worry about their own billing, payment, insurance, finances and savings. This undoubtedly creates more stress and mental health-related issues, which the survey highlights. Sixty-two percent of freelancers say they feel stressed compared to 55% of office workers.

More than half or 55% of freelancers in the survey say they suffer from depression as a result of their job. The number is almost half as much for office workers at 30%. The task of managing everything along with the loneliness doesn’t help.

Speaking of loneliness close to two thirds or 64% of freelancers say they feel lonely. And for office workers, the number goes down to 29%. This is not surprising, but the fact most freelancers feel lonely is of great concern.

The report goes on to say, the solitary nature of freelancing can lead to loneliness and mental health struggles. It recommends freelancers to talk to someone if the stresses and strains of the job become difficult.