15 Dual SIM Phones for Your Business 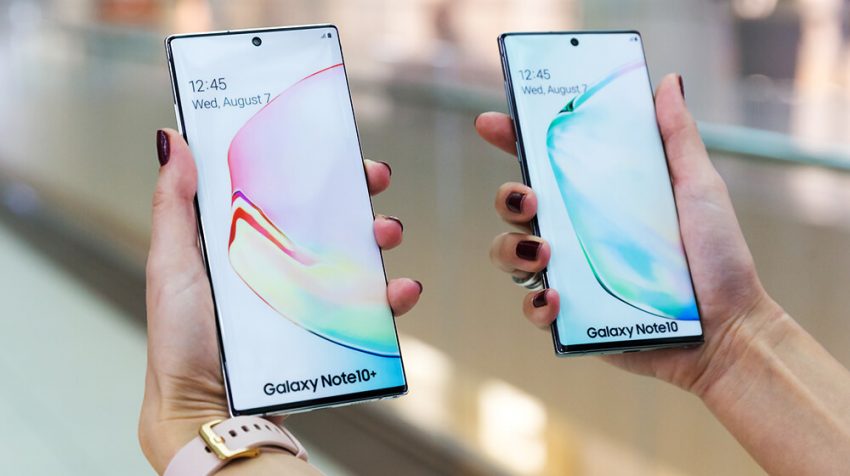 Dual-Subscriber Identification Module (SIM) phones let you use two SIMs in a single phone. With more people cutting the cord from their landline phones, a dual-SIM phone is a great way to separate your personal and business lines.

If you have multiple businesses, it is another way to differentiate them when you are outside of the office. After all, juggling multiple handsets can be taxing. Most dual SIM phones have active dual SIM functionality. A dual SIM phone can support two active SIMs at the same time, without requiring you to remove and swap SIMs to change the phone number.

For freelancers too, a dual SIM phone can come in handy as you can handle multiple jobs without having to juggle multiple devices.

Functionality aside a dual SIM phone comes in handy for saving on your phone bill. Say you have grown attached to your old SIM and you want to capitalize on a new data offering from a SIM card. Some mobile operators have good voice plans, but pricey data plans, or the other way around. Irrespective of the same network or a different network you can use the data on one and use texts and calls on the other. All this without the need to change your number or invest in another phone.

A dual SIM phone also comes in handy if you travel abroad for business or a vacation. With room for another SIM card, you can buy a temporary card and avoid international roaming costs. You can buy a 30-day SIM, not have to buy another phone and retain your contacts from the same handset.

The iPhone XR is the first Apple dual SIM phone, and it has a different approach to making this possible. The dual SIM phone uses one nano-SIM and an eSIM. The eSIM doesn’t require a physical card so it allows you to activate a cellular plan from your carrier without having to use a physical nano-SIM. This also means you can add more numbers to your device.

Apple was one of the last manufacturers without a dual SIM phone. The iPhone XR is a dual SIM phone with 3GB of RAM, 64GB of storage, and a 6.1-inch display with a 2,942 aMh battery. It has a TrueDepth camera for facial recognition and runs on IOS 13.

The ASUS ZenFone 6 packs some great features for the $499 price tag. This includes 6GB of RAM and 64GB of storage along with the 855 Snapdragon processor and Adreno 640 GPU. The 6.4-inch full HD+ display supports the Sony flagship IMX586 48MP main camera and a secondary 13MP ultrawide camera.

Additionally, the ZenFone 6 has three slots. Two for SIM cards and another one for more storage, which can be expanded to 2TB with a Micro SD.

Google Pixel 3 is touted as the best smartphone camera you can buy. It comes with a 12.2 MP rear camera with a single lens and an f/1.8 aperture enhanced by machine-learning software. And it is this software which makes the camera stand out.

The company says the 2,915 mAh can last all-day. Retailing at $ 499 it runs on Android 9 pie along with Google assistant.

This is yet another addition to Motorola’s Dual SIM smartphones. Motorola One Zoom offers the ability to use multiple SIMs simultaneously, alongside Dual Standby and Dual VoLTE.

The 48MP rear camera on the phone is a standout, especially considering the price range it fits in. When coupled with a 25MP selfie shooter and a 4000 mAh battery, it makes the Motorola One Zoom one of the best dual SIM phones. Its retail value is $449.99.

The Alcatel 3C has 3,000 mAh and comes with a 6.7-inch HD+ Full view display. It has 16GB of inbuilt storage that can be expanded via a micro SD card. Retailing at $ 119 it is an affordable dual-SIM (GSM and GSM) smartphone that accepts Nano-SIM cards.
Sensors on the phone include accelerometer, ambient light sensor, and proximity sensor.

Nokia is always a great budget phone and the $189 Nokia 4.2 continues that trend. The phone is powered by a Snapdragon 439 chipset and has a tiny waterdrop cutout at the front for the camera.

It comes with a dedicated button for Google Assistant, and the power button has an LED ring that lights up for incoming notifications and calls. The two SIM card slots are compatible with AT&T and T-Mobile.

Nokia’s latest dual SIM phone is loaded with Android 9 Pie. Utilizing AI to understand your preferences, Android 9 Pie tailors your user experience to get better with time. It comes with the Snapdragon 845, 6GB RAM and 128GB of storage along with wireless charging.

The 3320 mAh adaptive battery makes for a longer-lasting charge. And its App Actions help you get things done with shortcuts based on your routines. Retailing between $ 499.99- $699 this smartphone comes with five cameras.

It has a 12 GB memory accompanied by 256 GB of Storage. This factory unlocked phone is compatible worldwide. It works with carriers like Verizon, AT&T, T-Mobile, Metro PCS, Cricket, and others.

This phone comes with an in-screen fingerprint scanner and a larger battery. You can choose 6 or 8GB of RAM with  128 or 256GB storage capacity. This phone packs a 3,700 mAh battery enough to last you through a busy day. And the Fast Charge technology gets you up and running in just half an hour.

Its AI cameras can intelligently distinguish across 206 scenes and automatically adjust exposure, saturation, and other photo optimizations. It retails for $320.

The Samsung Galaxy A50 is in the A-series, making it its most balanced mid-range phone. It stands out for its 6.4-inch Super AMOLED screen with an integrated fingerprint reader and its triple rear camera.

The pen has been updated with several features. These include remote gestures, a shutter and playlist button, handwriting-to-text conversion, video editing and scrubbing, screen-off memo and more. It comes with a whopping 12 GB RAM and 256 GB storage. It also has room for a 1 TB Micro SD.

At  $1,199 it is one of the most expensive mass-produced phones in the market.

The Sony Xperia XZ3 comes with the Qualcomm 845 processor to handle all your apps, movies, games and more with ease. It shoots videos in incredible detail thanks to 4K HDR movie recording. You can also film in 960 fps super slow motion in Full HD resolution.

Vivo Nex 3 boasts one of the best batteries in the market which comes in at 4500 mAh and its FlashCharge. The battery supports the latest Qualcomm Snapdragon 855 Plus processor along with 8GB of RAM and 256GB of storage.

Its GAME Turbo 2.0 comes with complex game environment sensing and smart system resource management. Retailing at $ 359.99 it comes with a 6.39″ AMOLED full-screen display, Snapdragon 855, 8GB of RAM and 256GB of storage.

One of the biggest benefits of today’s digital technology is it has allowed individuals and small businesses to be more flexible. This has made it possible for people to use the technology to compete and grow in markets around the world.

A dual SIM phone extends this flexibility so you can handle your personal and business communications on one device no matter where you are.