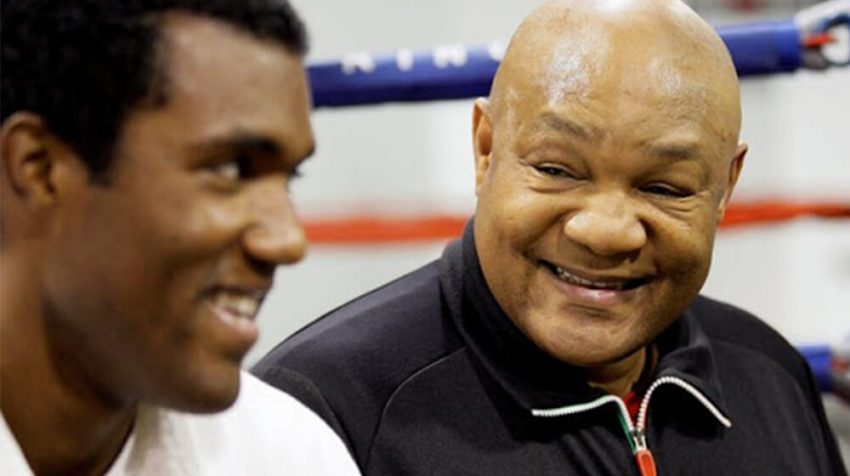 On the Small Business Radio Show this week, George Foreman III discusses how he ended his boxing career without a loss. And how he started EverybodyFights. His facilities have the “grit of a traditional boxing gym, but is delivered in the style of a luxury fitness studio.” He left boxing when he realized he enjoyed teaching fitness classes in a gym and had too little time to train.

How to Give Back to Your Community

At 21, George became George Foreman Sr’s business manager where he learned a lot about selling consumer products like the iconic “George Foreman Grills”. He explains that he loves business because he can “provide value and make money….you can help people and be rich” at the same time. George also believes that the way you give back to your community is to create jobs.

According to George, what makes “EverybodyFights” unique is that it focuses on creating that community by bringing people together through fitness. He says it’s “the smiles and engagement you get from the people that walk through the door. It’s all about execution and that can’t be commoditized.”

When George got started in Boston, no landlord would lease a space to a business with the word “fight” in the title, so the company began as “The Club by George Foreman III”. Eventually when it became successful, he changed the name back to “EverybodyFights”.

Strangely enough, George says that his club actually teaches people not to fight. Instead it trains people to have more self-assurance. This is because “statistically, when people walk with more confidence they are attacked less”. He understands that people can get “pretty wound up” at work with customers and coworkers. Many times, he reminds us that “winning the fight is knowing when not to fight with others” but just to be able to think more clearly and offload that anger somewhere else like the gym.

George believes that there is a place for the home fitness market. He believes a lot of people won’t exercise in a group. They wait until they are in shape. (Which, of course. proves impossible without exercise). He reminds us what science has proven. If “you sit on the couch for 6 months, things seem much more difficult to do…Home fitness is a gateway to (eventually) show up in person. “

Listen to the entire episode on the Small Business Radio Show.