A Visual History of Cell Phones 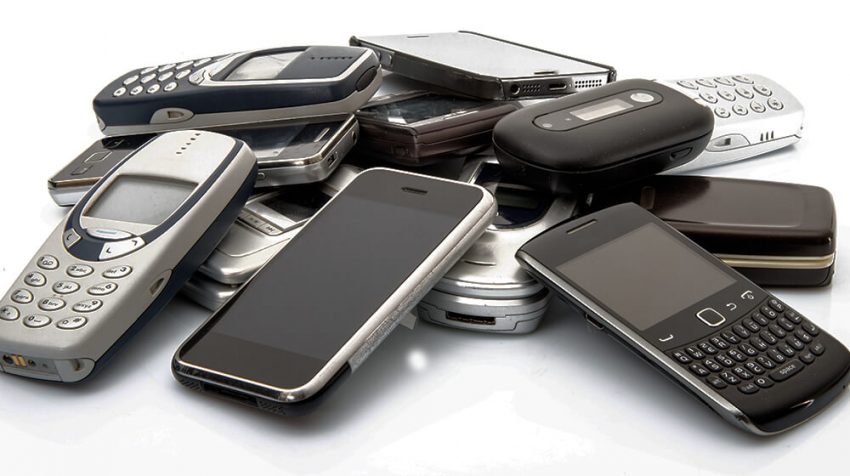 Today, cell phones are a big part of how many small businesses operate. In fact, it’s gotten to the point where some feel entrepreneurs are a little too reliant on their mobile devices.

However you feel about specific pieces of cell phone etiquette, there’s no denying that these devices add a ton of value to business owners and professionals. But they haven’t always offered the same functionality that people enjoy today. In fact, the history of cell phones spans several decades. And some of the earliest models are fairly unrecognizable today.

Most folks sport a trendy new mobile phone these days, but they weren’t always pretty or light. Take a look at the journey in our history of cell phones.

The first mobile phones weren’t able to be carried around like they are today. Instead, they were installed in cars. The first one was introduced in 1946. But the concept wasn’t widely adopted right away.

In fact, throughout their lifespan, car phones were often reserved for luxury vehicles or those used by high profile business executives. But they became slightly more common throughout the years until true mobile phones were introduced and made them fairly obsolete.

In the 1980’s, phones came out of cars and leapt onto the streets. Motorola introduced the first mobile phone that wasn’t a car phone in 1983. And it remained one of the top brands in this space for many years.

These cell phones were large, novelty items back then. They were often as large or larger than cordless house phones and came with long antennae. Though these phones did start to get more popular than car phones, they weren’t as widely adopted as cell phones are today.

Through the years, these phones began to get a bit smaller. Other brands like Nokia and LG entered the space and offered tons of variety to consumers. But most of these phones still modeled basic landline phones in terms of the layout and buttons.

As cell phones shifted toward the smaller side, manufacturers came up with a clever way to make them more compact when they’re not in use. Flip phones opened up to reveal speakers and buttons, but closed for easy carrying, making them more convenient and accessible than ever.

Motorola was one of the top brands during this time period. Its flip phones include the Renegade, V180, and one of the most memorable models of the early 2000’s. Other top models during those years include the LG Chocolate, Nokia 3310, and T-Mobile SideKick.

Today, the smartphone is king. These devices do far more than just make calls. Business owners and individuals use them for photos, music, video chats, social media, and so much more. So how did we get here?

Blackberry devices started gaining popularity in the early 2000’s. These phones didn’t offer the same functionality that people enjoy today. But they were popular in the business community because they offered email access and limited web browsing.

Of course, the smartphone landscape completely changed in 2007 with the release of the first iPhone. This is when people began using third party apps to customize their mobile experience. And touch screens also became especially prevalent.

Today, the iPhone is still one of the top smartphones on the market, thought it’s gone through many incarnations since that launch back in 2007. Samsung, Google, LG, and plenty of other brands currently offer their own smartphone models.

So what’s in store for the future of cell phones? Smartphones have become fairly ubiquitous. But manufacturers continue to add new features and models every year.

In addition to changing operating systems and abilities, the form of smartphones may be shifting as well. And it’s possible that it’s going back toward the past. Motorola recently announced a refreshed version of the Razr. And Samsung has its Galaxy Fold, which is reminiscent of a flip phone as well.

However, there have been plenty of cell phone models that have come and gone quickly throughout the years. The only thing that is certain when it comes to the history of cell phones is that constant change is in store.