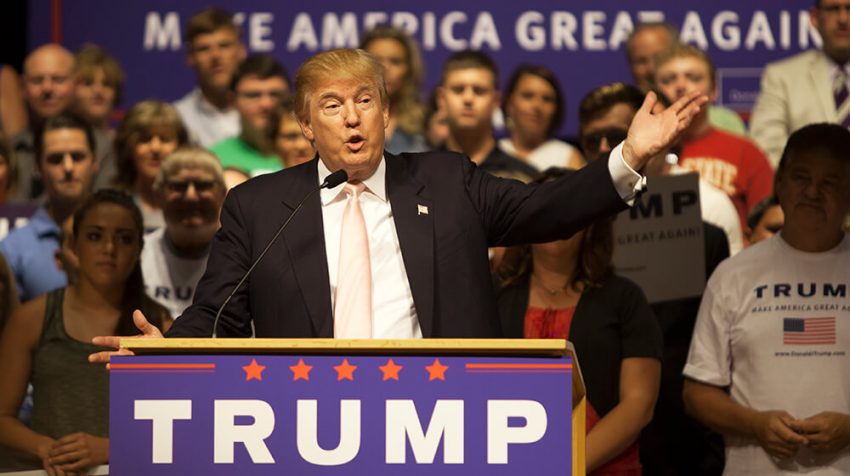 The Q4 2019 CNBC-SurveyMonkey Small Business Survey reveals the approval rating among small business owners for President Trump is at an all time high. At 60%, the report says it is the highest number recorded since the survey’s inception.

Six months after President Trump was sworn in, 47% of small businesses approved of the job he was doing in 2017. The 13% jump shows almost two in three small business owners now approve of the president.

With more than 30 million small businesses in the U.S., as of the end of 2018, this demographic represents the biggest contributor to the country’s economy. This is in terms of employment with 58.9 million people and almost half of the total GDP in terms of output.

The survey looks to find out the concern small businesses have regarding jobs, taxes and other topics affecting their operations. In the press release for the report, Jon Cohen, chief research officer at SurveyMonkey, says overall owners are satisfied.

Cohen says, “Small business owners are ending 2019 much the same way they ended 2018. Satisfied with the current state of their business, anticipating revenue growth in the New Year, and working hard to attract new customers and hire qualified employees.” Adding, “A slim majority have been on the lookout for a recession all year, but on the whole small business owners are charging into 2020 feeling rosy about what’s ahead.”

In this quarter the issue of trade is responsible for increasing the Small Business Confidence Index to 59 in Q4 (from 57 in Q3). Twenty four percent of owners say they expect the trade policy to have a positive impact on their business. This is the highest it has been since the second quarter of 2017.

Regarding technology, more businesses now believe technological changes will have a positive effect on their business. This is true for 48% of the respondents in the survey, which is up by 7% from the 41% in Q3.

However, there are some concerns owners have with acquiring new customers, controlling costs and the employee skills gap.

The record-low unemployment rate in the U.S. is responsible for talent shortages. And for small businesses that can’t compete with large companies, it is a big concern. One in five or 20% of owners say they have open positions they haven’t been able to fill in at least three months. This is up from the 18% of the fourth quarter in 2018.

This is leading owners to be more creative with their incentives to attract and keep their talent. Sixty percent say they are offering higher wages, while another 29% say they are providing more benefits than usual. Yet others are helping to pay student loans (19%) and some are considering hiring people with criminal records (17%).

The CNBC/SurveyMonkey Small Business Survey uses SurveyMonkey’s online platform. It surveys a national sample of 2,299 self-identified small business owners ages 18 and up. For this quarter, the survey was carried out from July 29 to August 4, 2019.

The respondents come from more than two million people who take surveys on the SurveyMonkey platform daily. The index uses a scale from 0 to 100, with zero indicating no confidence and a score of 100 indicating perfect confidence.