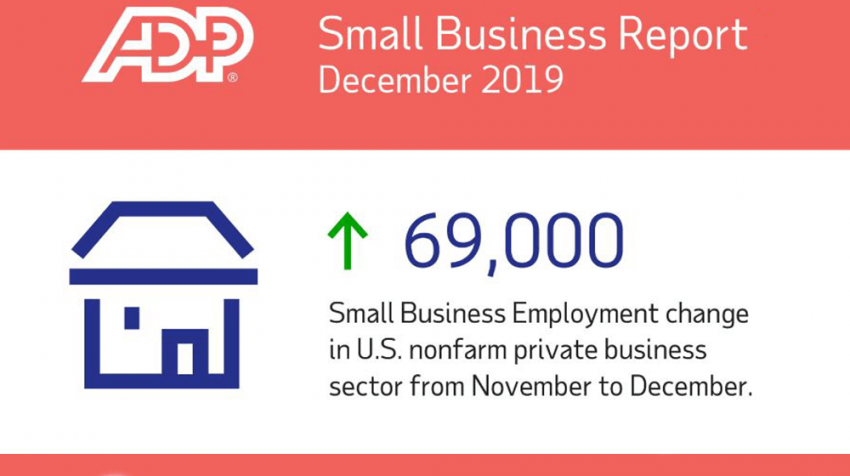 The numbers for small businesses in November was a low 11,000, so the jump to 69,000 for December is both dramatic and impressive, to say the least.

According to the ADP National Employment Report, not only did small businesses deliver so did franchises with 59,700 jobs. And the numbers were up across the board.

For small businesses, the December 2019 ADP Small Business report data is good news as the Trump administration and China look to ease but not end the trade war. With the signature of a Phase One trade agreement at the White House on January 15, 2019, the economy will get stronger.

The gains for December come across different sectors. In the release for the report, Ahu Yildirmaz, vice president and co-head of the ADP Research Institute, explains these gains.

Yildirmaz says, “The service providers posted the largest gain since April, driven mainly by professional and business services. Job creation was strong across companies of all sizes, led predominantly by midsized companies.”

Considering small businesses make up more than 99% of all companies in the U.S. the growth is good news. In December very small businesses with 1 to 19 employees came up with 9,000 jobs. The remaining 60,000 jobs are from organizations with 20 to 49 employees.

In terms of sector and industry, service providers created 50,000 jobs while the goods-producing sector came up with another 19,000 jobs.

In December the numbers were up across all sectors and industries with restaurants providing the bulk of the jobs with 45,300. Auto parts and dealers added 6,600, accommodations 1,900, and business services with another 1,200 jobs. 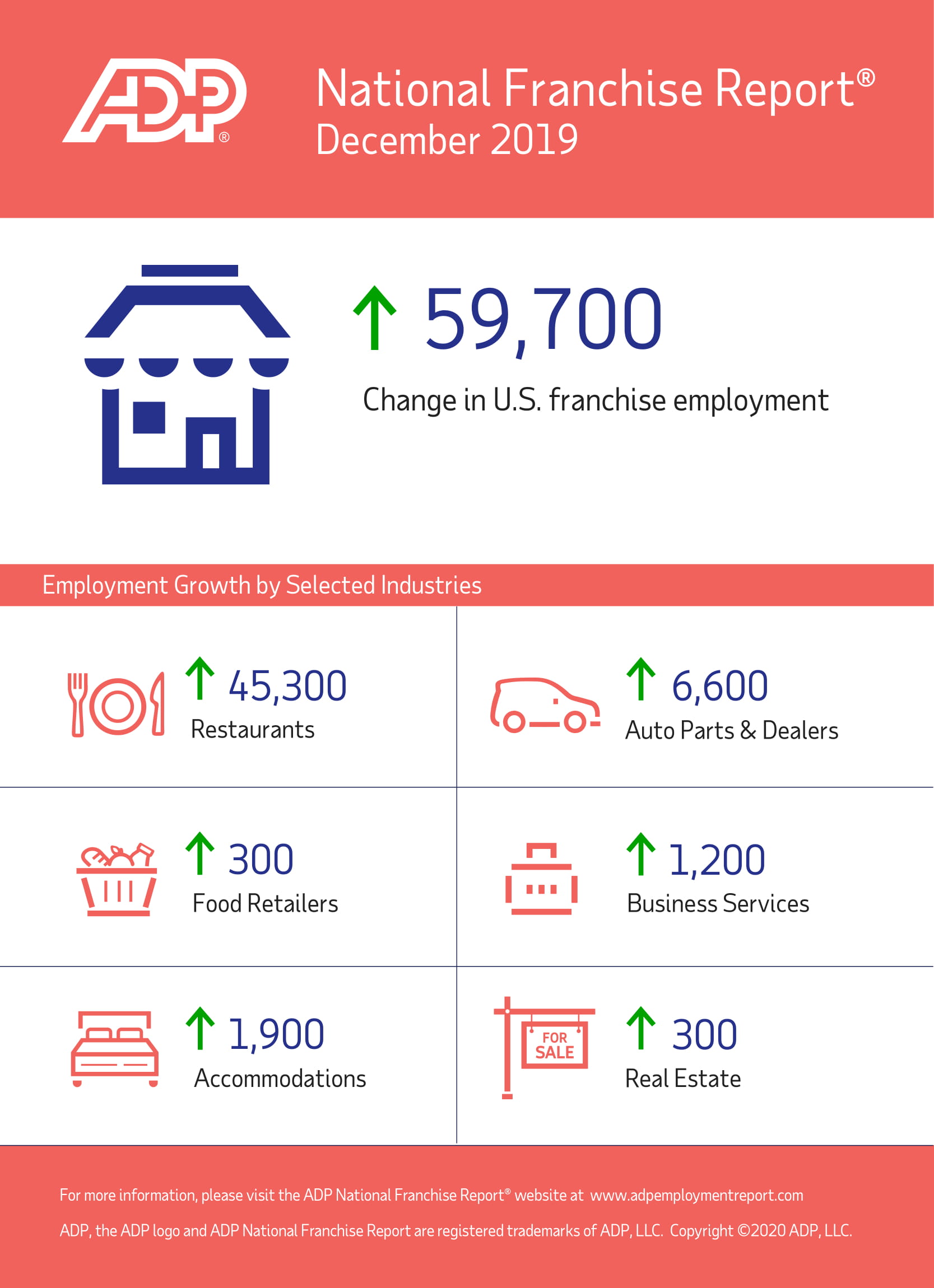 At 3.5%, the unemployment number for the U.S. continues to defy expectations as the economy keeps chugging along. With the addition of 202,000 jobs in December, the U.S. economy ends the year with a bang, topping economists’ outlooks.

The consensus estimate from economists surveyed by Dow Jones was 150,000 for December. This comes after the economy smashed forecasts and added 266,000 jobs in November.

With a whopping 202,000 new jobs, the national employment numbers again exceeded all expectations. And although the jobs came from companies of all sizes, midsized firms with 50 to 499 employees delivered 88,000 new jobs in December.

Small businesses were next with the aforementioned 69,000 followed by large companies with 500 or more employees creating 45,000 jobs. Service-providing firms created 173,000 jobs while goods producing sector came up with 29,000 jobs.

The ADP National Employment Report is a monthly publication produced by the ADP Research Institute in collaboration with Moody’s Analytics. The data for the report comes from ADP’s actual payroll data. It does so by measuring the change in total nonfarm private employment each month, on a seasonally-adjusted basis.