5 Tips to Keeping Politics Out of Your Workplace 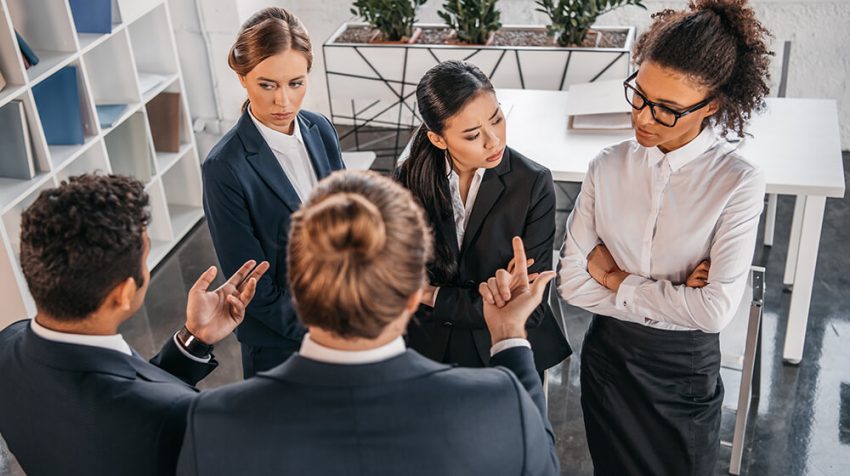 The election season, impeachment, and Iran are explosive issues to bring up in the workplace. And those are just a few of the subjects that can distract your employees and cause problems. Discussing politics in the workplace may be almost inevitable, but it can also cause divisions on your team and decrease productivity.

He supplied 5 tips to keep politics out of your workplace

Discussing Politics in the Workplace

Warrick started with a high-level overview of the situation and a look at the ethics of talking politics at work.

“Talking about politics, as well as religion, are seen as the third rails of discussion topics,” he says.  “We as a country are becoming more and more intolerant of anyone else’s opinions. That means I am going to persecute you or bully you because you disagree with me.”

According to Warrick, the problem that filters down to business starts with government.

“Our political leaders are no longer engaged in real debates with one another.  Instead, you hear is that one side will “destroy” the other, or “We will bury them” and several other very war-like ways to attack the other side.”

When this scenario takes hold in a small business, factions can form. So should you have a politics in the workplace policy?

“The employees are the ones who actually do the work.  It is vital that employees know how to address and resolve conflict,” Warrick says.

So, here’s what SMBs can do to head the problem off before it starts. Warrick calls these steps Empathic Listening, Parroting and Rewards or EPR.

Emotional intelligence is about maturity and self-restraint. It’s about walking a middle line when there’s a conflict based on politics. Warrick explains.

“Whenever it comes to resolving conflict, which is the single most important skill any human can master, humans need to first control themselves. That means they will not attack the other person, nor will they retreat and become a dreaded passive aggressive behind their backs.”

Think Before You Act

Don’t react right away. You need to take a least five seconds to think before you react. Warrick says the first reaction to a conflict is usually wrong.

“We are wired to attack or retreat,” he says. “Neither of these reactions are good in a highly emotional conflict situation.”

He says the best way is to use Empathic Listening, Parroting and Rewards skills or EPR.

Conflicts in the workplace that our political usually travel the same path. One person explains their side to the other one assuming they will understand their position.

“Unfortunately, handling conflicts in such a manner tells the other person one thing: “You don’t care what I think,” Warrick writes.

Then you need to focus on listening. It usually takes a great amount of focus.

“Once you have Parroted everything back to the other person’s satisfaction, great.  You can move on in the discussion,” Warrick says.

You’re not going to agree with everyone even after a civilized debate. That’s why it is suggested you “Reward” them by validating their viewpoint if you can’t see things their way.

“You would say something like, “I see what you are saying, but I also think …” or “I understand where you are coming from, but what about this,” Warrick says.   “In the end, the key to addressing and resolving conflict lies in gaining control over your ego and emotions, which is Emotional Intelligence, and using your EPR skills.”