A History of Suits for the Office 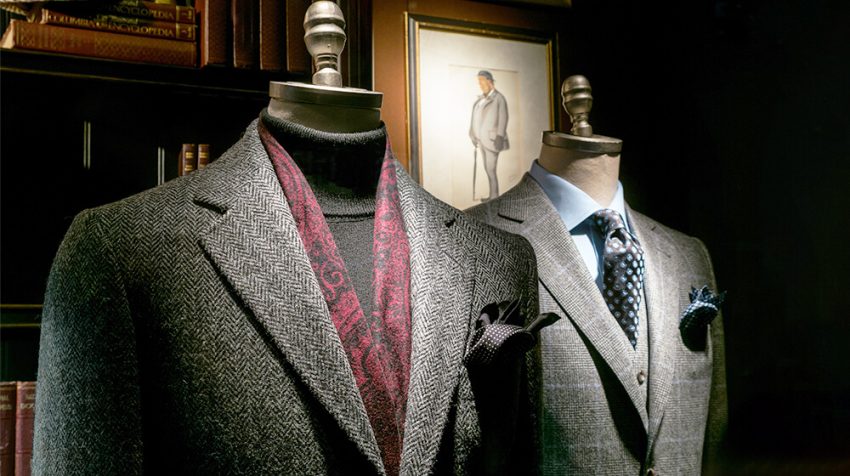 Suits remain a staple in most office environments. True many modern workplaces adopt a more casual dress code. However, you still find many instances where employers prefer suits or business casual. Of course, this style has evolved quite a bit throughout the years.

As a result, the history of suits in the workplace goes back a long way. And while many things have changed, some have stayed the same. Here’s a look.

While it isn’t known exactly where the first suit came from, the history of suits can be traced back to early uniforms worn in European courts. These garments were incredibly intricate and were often paired with powdered wigs.

Regency suits were especially popular in England during the 19th century. This is when suits started to resemble more of what is worn today. However, they were significantly more formal, including coats with tails and statement collars.

During the Victorian period, frock coats became popular as outerwear and in business environments. These were long jackets that men wore over vests or dress shirts.

A morning coat is fairly similar, but was considered to be a bit more casual. These were mainly worn during the day, so they were popular in business attire or casual daytime get togethers.

A lounge suit basically just means a jacket worn with a formal dress shirt and tie. This is still a concept that’s popular today. But it was relatively new following the dress codes of the 19th century, where coattails and vests were the norm.

As business environments started to get a bit more casual, sack suits became more prominent. These featured loose fitting coats and pants, which could work for things like picnics or informal lunches.

Suit separates also started gaining popularity around this time. And coats started getting a bit shorter and men were no longer expected to wear coattails in business environments.

During WWI, some women in Europe began wearing suits to work. Those who worked in industrial settings wore what was known as a trouser suit.

Even for women who weren’t working in settings that required pants, some started donning “suffragette suits,” which were known for being more practical than traditional feminine attire.

Double breasted suits include two rows of buttons down the front and are still worn in some formal instances today. But they gained popularity during the early 20th century.

Three piece suits include a jacket, vest and pants and have been popular in formal business attire for decades. Today, these pieces are mainly reserved for formal events.

Stroller suits were once popular with businessmen in semi-formal occasions. It included a long, dark colored jacket, vest, and gray or striped pants.

For those in the Western U.S. or those in more rugged professions, these suits simply provided a different look that was a bit less formal.

After WWII, the history of suits took new direction as they started being mass produced and followed pretty much the same format. This was in order to save money and resources. And it led to most business wear looking largely the same for years.

Through the years, suits simple started becoming available in more varieties. Most had two or three buttons down the front. But there were also single button suits that were usually known for being a bit more formal.

Leisure suits became popular mainly in the 1970’s. They consisted of matching pants and jackets that were fairly casual. These weren’t acceptable in all business environments, but could have passed for certain events or less formal occasions.

Women didn’t widely adopt traditional pants suits until later in the 20th century. This garment simply consists of pants and a blazer, usually in matching colors.

Power suits became big in the 1980’s. Wide shoulders and bold silhouettes defined these suits and made them unforgettable.

Later in the 20th century, people began rebelling against the suit and taking a more casual approach to business attire. Often, this simply involved removing the jacket. But others even changed out the shirt or the pants instead.

Today, suits come in many shapes and sizes. But the main option in business casual settings remains a basic dark colored suit in a tailored fit. 1 Comment ▼