These States Have the Biggest Economic Growth Since the 2016 Election 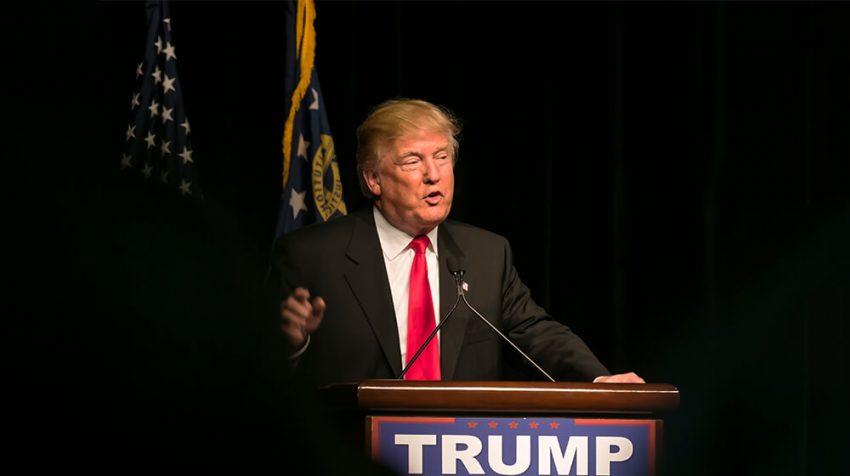 In 2016 more than half or 53% of small business owners said they supported then-candidate President Trump. Six months after he was elected 47% approved of the job he was doing, and the Q4 2019 CNBC/SurveyMonkey Small Business Survey has revealed it now stands at 60%; a 13% increase.

A new study of the 50 states in the U.S. from AdvisorSmith further supports these data points as it looks to determine which states grew since the 2016 election. The historic low unemployment rates along with a strong economy has increased the opportunities of small businesses across the U.S.

However, the growth hasn’t been uniform. While some states enjoyed some great numbers, others didn’t fare as well.

In order to determine the states with the strongest economic growth since the 2016 election, AdvisorSmith examined all 50 states including District of Columbia. The study includes factors such as growth rates of each state’s GDP per capita, median household income, unemployment rate, and labor force participation rates.

Each state is given a score on all the criteria and ranked based on a weighted average of their scores.

The states in the top ten are Massachusetts, California, Oregon, Oklahoma, Wyoming, Illinois, and Alabama.

Take a look at the top ten graph from AdvisorSmith below. 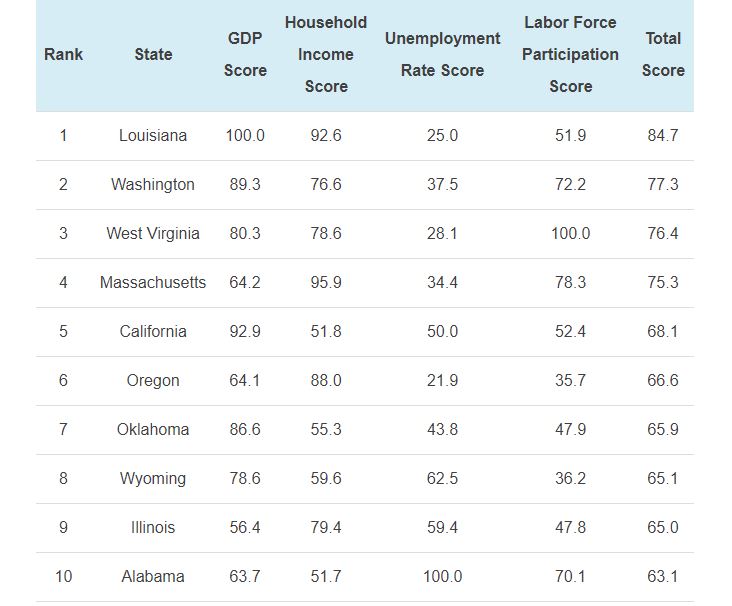 States with the Lowest Economic Growth

Even though the states with the lowest economic growth didn’t fare that well, they all increased their GDP. However, there were some that didn’t grow their median household income.

The state with the least amount of growth at number 51 was South Dakota, which grew its GDP by $3.5 billion from $49.5 billion to $53 billion over the study period. The median household income also increased, while unemployment was down from 3.3% to 2.8%.

Overall states are much better off since the 2016 election. In terms of GDP, there is a clear increase and unemployment rates are also lower.

If the numbers continue at this rate during the next election, states will be experiencing record numbers across these metrics over the next four years.