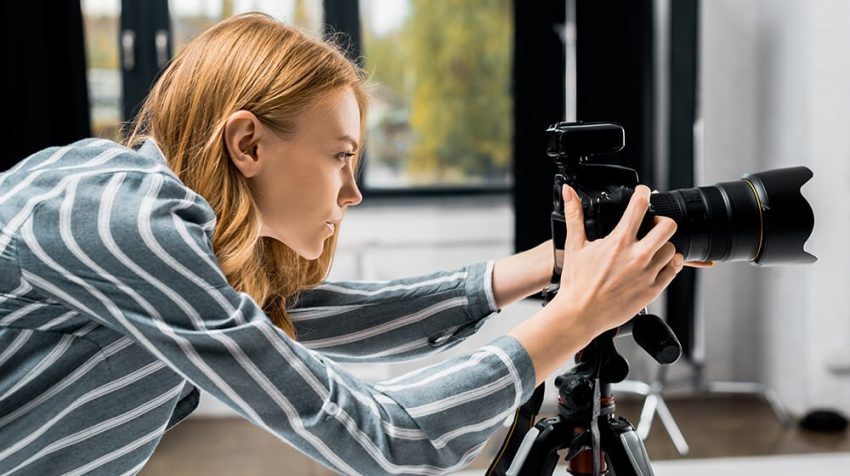 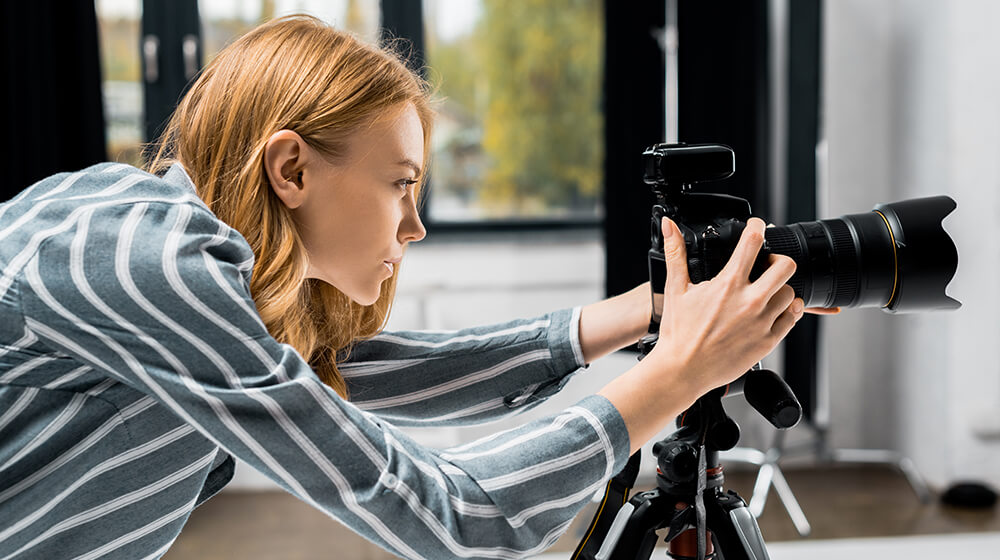 The ADP Research Institute’s new report has some interesting findings about the gig economy and gig worker numbers. First, the data shows that twenty percent of these workers are over 55. What’s more, over 70% of gig workers generally report they enjoy being independent contractors and don’t miss more traditional work.

Ahu Yildirmaz  is the co-head of the ADP Research Institute and author of the report. She spoke at a recent press conference.

In the ten years ending in 2019, gig worker numbers have risen from 14.2% to 16.4% of the workforce. That represents a 15% jump. While these workers can be found in a number of businesses, the report finds business services, construction and recreation use them the most.

It’s one of the trends from the report that small businesses can’t afford to ignore. With the tendency moving towards more gig workers, SMB’s that work in online enterprises like marketing and finances should take note to fill their ranks

She also commented on the large number of older gig workers and what it means to small businesses.

“This 55 plus group is staying in the 1099 gig workforce. What we saw in the data was these were highly paid skilled workers who either had retirement and benefits from prior jobs or benefits from their spouses.”

This is another answer to the shortage of skilled workers that’s been plaguing small businesses for some time. If your industry permits you to use these people, you can close another hiring gap. Innovation is clearly driving the demand for more skilled workers.

The report, entitled Illuminating the Shadow Workforce: Insights into the Gig Workforce in Businesses, also defined two different classifications. The first are independent contractors ( 1099-M) who are generally hired to use their skills on a project to project basis. These are generally the older workers and this classification rises to 30% of the respondents. They were 55 years and up.

The other classification are shorter-term W-2 workers. They generally have a lower income and were less educated. Quite often they worked on an on-call or seasonal basis.

There are some other interesting findings from the report small businesses can take note of to use these workers. For example, the average income for a gig worker and more traditional employee is similar over 12 months. When an SMB factors in the labor cost savings for gig work, this becomes an interesting selling feature.

There is strong evidence that gig workers are becoming a normal part of the American workforce. Consider the finding that says more than half of the 1099-M contractors have been working for the same firm for 12 months.

There were some other interesting highlights from the report. Gig workers (74%) under the age of 34 would continue to work in the gig economy even if they lost their health insurance

There’s one last area that interested small businesses need to pay attention to concerning gig workers. Assembly Bill 5 in California seeks to reclassify them as employees to give them better labor protections like sick leave and other benefits. It went into effect on January 1 and is meeting opposition from freelance groups.

If it catches on, it could change the gig economy. For the time being, there’s no need for small businesses to worry according to Yildirmaz .

“We haven’t seen anything in the data yet but we are watching it carefully. I do think this legislation is important.” she said.

The ADP Research Institute® (ADPRI) looked at the payroll data of over 75,000 large companies  with  over 18 million workers. A survey of more than 16,000 employees was included as well as  input from  21 company executives. 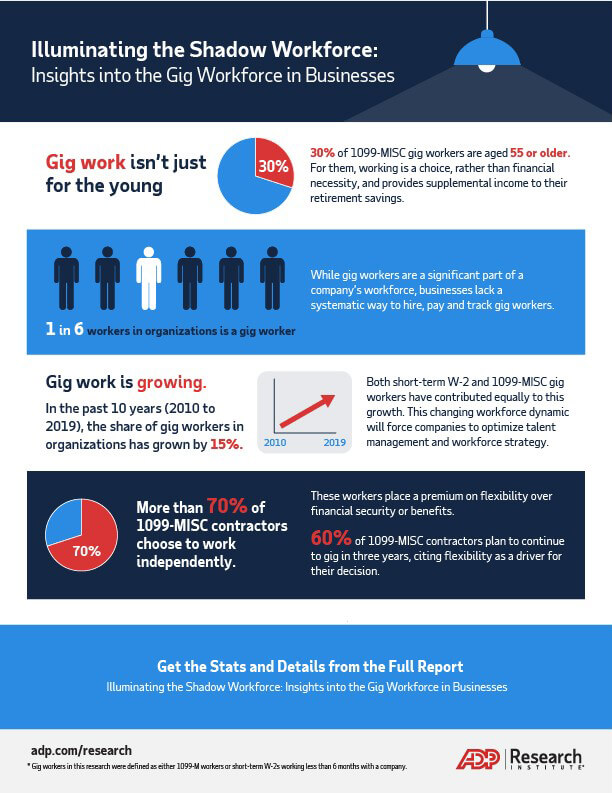