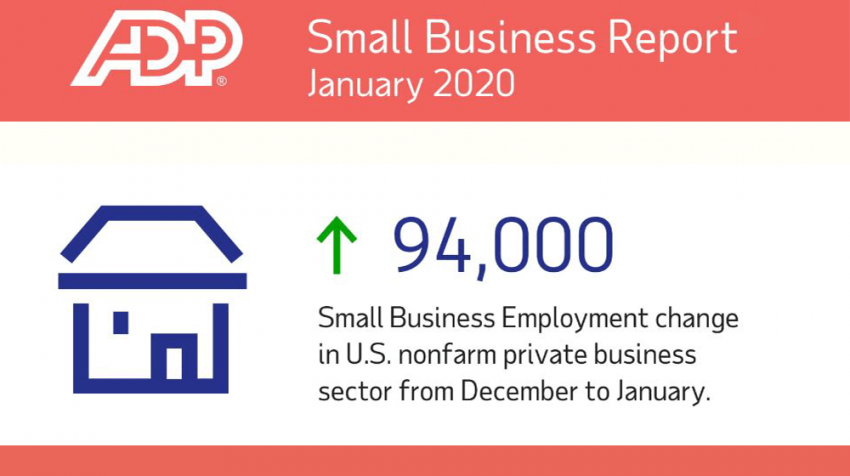 The historic low unemployment and sustained job growth is continuing as 2020 begins the year with a bang. According to the January 2020 ADP Small Business Report, the private sector employment for the segment increased by 94,000 new jobs.

Overall ADP is reporting a total of 291,000 jobs in January. This is almost 100K more than December’s 202K jobs. On the other hand, the franchise report was also positive, adding 45,100 jobs for the month.

The good news for small businesses is the strong economy is creating more opportunities. This includes the signing of the United States-Mexico-Canada Agreement (USMCA) by President Trump on January, 29.

The new agreement will give small businesses exporting to Canada and Mexico fewer regulations and more prospects to grow their business. Furthermore, there is more optimism regarding the trade dispute with China. The signing of Phase One by President Trump is moving the talks forward to end the trade dispute completely.

Ahu Yildirmaz, vice president and co-head of the ADP Research Institute, further explains the data in this month’s report. Yildirmaz points out, “Job creation was strong among midsized companies, though small companies enjoyed the strongest performance in the last 18 months.”

She goes on to say, “Goods producers added jobs, particularly in construction and manufacturing, while service providers experienced a large gain, led by leisure and hospitality.”

The 94,000 jobs by small businesses come from companies with fewer than 49 employees. And the bulk of the jobs or 68,000 of them come from organizations with 20 – 49 employees.

As usual, the service-providing sector is responsible for creating the most jobs with 71,000. The goods-producing sector is considerably higher this month with 23,000.

The past several months have been a boon for franchises. They have been reporting some very impressive numbers when it comes to jobs. This month was no different as the sector reports 45,100 jobs in January.

With restaurants dominating the segment, it is not surprising they are responsible for 40,400 of the jobs. Auto parts and dealers are next with 5,400 jobs and business services eked out the remaining 100 jobs. 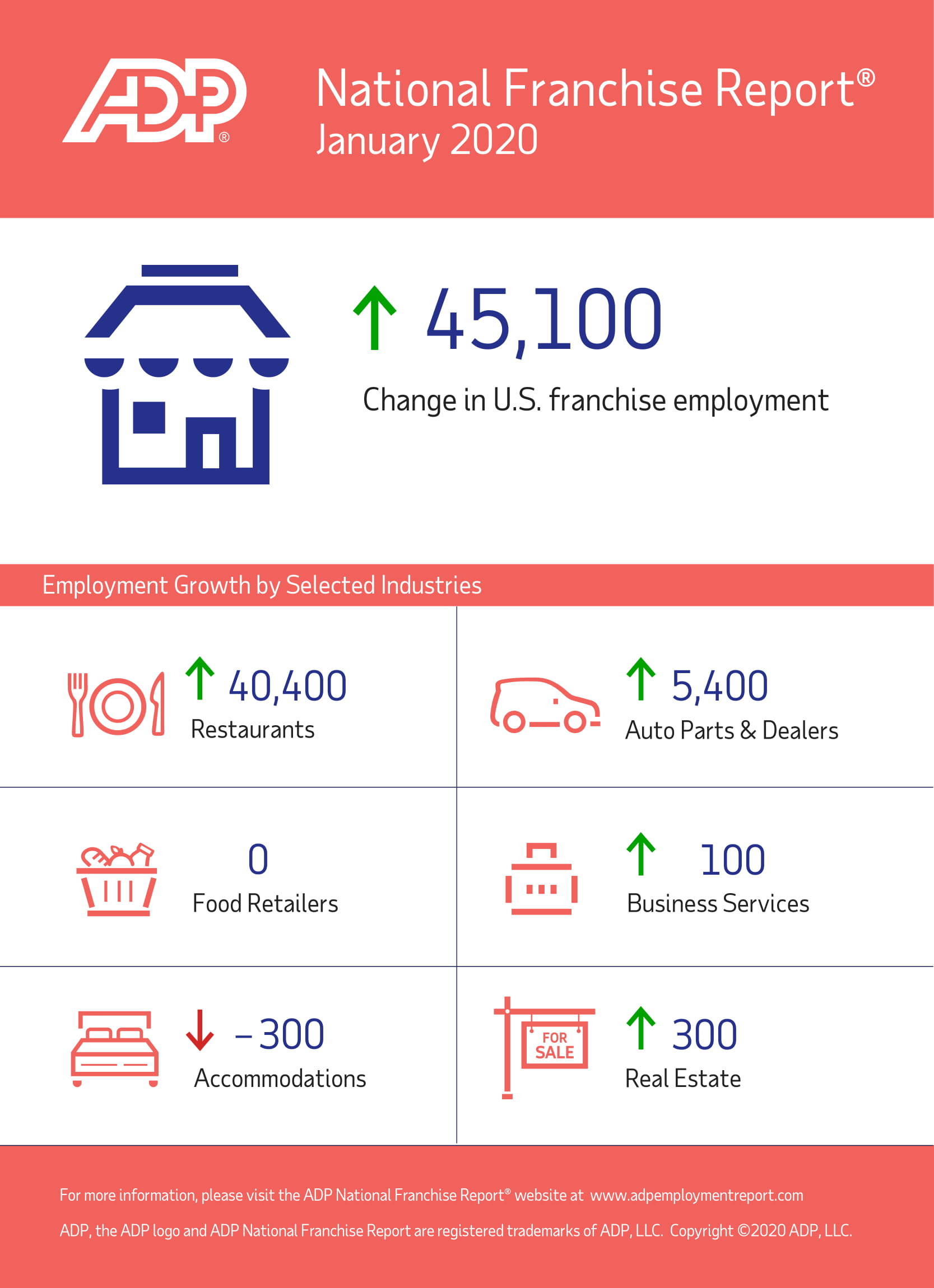 With a total of 291,000 jobs in U.S. nonfarm private sector employment in January 2020 is heading to a great start.

For January, midsized companies with 50 – 499 employees were responsible for creating the most employment with 128,000 jobs. This was also the case for December when it generated 88,000 jobs.

The growth in January is in part due to the leisure and hospitality sector, which managed to create 96,000 jobs. Education and healthcare as well as professional and business also made some noteworthy contributions.