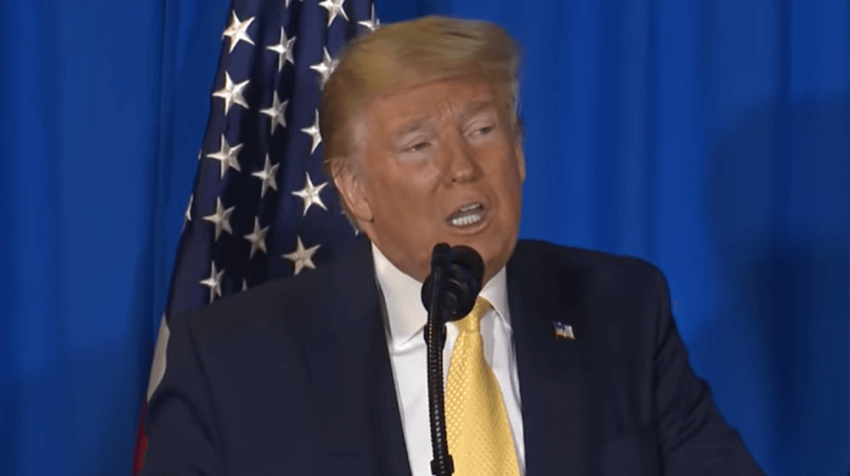 When it comes to the President, the net approval rating is at 64%, a four percent increase from the previous quarter. Even more impressive is the fact that it is nearly the same for both male and female respondents. While 65% of men approve of the President, 61% of women are also showing their support. The four-percentage difference is almost a statistical dead heat.

image: SurveyMonkey
Not only has their confidence in President Trump has increased, so has their self-confidence. Compared to the fourth quarter of 2019, small business owners are more optimistic about the future of trade.

However the signing of the USMCA and Phase 1 trade deal with China in January 2020 by President Trump has eased the anxiety.

Adding, “More small business owners now than in any of the past 12 quarters don’t foresee government regulations or tax policy having big effects on their business in 2020, and their overall buoyant outlook signals this lack of upheaval is a welcome change.”

One of the biggest grievances small business owners had with past administrations is the number of regulations. Before and after his election, President Trump addressed the crippling effect of regulations.

During his campaign, he said, “Businesses are being stifled by over the top regulation and reporting requirements. No industry seems to have been saved from this issue over the last seven years. The burden in cost and time alone can put a Small Business out of business.”

And 10 days after the inauguration, he signed an Executive Order directing federal regulators to eliminate two regulations for every new small business regulation. Small businesses are now freer to grow their business.

The Q1 SurveyMonkey online poll was carried out from February 3 through 10, 2020. A national sample of 2,118 adults was selected with data weighted for age, race, sex, education, and geography.

With the Presidential election just on the horizon, the issue that matters most to business owners is jobs and the economy (33%). Healthcare is next at 19%, with the environment and immigration at 12% and 11% respectively.

As to small business confidence, it is up from 59% in Q4 to 61% in the first quarter of 2020. The report says it is because of the optimism of small business owners regarding regulation, tax and trade policies. This, in turn, is responsible for 56% of owners stating business is “good.”

The positive outlook has 60% of the respondents saying they expect their revenue to grow in the next 12 months. During the same period, another 32% expect to increase their workforce and 60% expect an increase in their revenue.

The biggest challenge small business owners face is acquiring new customers at 23%. Finding qualified employees to fill open positions is next at 19%.

Finding qualified talent has been an issue for small businesses for the past couple of years. The record low unemployment number at 3.5% (a 50-year low) is in great part responsible for this. In turn, 16% of the respondents say they have positions that are open for at least three months.

The labor shortage is also being exacerbated by the increase in the minimum wage. According to the report, more than 20 states have raised their minimum wage at the start of the year. Owners say the increase in wages will result in less profit (22%), less revenue (14%), cut worker hours (14%) and lay off workers (8%).

However, more than half (57%) say the increase in the minimum wage will have no impact in 2020.