5 Best Kept Secrets of People Who Work Faster Than You 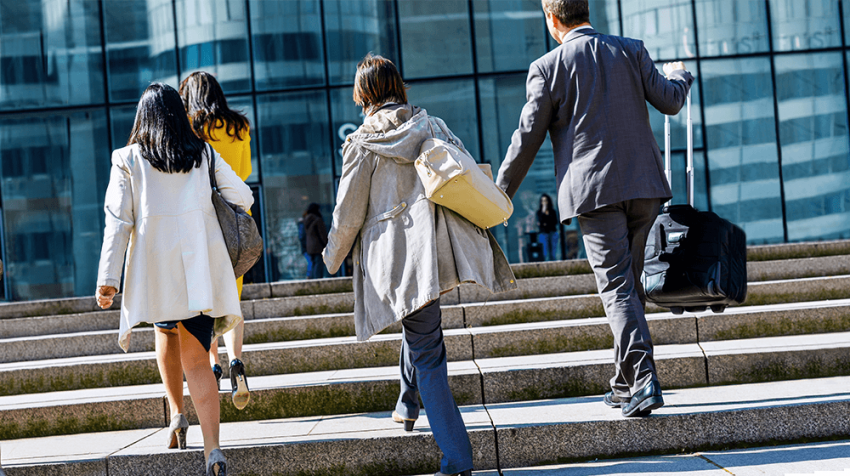 Have you ever had a coworker who seemed like they could do everything that you do, only faster? They write emails in record time, they finish their work on projects before you, and they always seem on top of their tasks and responsibilities.

How is it that these people can work so quickly, leaving the rest of us in the dust? Were they simply born to be work-cranking machines? Or is there something more to the story?

There are a multitude of factors that enable people to work quickly, but most factors are a product of conditioning, environments, and practice—all of which are entirely within your control.

Here are the best-kept secrets of fast workers:

1. They’re Engaged with their Work, which Boosts their Motivation

This may or may not be obvious, but fast workers tend to be more engaged and motivated than their slower counterparts. One study found that engaged employees are 38% more likely to report above-average productivity.

The major variable to consider is how they’re motivated. For example, some people take pride in being the fastest or most efficient worker within a team, so they’re intrinsically self-motivated and driven by a competitive spirit. Others may earn benefits based on their performance, and are externally motivated; for example, they may be in a position to earn a bonus if they complete work by a certain time.

Whatever the case, the most productive workers have a source of significant motivation. If you want to close the gap, you’ll need to find a new way to motivate yourself. What’s driving you?

2. They Get Something on Paper (and Edit Later)

Though the attribution is somewhat disputed, Ernest Hemingway is said to have once proclaimed that “the first draft of anything is s***.” On the surface, it sounds discouraging, but with the right frame of reference, it’s actually motivating—and fast workers understand why.

Many of us work slowly out of perfectionism, or a fear of not doing our best. We sit down to draft an email or a report, and find ourselves frozen in place, afraid to move forward. Well, I have another quote for you, from Winston Churchill: “Perfection is the enemy of progress.”

Your first work is probably going to be imperfect no matter how long you agonize over it. The difference is, fast workers realize this and overcome their initial apprehensions. They get something on paper, unafraid and accepting of imperfections, and edit it later (or accept it as is). No matter what, they get their work done faster.

3. They Get Control Over their Distractions

Distractions are one of the biggest productivity killers in the modern world, in part because we’re prone to underestimating how powerful they are. Some studies suggest it takes up to 23 minutes to fully recover from a distraction at work, meaning even a single notification could disrupt you for nearly half an hour.

Fast workers find ways to get rid of their distractions, or gain control over them. There are many possible solutions, including blocking distracting websites, disabling notifications, isolating yourself, and closing all your communication apps. But not everyone is willing to work proactively to utilize these solutions.

4. They’ve Developed and Perfected a System

Fast work is usually the end result of a long process of planning and optimization. The most efficient workers are ones who have done a task a thousand times, and through trial and error, have discovered a perfect, systematic way to approach it.

For example, they may accomplish steps in a certain order, or may have a ritual they follow when beginning a project. They may also use specific tools or resources for the job, or work during different hours to capitalize on the natural peaks of their energy.

You might think the best approach would be to copy one of these systems, but it isn’t—because every worker is different. Instead, the right approach is to experiment, measure, and evaluate your results.

Only through experimentation on your own will you be able to determine which tactics, procedures, and tools allow you to work your best.

5. They Take Care of Themselves

Finally, fast workers take care of their personal health. For example, even a short-term loss of sleep can have a devastating impact on your ability to think and work. Unhealthy foods can lead to a sugar crash that leaves you fatigued. And even a small drop in hydration can lead to a massive drop in performance.

Whether they strive for it or do it naturally, fast workers tend to pay attention to these key areas. They get plenty of sleep, drink lots of water, eat healthy foods, exercise daily, and take breaks and vacations when necessary.

Don’t spend all your time optimizing for speed and productivity. Getting more done remains the best course of action in almost any scenario. But considered this in balance with other factors. Don’t neglect the quality of your work and your personal satisfaction.

That said, there are ways to keep all other variables related to your work equal and still improve your capacity for fast, productive work. Learn from the people around you, and experiment with new approaches until you find a system that works.

Jayson DeMers is the founder & CEO of EmailAnalytics, a productivity tool tool that connects to your Gmail or G Suite account and visualizes your email activity -- or that of your employees.
One Reaction
Subscribe
Follow @smallbiztrends
RSS LinkedIn Pinterest iTunes